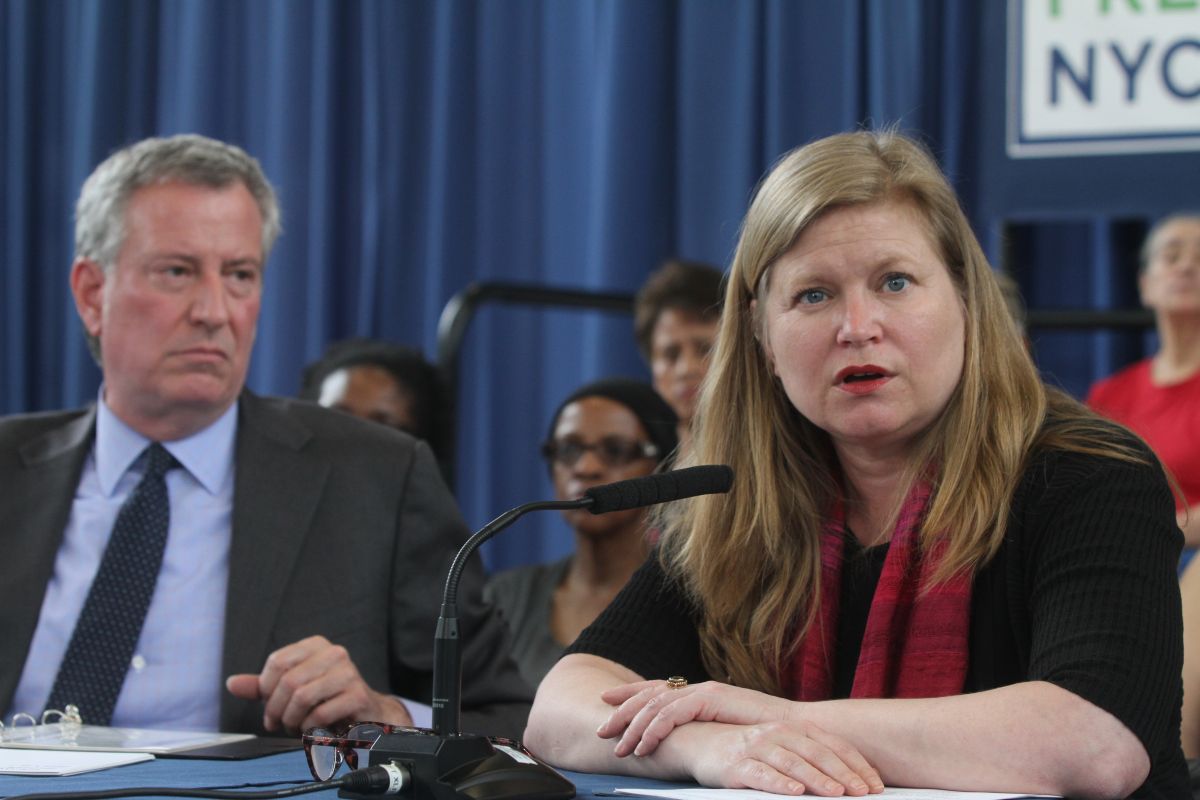 Kathryn García was part of the De Blasio Administration as Health Commissioner and Hunger Czar.

2021 it will be an election year again for New York City, and as the deadline for mayoral candidates of the Big Apple to register their candidacies, to the already long list of competitors for the chair he currently holds Bill de Blasio, joined this Thursday Kathryn Garcia.

The former Health Commissioner and the Czar against hunger, who was part of the De Blasio Administration, until September when she announced her retirement in search of her political path, made the announcement through Zoom, where she claimed to have the necessary leadership and experience. To deal with crises, what you mentioned is essential to move the city forward.

“The next mayor of our city will make things or ruin them. In the depths of overlapping crises, we must still have bold vision and be true to the fighters that we all are. That is why I am competing ”, assured the new candidate. “I will be ready for whatever needs to be done… when you have more than 8 million as your responsibility, there is no room to fail “.

García, who comes from a family of 5 siblings, also assured that he hopes that the Big Apple make it affordable again the one she grew up in, where “diversity and respect” are seen as a win.

“I want this city to work for each family, like mine, as it did for mine when I grew up. Brooklyn in those days was a place where my parents could raise their 5 children, ”he commented, also highlighting the importance of financial management. “The success of New York City, at the end of the day, means proper budget management (…) This is not the federal government, where they can print money, and it is not a database on a Wall Street computer. New Yorkers are looking for a mayor who does not need to learn on the job and has the experience necessary to make a quick recovery. “

In his fight for mayor, which will have the Democratic primary elections on June 22 of next year (not in September as usual) and the general elections on November 2 of the following year, García will have to measure himself against several candidates, in which there are some prominent figures from his party and others new candidates in the political arena.

To the long list, which is not yet closed, he joins, among others, the comptroller Scott stringer, the concilor Carlos Menchaca, the activist Dianne Morales, the Brooklyn Borough President, Eric Adams, the former president of the Civil Complaints Review Board Maya wiley and the former Secretary of the Obama Administration for Housing and Urban Development (HUD), Shaun Donovan.

Likewise, and according to different media, the businessman and former Democratic presidential candidate could also register his candidacy in the coming days. Andrew Yang, to whom the initial polls, to jump into the ring, give favorability. The former president of the Council and director of the WIN shelters, Christine quinn It has also sounded like a possible candidate, but she has not made any mention of it.