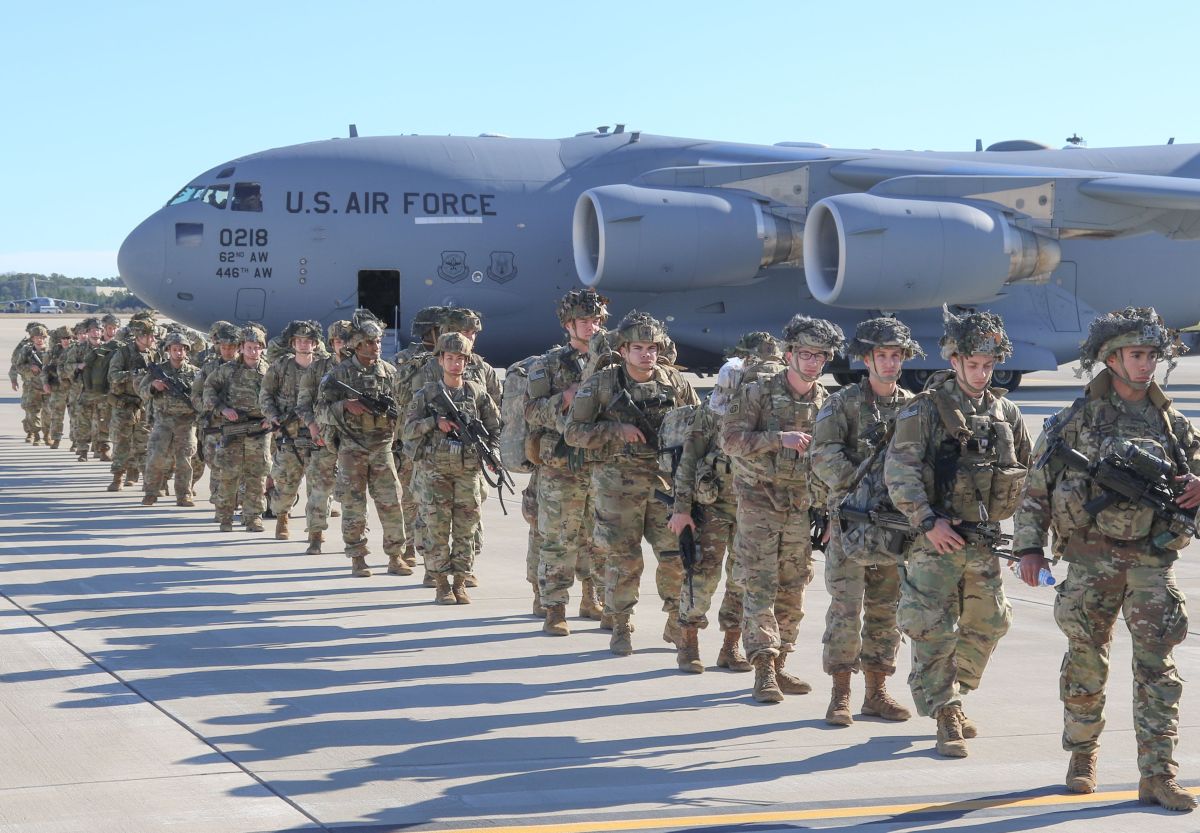 Archive image of US soldiers.

María Guadalupe Martínez, the mother of Enrique Román Martínez, soldier from the military base of Fort Bragg, North Carolina, who was beheaded, does not overcome the fact of not having been able to say goodbye to his son.

Martínez did not have access to his son’s remains; He could only read the forensic report that confirms that the 21-year-old was the victim of a “homicide by indeterminate means.”

“My mother’s heart, since I didn’t see it, I couldn’t see it in the drawer, let them open it and see it myself, so be her head,” the woman said between tears in an interview with the Univision network this week.

“I feel that, in order to cut his neck, they pulled his hair to be able to stretch it, he has a cut here (he touches his cheek), he has a bump, like he was hit on his cheek,” added the parent.

“You know what hurts me the most when they read me that my son didn’t have little eyes,” lamented Martínez.

The military man was killed in May while camping with seven other soldiers on the occasion of the weekend of Memorial Day in the Cape Lookout National Seashore area, on the coast of that state.

The report obtained by The Fayetteville Observer reveals that the Hispanic soldier suffered multiple jaw injuries and cervical spine fractures. Six months have passed since the crime and the authorities have not found the rest of the body, so to arrive at the results, the forensic team only examined the head of the deceased.

“While decapitation is, in itself, universally fatal, the rest of the body in this case was not available for examination and, therefore, possible causes of death involving the torso and limbs cannot be included” , read the forensic report of November 4 made by personnel of East Carolina University.

In view of the inconsistencies, Román Martínez’s mother and other relatives are demanding a thorough investigation leading to the arrest of those responsible.

“There were seven friends who accompanied him and who do not want to say what happened,” questioned the mother.

Since late June, investigators have offered a $ 25,000 reward for information leading to the clarification of the case. “We encourage anyone with information related to this case, no matter how small, to contact the Fort Bragg CID Office,” shared the 82nd Airborne Division.