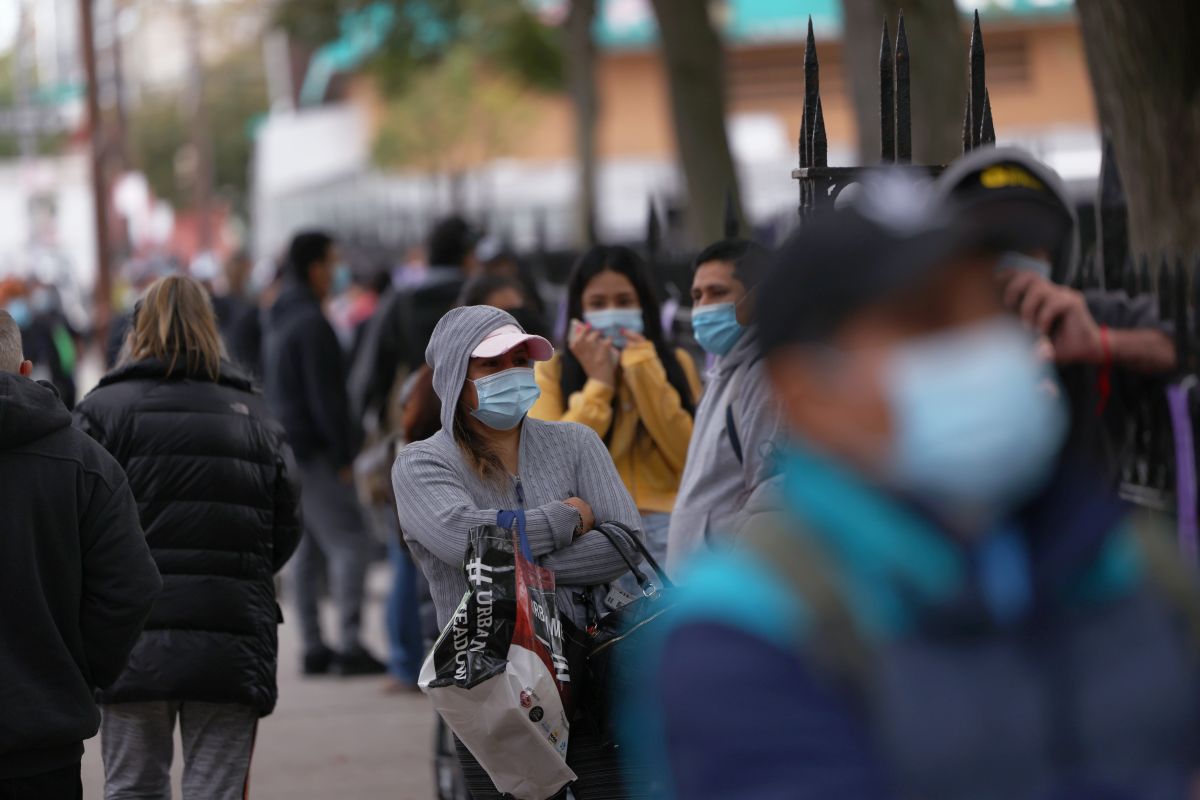 NEW YORK – A bipartisan bill that seeks to address food insecurity caused by the COVID-19 pandemic, which would establish a permanent program for the distribution of surplus agricultural products to food banks, was announced by State Senator George Borrello and Assemblywoman Catalina Cruz.

The initiative of the Republican Borrello, which represents District 57 that includes the counties of Chautauqua, Cattaraugus, Allegany and part of Livingston County in the west of the state, and the Democrat Cruz, of District 39 of Queens, seeks to extend the Nourish New program York introduced in April last year by Governor Andrew Cuomo, to rescue families and farmers affected by the changes brought on by COVID-19, particularly disruptions in the food supply chain.

Borrello is a member of the Senate Agriculture Committee and has more than 3,000 farms in his district that serve New Yorkers across the state.

Queens District 39, which comprises Corona, Elmhurst and Jackson Heights, neighborhoods that were drastically affected by the COVID-19 pandemic, is one of the only boroughs in New York City without a permanent food pantry.

According to lawmakers, food insecurity is at levels not seen since the Great Recession. The initiative announced Wednesday in Corona, Queens, where Borrello and Cruz volunteered at a weekly food distribution site sponsored by community organizations La Jornada and the Queens Museum.

“The COVID-19 crisis has reminded us that many families are just a check or two away from food insecurity. The data indicates that, since the pandemic, approximately one in ten residents of the state has problems feeding, with a quarter of those reporting that this was a new problem for their homes, ”said Senator Borrello.

Assemblywoman Cruz noted that as a result of the COVID-19 pandemic, both nonprofits and government entities have been fighting for resources to ensure that the basic needs of her district residents are met.

“At the height of the pandemic, food lines stretched for miles with no end in sight and without a permanent or sustainable source of produce. As the crisis continues and food insecurity becomes more severe, this bill aims to provide a state channel to put food on the table for those who need it most, ”said the legislator.

“While the districts that Senator Borrello and I represent are hundreds of miles apart, our constituents share common ground in their dependence on each other for survival,” added Cruz.

Since last June, the organizations have come together to serve up to 1,000 Corona, Queens families every Wednesday, distributing fresh produce and non-perishable food.

La Jornada, which has been supported by Nourish New York and other federal agencies with sources for funding, recently received notice that the grant from the Department of Agriculture (USDA) will be suspended. The news has caused great uncertainty about how the organization will address the needs of the thousands of families they support in that area of ​​Queens.

How the program would operate

According to lawmakers, the proposed law directs the New York State Department of Agriculture and Markets to provide technical support for the development of an ongoing initiative to provide surplus New York agricultural products to communities in need. This distribution will be done through a network of food banks and other emergency food providers throughout the state.

“The economic recovery for many of these struggling New Yorkers will extend beyond the pandemic, which is why it is critical that we commit now, to permanently establish and expand through legislation, food aid programs like Nourish New York, which they benefit both our farmers and those in need, “added Borrello.

The Nourish New York program was developed with initial state funding of $ 25 million, resources that were channeled to the purchase of food and products from upstate farms and food producers for distribution to food banks throughout the state. . Another $ 10 million was allocated to the program in late October to maintain the program through the end of the year.

Help for families and farmers

David Fisher, president of the New York Farm Bureau noted that Nourish New York has proven to be a valuable relief program in New York State, connecting the food farmers produce with people in need.

“The New York Farm Bureau supports the expansion of the concept, making it a permanent program that will help farmers move their excess production while seeking to help every New Yorker put food on their table. This has been a challenging year and we thank Senator Borrello and Assemblywoman Cruz for their response as we move forward working together, ”Fisher said.

Pedro Rodríguez, executive director of La Jornada recalled that 2020 was a year of historic challenges, particularly for the most vulnerable who were affected by the pandemic.

Ensuring that the Nourish New York program becomes permanent will provide much needed relief for our neighbors in distress. On behalf of our 10,000+ clients, we want to thank Senator George Borrello and Assemblywoman Catalina Cruz for pushing to continue a program that is helping thousands of New Yorkers, and for being a beacon of hope in our darkest time, ”said Rodríguez.

Sally Tallant, president and CEO of the Queens Museum said the museum began hosting the food distribution initiative in June, it has been a great success, feeding and caring for thousands of Queens residents.

“One of the most impactful aspects of this collaborative initiative has been our ability to put fresh fruits and vegetables into the hands of residents on a weekly basis. State-supported food aid programs will play a critical role in maintaining this service and ensuring that the basic needs of Corona families, as well as small food producers, are permanently met for the duration of this health crisis. ” Tallant declared.