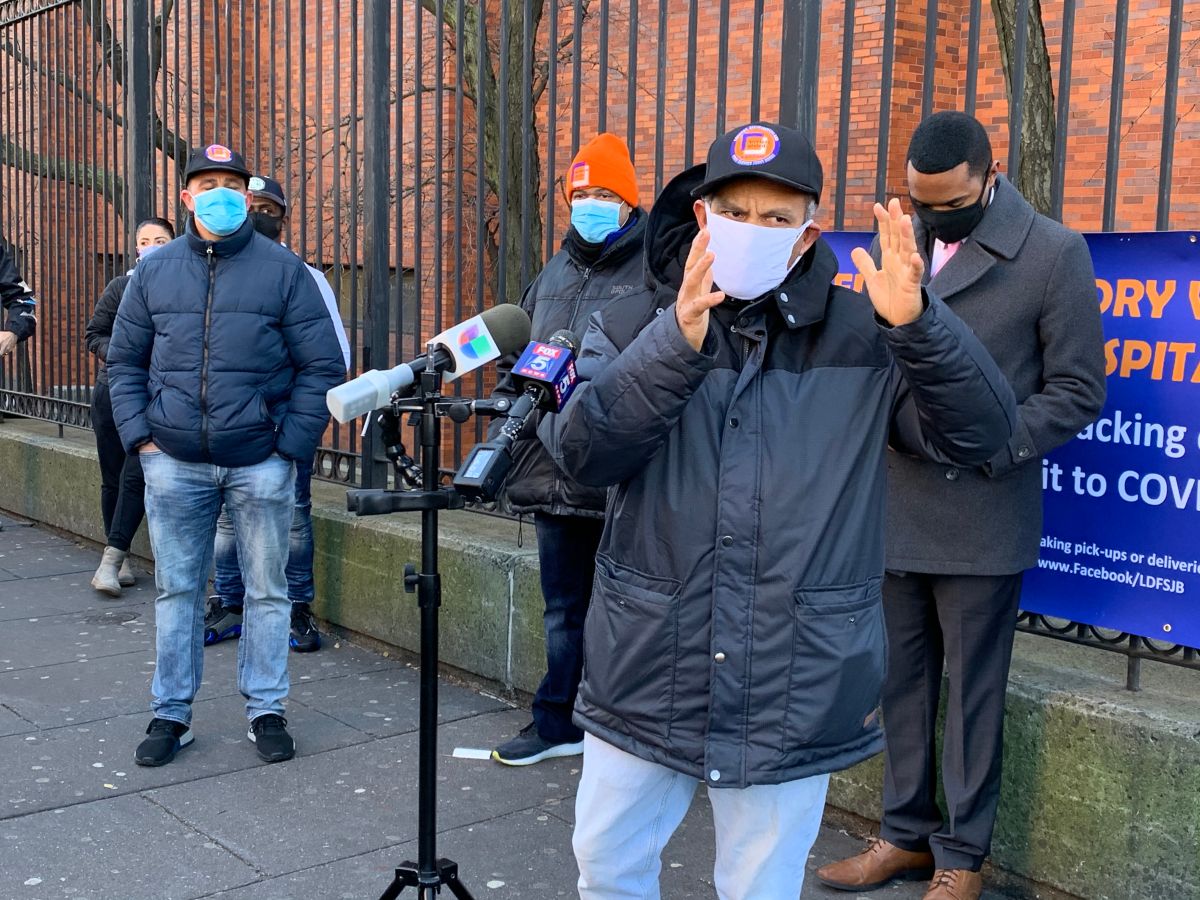 Tens of laundry workers to which hospital gowns, sheets, towels, surgical gloves and bed covers are sent daily from the 11 New York City Public Hospitals, were planted this Thursday in front of the Lincoln Hospital, in the Bronx, to demand protections from the surge overflow from COVID-19 infections what is happening and what is expected it will increase in the coming days in the Big Apple.

Protesters, members of the Joint Union of Laundry, Distribution and Food Service Workers, they demanded to the Unitex company, contractor paid by the City that it offers services to hospitals, that it gives them the necessary protective equipment and that it cease its attempt to take away pension benefits. They also asked Health + Hospitals, which manages public hospitals that side with these employees, adding to the demand for better working conditions and protections against the coronavirus.

“These workers have been cleaning hospital bedding during the pandemic, including some contaminated pieces of Covid, putting themselves at risk and doing it in a compromised way, so we can’t turn our back on you now when Unitex refuses to commit to giving them basic protections, “said Megan Chambers, co-director of the laundry workers union.

The union leader stressed that of the 1,100 workers dedicated to these tasks, 90% are Latino, a community disproportionately affected by the impact of COVID-19 in the Big Apple, for which it called for support from hospitals.

“We want the heads of public hospitals to join us to tell Unitex that they have to give fair contracts and guarantee their basic security, in terms of Covid. It would be outrageous, at this time, to take away benefits that they have enjoyed for decades, since workers respect the community and Unitex has to respect them ”, Chambers added, warning that if there were a massive strike by hospital laundry workers, there would be a crisis that would not be “irresponsible” to allow by Unitex.

The protesters assured that the contractor company in question has revenues of $ 150 million a year, so they cannot be allowed to leave workers behind in protections, wages and pension benefits.

Mateo Canela, who has been working for Unitex for 20 years, denounced that not only in his workplace is social distancing between employees not respected, but also that they do not have the necessary protective equipment and that several of his colleagues have tested positive for COVID-19.

“They are using us and just at such a difficult time they want to take away the pension benefits. We cannot allow that and I ask the City to help us, because they are the ones who pay that company and have the right to demand protections for us, ”said the worker, who also asked that workers be tested in his workplace, as a preventive measure.

Maritza garcia, another of the laundry workers, criticized that at work sites they do not even have access to protective materials at hand.

“This company does not value the sacrifice we make by putting our lives at risk and not only do they not give us the protection we need, but they even gloves keep them locked up“Said the Salvadoran.

The councilor and Congressman-elect Ritchie Torres, joined the protest and asked not to gamble with the health and lives of the workers. “These essential workers deserve to be treated with dignity and respect and working in an environment where they receive their own protections to ensure their safety. And Unitex has to do the right thing. “

Mark Levine, president of the Municipal Council Health Committee, also accompanied the protesters and made a call to Health + Hospitals to step forward for the workers.

“Health + Hospitals are the ones that deliver the contract and can require certain measures. It is our obligation to demand a fair contract for these employees who help us keep our hospitals clean and safe every day. Without them, no hospital could function“Said the councilor. “We cannot allow the company that we as the City paid more than $ 50 million dollars to ignore their claims. There must be transparency, Unitex must report every time there is a COVID patient and offer a reasonable increase, give measures for their health and a fair contract with the benefits they deserve ”.

We requested a comment from Health + Hospitals on the workers’ complaint and they assured to respond in the next few hours.