The former president harshly criticized his successor at the funeral of historic activist and politician John Lewis.

Amid the political storm over Donald Trump’s suggestion to postpone the November elections, Barack Obama gave this Thursday one of his sharpest speeches since leaving the White House.

The former US president launched harsh criticism of the Trump government, even comparing his policies with that of former Alabama Governor George Wallace, one of the most prominent advocates of racial segregation in US history.

And he did it no less than at the funeral of the African American civil rights leader John Lewis, where he also went on to say that the American political power is “attacking voters’ rights with surgical precision.”

He also listed a series of electoral reforms that he proposes as he did not do long ago.

John Lewis, who passed away on July 17, was one of the so-called “big six” leaders in the fight for black rights in the last century in the United States.

Along with Martin Luther King Jr, he was the organizer of the historic 1963 march in Washington in which the Baptist pastor made his famous “I have a dream” speech.

Obama on the offensive

“Today we witness with our own eyes, police officers kneeling on the neck of black Americans,” he said, referring to the death of George Floyd a couple of months ago.

“George Wallace may not be there anymore, but we have been able to witness how the government sends agents to use tear gas and sticks against peaceful protesters,” he added.

Referring to the November presidential elections, he said that in the current government, “everything possible is being done to discourage people from voting” by closing polling stations and imposing “restrictive identification laws” on minorities and students. 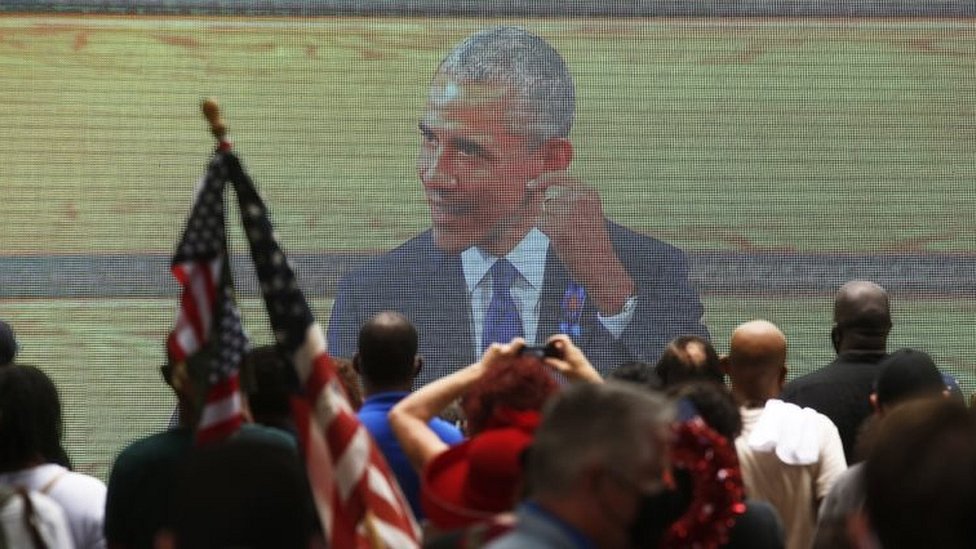 EPAA giant screen was installed outside the chapel to broadcast Obama’s speech.

Earlier Thursday, Trump hinted that presidential elections should be delayed because, according to him, voting by mail (which many are turning to amid the coronavirus pandemic) may allow the “most inaccurate elections to occur. and fraudulent of history ”.

The US is scheduled to elect its next president on November 3 of this year.

Obama also proposed a series of voting reforms in the United States.

He demanded that Americans be automatically registered to vote and create new polling stations to expand early voting.

He also raised turning election day into a National holiday so that workers have free time to vote.

And he asked that people in Washington and Puerto Rico have the same representation as other American citizens.

Washington is a federal district and therefore has no representatives in Congress.

Puerto Rico is a free state associated with the United States in which the participants do not have representation in Congress and whose population cannot participate in the presidential elections.

Finally, he called for an end to obstructionism or filibusterism, the act of making long speeches and debates in Congress and spending the time assigned to a bill, and thus avoid its approval.

Jim Crow laws imposed the racial segregation in the southern states until 1965 and were used to deprive blacks of rights.

“If all this requires eliminating filibusterism, to ensure the rights granted by God to every American, then that is what we must do,” he said. 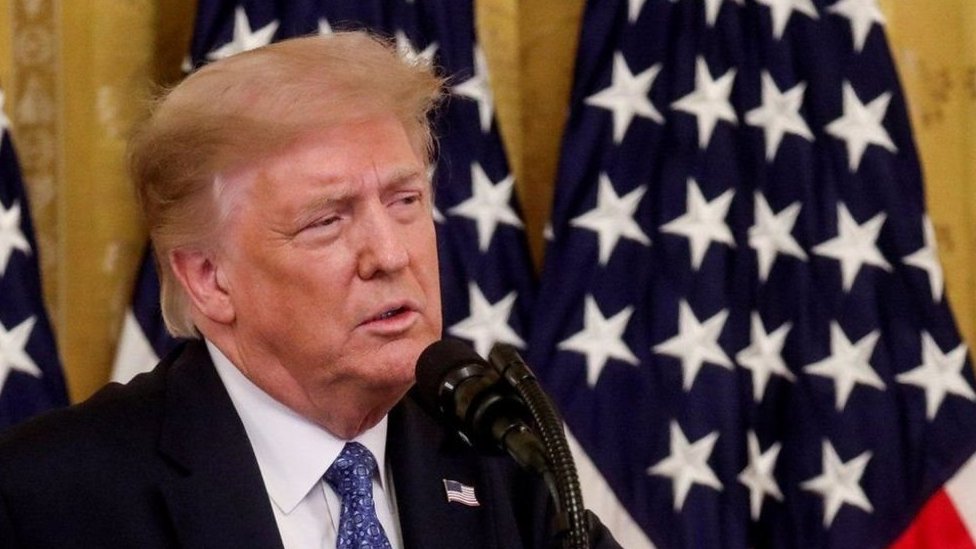 . Trump opened the possibility of suspending the elections on November 3.

With less than 100 days until the November presidential election, Barack Obama sharpens his political rhetoric.

While I have no hesitation in veiled criticism of Donald Trump in the past, in May he said that the coronavirus “had finally torn the curtain on the idea that many of the people in charge know what they are doing.”

The tribute to John Lewis was perhaps his most prominent political speech since the 2018 midterm legislative elections.

He drew a line from Alabama Governor George Wallace’s segregationist policy in the 1960s to “attacks on democracy and what we are seeing circulating now in the United States.”

He advocated specific policies, such as calling for Puerto Rico and Washington, to expand voting rights protections and end Senate practice that allows a minority in the house to block new law.

Some of what Obama said in his speech was new. Other parts a repetition of previously announced positions. The former president, however, framed his entire speech in terms of an ongoing fight for a “fuller, fairer and better America.”

For three and a half years, Donald Trump made an effort to dismantle Obama’s presidential legacy: healthcare, immigration, weather, foreign policy, and more.

Obama’s attitude on Thursday suggests he knows he has only a few months to help prevent his successor another four years from finishing that job. 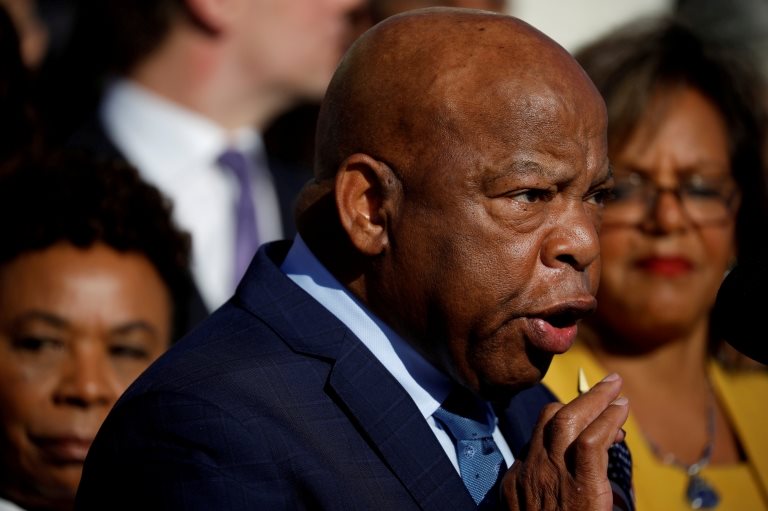 . John Lewis was a historic advocate for African American rights.

The tribute to Lewis

Paying tribute to Lewis, Obama noted that he had become the first African-American president of the United States thanks to the struggle of the black civil rights defender.

Lewis, in the words of a former president, did “everything possible to preserve this democracy and as long as we have breath in our bodies, we have to continue its cause.”

The funeral service was also attended by Bill Clinton and George W. Bush and the Speaker of the House of Representatives, Nancy Pelosi.

Republican Bush said he had his “differences” with Lewis, who was a Democrat, but claimed that the United States is “a best and noblest country today for John Lewis. “

During the civil rights movement of the last century, Lewis was one of the founders of the Nonviolent Coordination Committee for Students and later became its chairman from 1963 to 1966.

He was the last surviving speaker of the “big six” that organized the historic march in Washington.

Now you can receive notifications from BBC Mundo. Download the new version of our app and activate them to not miss our best content.