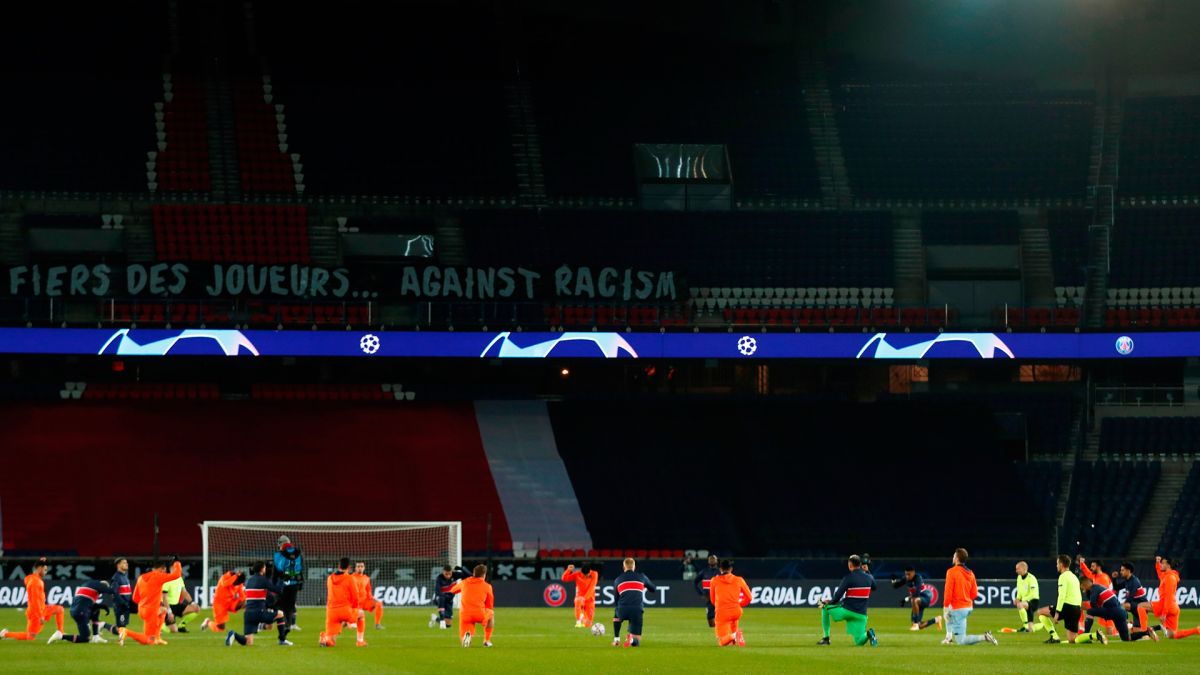 For the first time in history, the Champions League anthem was sung with the players kneeling in the center of the field in the match between PSG vs. Istanbul; to send a message against racism.

The players were kneeling, some with their fists up as a symbol of “No to Racism”, the image has already gone around the planet due to the participation of Neymar and Mbappé.

PSG and Istanbul Basaksehir players sent a message against racism ahead of the rescheduled Champions League match, as he was suspended on Tuesday for the racist insult given by the fourth official against a member of the Turkish team’s coaching staff.

The 22 footballers arrived at the Park of the Princes without any message, but once in the changing rooms they wore a shirt against racism and the shield of both teams, as well as the new referee body.

In the end the match ended 5-1 in favor of PSG who will finish first in their group, propelled by a Neymar in a state of grace, author of a triplet in a match played in two days by the interruption caused by an unprecedented racist insult.