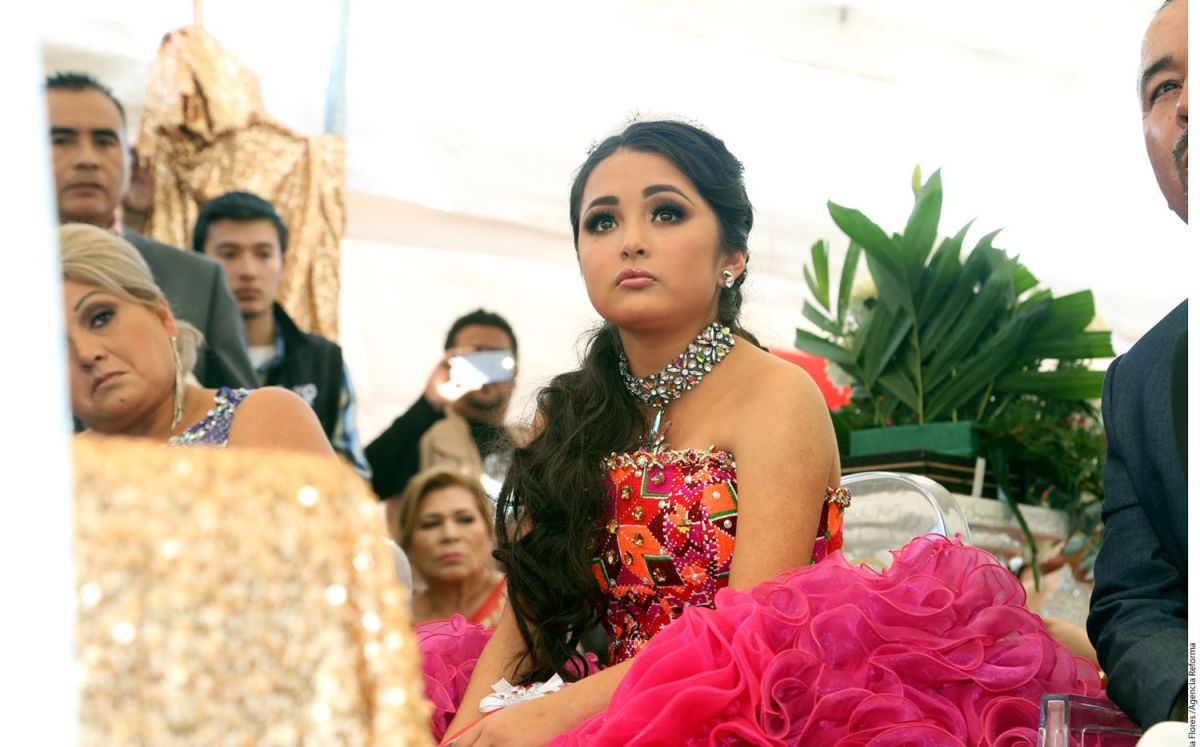 It was a little over 4 years ago when a young quinceañera named Rubí Ibarra rose to fame After the invitation to his XV Years party went viral due to the great celebration that his family decided to do, where the raffle of a “goat” would be a special attraction.

Rubí stopped being a classic quinceañera to become a celebrity thanks to the fact that several television stations in Mexico focused on her and the party, which ended up being a great dance sponsored by these companies, which was attended by hundreds of people, relatives and friends. not the Ibarra family.

Even, thanks to the phenomenon that Rubí became, the young woman tried to enter the world of entertainment, after proposals to become an actress rained down on her, although she opted for music, where she tried her luck a couple of years ago, without being successful.

Now, over the weekend, on social networks, several users speculated about the return of the most famous quinceañera in Mexico, only now in the world of politics.

Is Rubí, the famous quinceañera, looking to run for mayor?

Several Twitter users claimed that the now 19-year-old was looking to run for mayor from the municipality of Charcas, in his native San Luis Potosí, by the Citizen Movement party.

The news would have generated countless comments, mostly negative, towards the girl, where it was ensured that, once again, she was seeking fame however she gave rise, while others questioned her lack of preparation to occupy a political position like that .

Hours later, Rubí herself spoke through her Stories on Instagram, where she clarified the situation, ensuring that everything was a terrible mistake and that she did not intend to compete for any political office.

In addition, he pointed out the damage that this gossip had caused him, since there were those who dared to send him all kinds of threats.

“In social networks a topic is circulating, many people are sharing it, that supposedly I am going to run as (municipal) president here in Charcas. Which here I tell you is totally false… It is not true. I was not even aware of the situation ”, affirmed the famous quinceañera.

“Many people are starting to attack me on social networks, they are harassing me. I really can’t believe they are still naive and believe in tabloid pages ”, added.

Later, Ibarra decided to make a video where he makes it clear that the issue of politics is not of interest to him and that, most likely, the rumor started because there is a woman named Rubí Flores who is running for that position and maybe that’s where the confusion came from.

Do not believe the Fake News: Rubí Ibarra denies that he wants any public position in SLP pic.twitter.com/HzhrUzxnaj

“Politics is absolutely nothing of my interest. Nothing to do with that matters to me. I am in my own life plans and projects. Communication study, inclined to television … Stop believing everything you see on social networks. Don’t be naïve, ”he said.