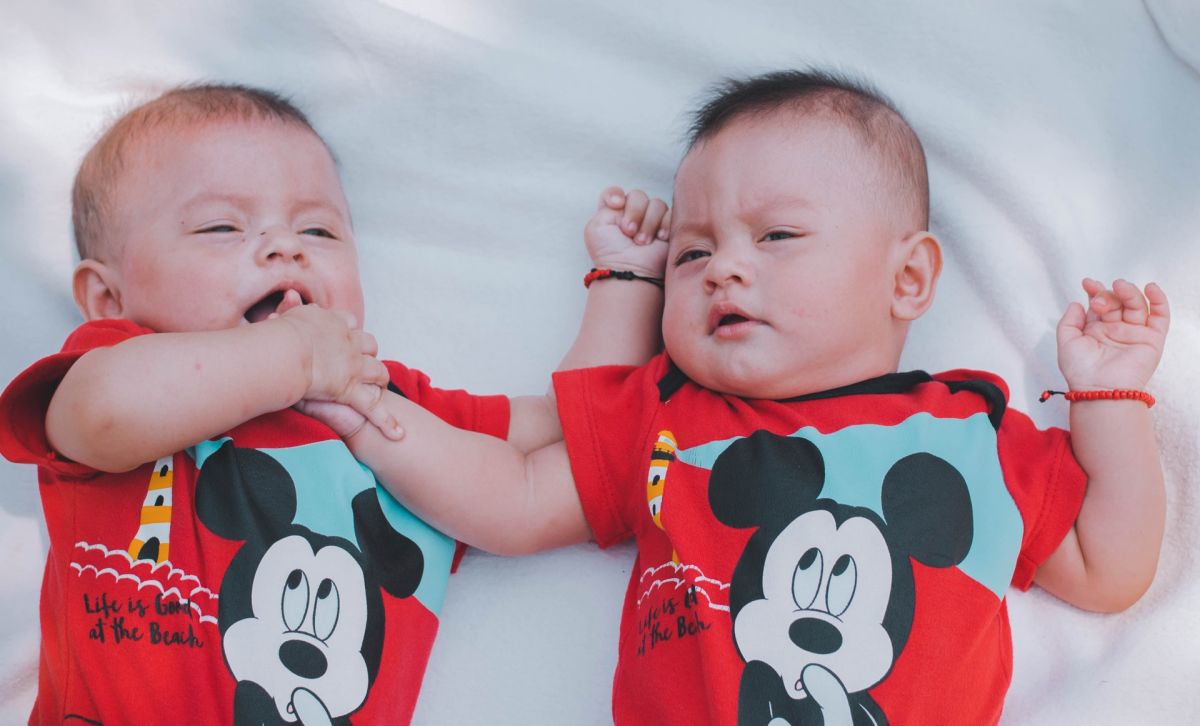 For those who have become parents of twins They may tell you that the first few days can be complicated, not only because caring for 2 newborns takes a long time, but also because it can be very difficult to tell them apart.

A mother who had twins made a drastic decision to recognize them, which was disowned by her mother-in-law and even by many people on the Internet, without knowing that behind it there was a powerful reason that supported it.

It turns out that this couple tried for more than 5 years to conceive a baby without being successful, so they resorted to in vitro fertilization treatment and that’s how the woman was able to give birth to identical twins whom Adam and Jack named.

But unfortunately, little Jack was born with a health problem that required an injection once a week while it is a baby and as time goes on, it may be supplied by oral medication.

The problem was that one day, her mother-in-law offered to take care of the twins and, unable to tell them apart, administered the injection to Adam. He soon realized his mistake; He informed the parents, and they took the baby to the hospital, where they gave him one medicine to counteract the effect of the other.

The mother shared this experience on social networks that after the experience, her mother-in-law did not want to take care of her grandchildren again, so they had to take them to the nursery, where the caregivers also told them that they were afraid of confusing them.

“I’ll be honest: my husband and I also confuse them sometimes,” said the mother, who commented on her concern. to his children’s pediatrician, who recommended giving Jack a medical tattoo.

“They explained that a freckle is tattooed, no larger than the tip of a pencil eraser, in an area of ​​the skin that is easily seen while the child is under mild sedation,” said the woman who added: “Due to the area , it usually fades in 2-3 years, but by then they should have developed more personal characteristics and may not need to redo it. “

So these parents decided to give Jack a medical tattoo, which was like a small brown freckle, no larger than 2 millimeters, on one of his earlobes.

Her mother-in-law found out about this and was very upset with them.

“I tried to explain, but she freaked out, so I put the two kids on the ground and told her to pick up Jack and find the tattoo… She’s still angry and ranting. I think I took the necessary precautions recommended by the doctor and the tattoo will fade with exposure to the sun and as it grows, ”added the mother of the twins.