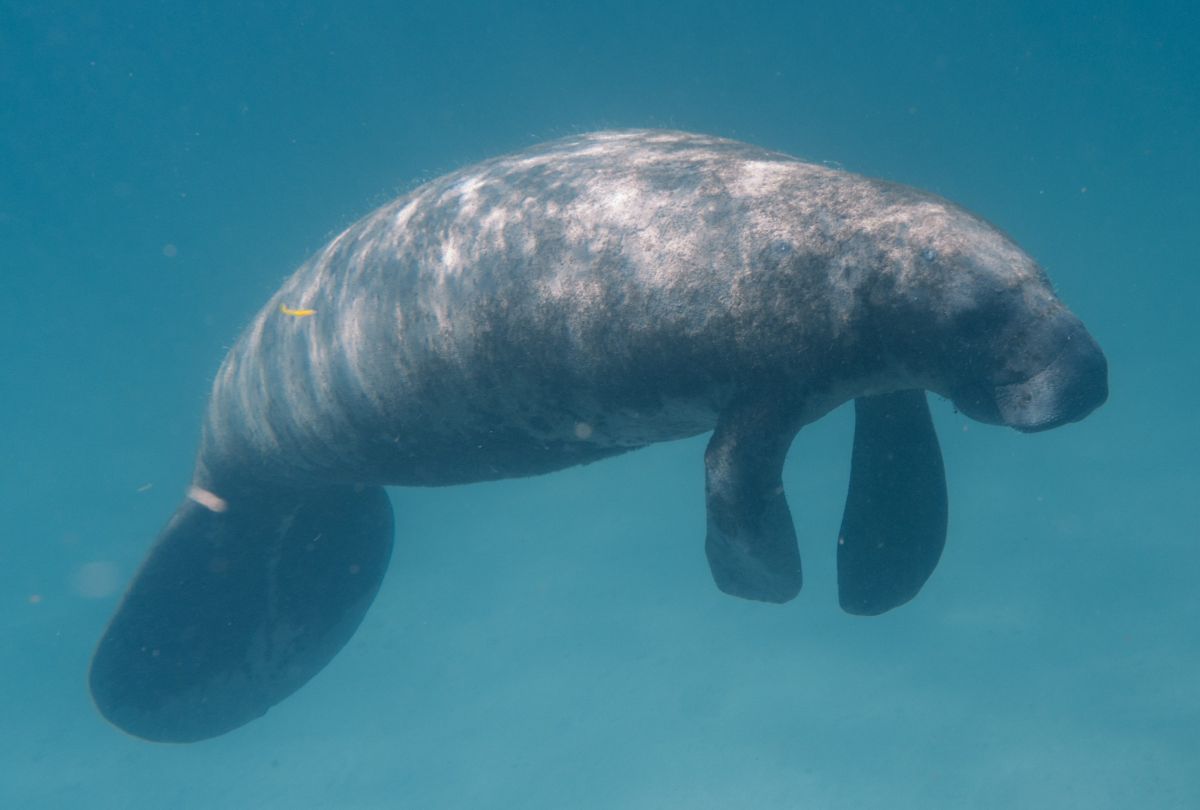 The Florida Center for Biological Diversity is offering a $ 5,000 reward to find those responsible.

A sea ​​cow in Florida it was mutilated this weekend when a video showed that the word “TRUMP“.

As the United States continues to bring protesters who violently stormed the Capitol last week to justice, hundreds of miles from Washington uncovered a different kind of violence. A group of people mutilated a manatee’s back by scraping the word “Trump” on its back, as reported by the Citrus Country Chronicle.

The U.S. Fish and Wildlife Service is investigating the harassment suffered by the sea ​​cow which was reported during the weekend when he was swimming in the Homosassa River, in the north of the state of Florida. In a broadcast video you can see the letters scraped on the mammal’s back that indicate the degree of trauma it suffered.

“The US Fish & Wildlife Service is investigating the harassment of a manatee… reported to federal authorities over the weekend discovered w / words” Trump “scraped in its back… discovered in Blue Hole on the Homosassa River” (via @CitrusChronicle )
–
Insurrectioning wildlife? pic.twitter.com/PvzI3pZ5Xn

Authorities have reported that charges will be brought against anyone found to be involved in the mutilation, injury and harassment of these animals. The culprits could be fined up to $ 100,000 dollars, according to the Fish and Wildlife Conservation Commission (FWC).

In 2019 the president Donald trump signed the Law for the Prevention of Cruelty and Torture of Animals in which intentional acts of animal cruelty they turn into federal crimes with up to seven years in prison, as reported by the newspaper The New York Times.

“Manatees are not billboards and people shouldn’t mess with these sensitive and endangered animals for any reason,” he said. Jaclyn lopez, Florida director of the Center for Biological Diversity (CBD), in a press release. “However, this political graffiti that was put on this manatee is a crime by interfering with these creatures that are protected by multiple federal laws.”

In Florida manatees receive special protection due to their vulnerability as threatened animals and to be in danger of extinction. These aquatic giants are under the protection of the United States Marine Mammal Protection Act of 1972, by the Endangered Species Act of 1973, and by the Florida Manatee Sanctuary Act of 1978.

Related: One of the assailants he disrupted in Congress took a lectern and auctioned it on eBay for nearly $ 15,000.

CBD is offering a reward of $ 5,000 dollars For information leading to those responsible for the mutilation of the manatee, anyone with information can contact them through the Florida Fish and Wildlife Conservation hotline at (888) 404-3922 or to email fws_tips@fws.gov.

⚠️HELP FIND WHO MUTILATED A MANATEE: US Fish and Wildlife Service is investigating who carved the word “Trump” on a Florida manatee. USFWS is looking for any information: cal Florida Fish and Wildlife Conservation hotline at 888-404-3922. https://t.co/FXQ2l3fYTj pic.twitter.com/jI9kL1BNe5

Manatee, also known as sea cows, are one of the most unusual and charismatic aquatic animals on the continent. Like cows, They feed on aquatic grasses, herbs, algae and they can chew the equivalent of one tenth of their own body weight in just 24 hours. This diet generates a lot of methane in your intestines and use this gas as a means to regulate their buoyancy that by retaining it, they can rise to the surface. As manatees dive, they can sink to the bottom, emitting gases.