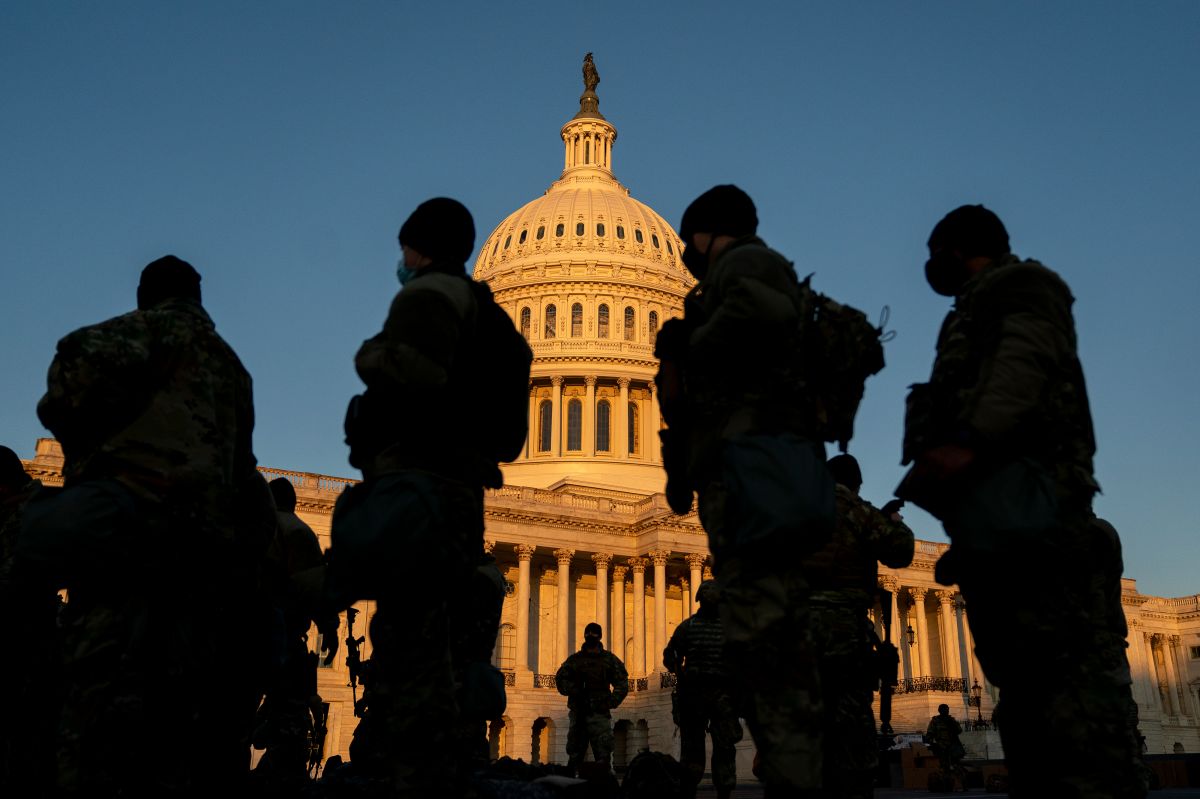 Police reinforcement after the legislative assault

Eduard Florea, a supporter of the far-right group “Proud Boys” that threatened to deploy “three cars full of armed patriots” in Washington DC last week, was charged yesterday with storing military-style combat knives and more than a thousand rifle cartridges. at his house in Queens (NYC), federal authorities said.

Florea (40) was charged with possession of ammunition as a convicted felon and he was denied bail after the FBI searched his home in Middle Village, and questioned him about a series of threats about the deadly siege of the Capitol posted on the Parler social network.

Although he was not involved in the Jan.6 attacks, prosecutors said the programming engineer pledged to travel to the nation’s capital and cut “a throat” in the riot led by supporters of President Donald Trump. Another post attributed to Florea threatened the life of newly elected African American Senator Raphael Warnock (D-Georgia), authorities said.

“The time of peace and civility is over”, Florea wrote, according to a criminal complaint. “I will communicate with the Patriots in my area so we can come up with a game plan.”

Florea’s defense attorney called the online postings “nonsense” and noted that Florea did not have weapons in her home. He also denounced that the federal authorities “arrived at his house in a military tank” to arrest him, Tuesday night.

“He is not charged with any action in connection with the despicable acts that occurred on Capitol Hill,” federal public defender Mia Eisner-Grynberg was quoted as saying. Fox News. “Mr. Florea does not tolerate such behavior.”

Also Tuesday the FBI arrested in New York to Aaron Mostofsky, son of a conservative Brooklyn judge identified as one of the attackers on the National Capitol last week. AND Will Pepe, a suspended MTA employee, was detained for the same reasons, in White Plains.

The FBI has accused a supporter of the Proud Boys of threatening to deploy “cars full of armed patriots” to Washington as the Capitol was under siege last week. Https://t.co/PeI6M6p8oZ