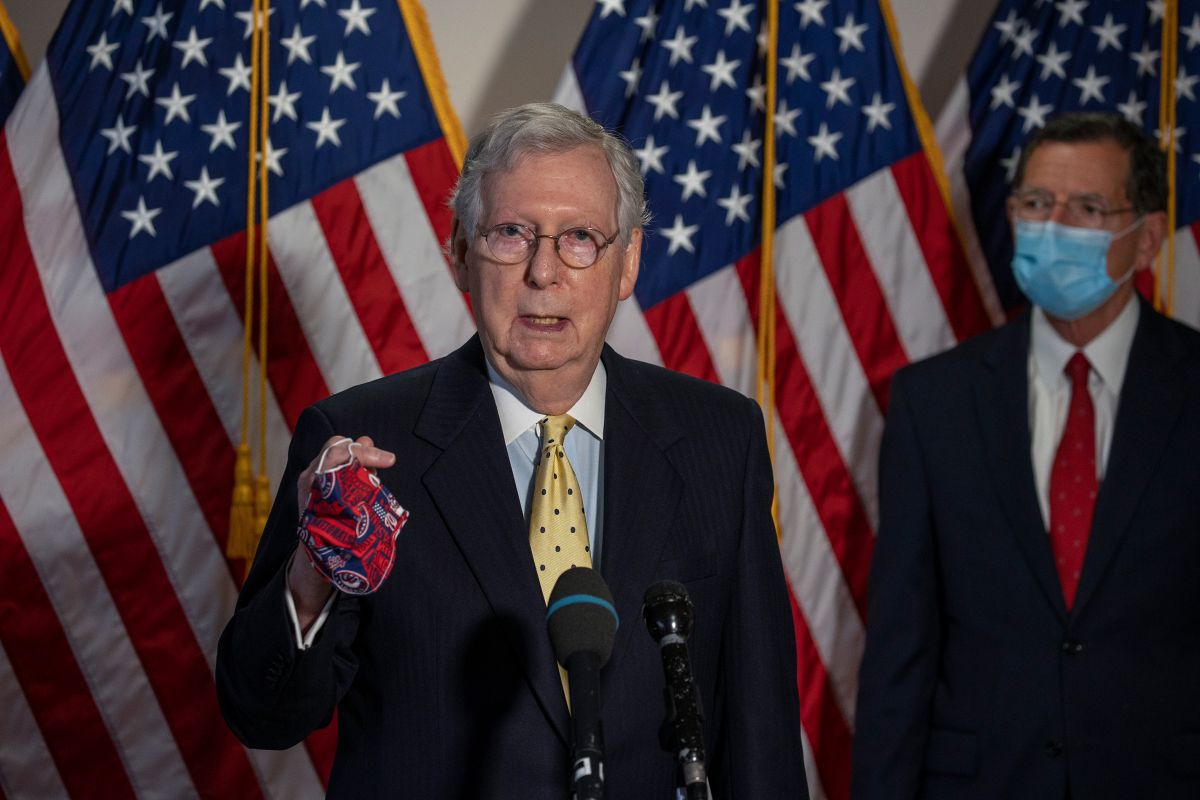 Mitch McConnell is not in favor of giving more funding to state and municipal governments.

Two points in particular are central to the discussion that could lead to the approval of a new economic stimulus package in the United States Congress before the end of the year.

The draft most likely to become law is the bipartisan one introduced in the Senate last week, which even received preliminary endorsement from top Democratic leaders in Congress, Rep. Nancy Pelosi, and Sen. Chuck Schumer.

The proposal, which would involve a disbursement of about $ 908,000 million, although it does not include a second round of stimulus checks, is expected to be approved before this December 11 deadline for legislators to give way to a new spending law to avoid a federal government shutdown.

But nevertheless, Republican Senate Majority Speaker Mitch McConnell, He still has reservations for the approval of a bipartisan package for new aid before the end of the year.

McConnell has been insisting since before the election on a package of no more than $ 500,000 million dollars and is not entirely convinced with the plan that has the support of both delegations.

In a move to try to bridge the gap between Democrats and Republicans again without ruling out their interests, McConnell suggested on Tuesday temporarily removing two thorny issues from the package.

One of these is the additional funding for state and municipal governments supported by the Democrats. The second issue that McConnell is an absolute defender of is that of protection against lawsuits related to the management of the coronavirus in businesses and workplaces (liability).

“What I recommend is that we put aside the liability for lawsuits and funding to state and local governments and approve the things that we agree on,” McConnell told reporters. “We will return to these issues early next year,” the senatorial leader said.

Given this, the spokesman for the Democratic minority in the Senate, Chuck Schumer said that additional funds for states have more bipartisan support than the issue that is a priority for McConnell.

What both Pelosi and McConnell agree on is that a limited stimulus package should be approved as soon as possible.

“We have two weeks of important matters to do, and that is what I am going to focus my time on,” said the Republican.

Pelosi has already indicated that a new stimulus plan based on the bipartisan document could be approved this week.

Added to the discussion of this plan yesterday was a White House proposal that includes provisions for stimulus checks of $ 600 per individual, half the amount approved under the CARES law as part of the first round of payments. The offer from the Donald Trump Administration does not establish mechanisms for an extension to unemployment benefits.