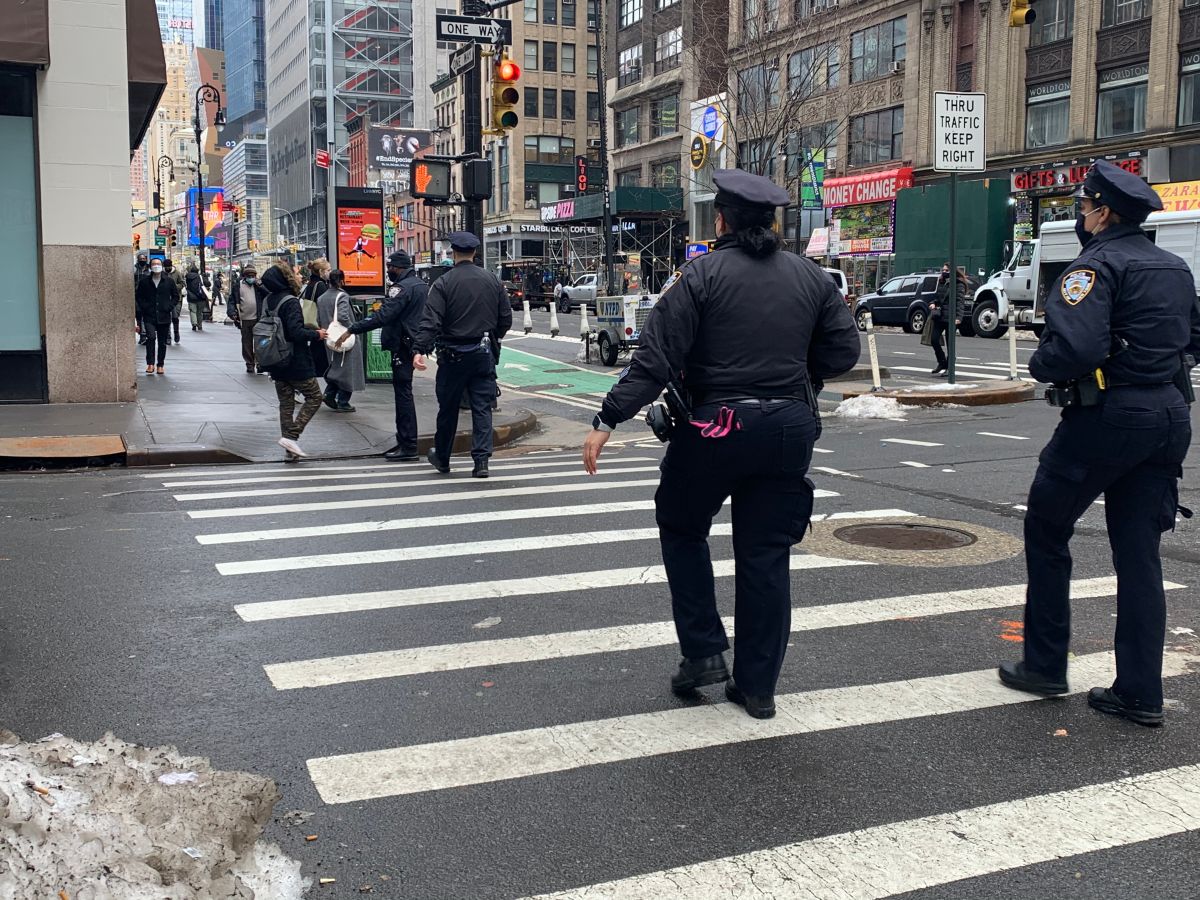 The mental health of New Yorkers has been severely affected by the COVID-19 pandemic, aggravating the worrying situation that had already been registered in the Big Apple with unfortunate consequences, such as the case of young Rigoberto López, who last week murdered two people with a knife in the Subway, and criticized procedures of NYPD officer care to mental emergencies, which in the last six years have left 16 people dead.

Therefore, the city ​​Council is currently promoting a package of three laws that seeks to address the New York mental health crisis and improve response actions when emergencies occur in patients with mental and emotional conditions.

So he mentioned this Monday Manhattan Councilmember Diana Ayala, who promoted a virtual audience with members of the City Council’s Mental Health, Disabilities and Addictions Committee, to hear from community members, activists and experts in case management of mental patients.

In the hearing, which lasted several hours, it was analyzed an initiative that seeks to create a community mental health office, and establish a response protocol to mental health emergencies to reply within 30 minutes following to receive a call.

They ask to keep the NYPD away from these cases

Although expert and activist testimonials highlighted the City Council’s good intentions in addressing the crisis of emergency care of mental health cases in the city, the majority criticized that a period of half an hour is given to attend them, which they considered very high, and agreed that the NYPD uniforms they should be taken out of the response group for such situations.

“For a long time in the city, the involvement of the Police in the care of these emergencies has had disastrous consequences”, said Joyce Kendrick, of the organization Brooklyn Defender Services, who called for the proposed projects to be reviewed and clarity made about the NYPD’s non-involvement in response to mental emergency issues. ¿What if the NYPD Responds Inappropriately or Escalates the Situation? ”.

Cal Hedigan, director of Community Access, which ensures help to people with mental health problems, called for the bills to really serve to “correct the crisis in the intervention” of the police in mental health emergencies.

“It will not be enough to remove the police, because anything can be defined as a matter of public safety (and there they will intervene) “, said the activist asking to clarify that point, as well as the need for the mental health reform to incorporate experts who know about the subject and” can help truly transform how the city responds to the crisis of mental health emergencies ”.

In his testimony, the Ombudsman advocated creating the line (988), that would help ensure that mental health crises are addressed by healthcare professionals, instead of the police with 911.

“The mental health should not be viewed or responded to as an untreated public threat ”Williams said. “I hope that through our legislative process, we can collectively create a crisis response in which people living with a mental health diagnosis feel safe in their communities and know that they will receive the appropriate care they need. I also hope that we can bring healing to families who have experienced loss or trauma as a result of the system we have now. “

The Ombudsman stressed that in the last six years, at least 16 people going through a mental health crisis were killed by NYPD officers, of whom 14 were people of color, such as Deborah Danner, Mohamed Bah, Saheed Vassell, Dwayne Jeune, and Kawaski Trawick.

The constant among those attending the hearing is that the Police are eliminated from the attention of reported mental emergencies, since even afraid to call 911 generate aggressive police action, you are now preventing many relatives of patients with mental and emotional conditions in crisis from calling out of fear.

Members of the NYPD were not in the hearing to defend the way of proceeding of the Uniformed in these cases.

At the end of the hearing, after hearing criticism of his bill, Councilor Ayala clarified that the goal of his project is to remove the police from mental emergency response work, but warned that power agents appear on the scene, they must be trained.

“The attempt of the law is to remove the NYPD from impact on the community (when attending mental health emergencies) (…) but we do not control who responds first to (a scene), ”said the councilor. “We would like the health experts to arrive first when calling 911, but that does not happen, so we want to clarify those roles. Remove the NYPD from those emergencies, but if they appear to respond appropriately and be trained. We have no intention of passing a law until it is done well ”.

At the hearing it was also mentioned with concern that As Mental Health Cases Rise, Treatment and Assistance Resources for Nonprofits Decrease.

The Coalition for Behavioral Health asked the State to provide additional funds to address the problem, as COVID caused behavioral health agencies to have a 77% increase in demand and lost more than $ 521,000 in resources.