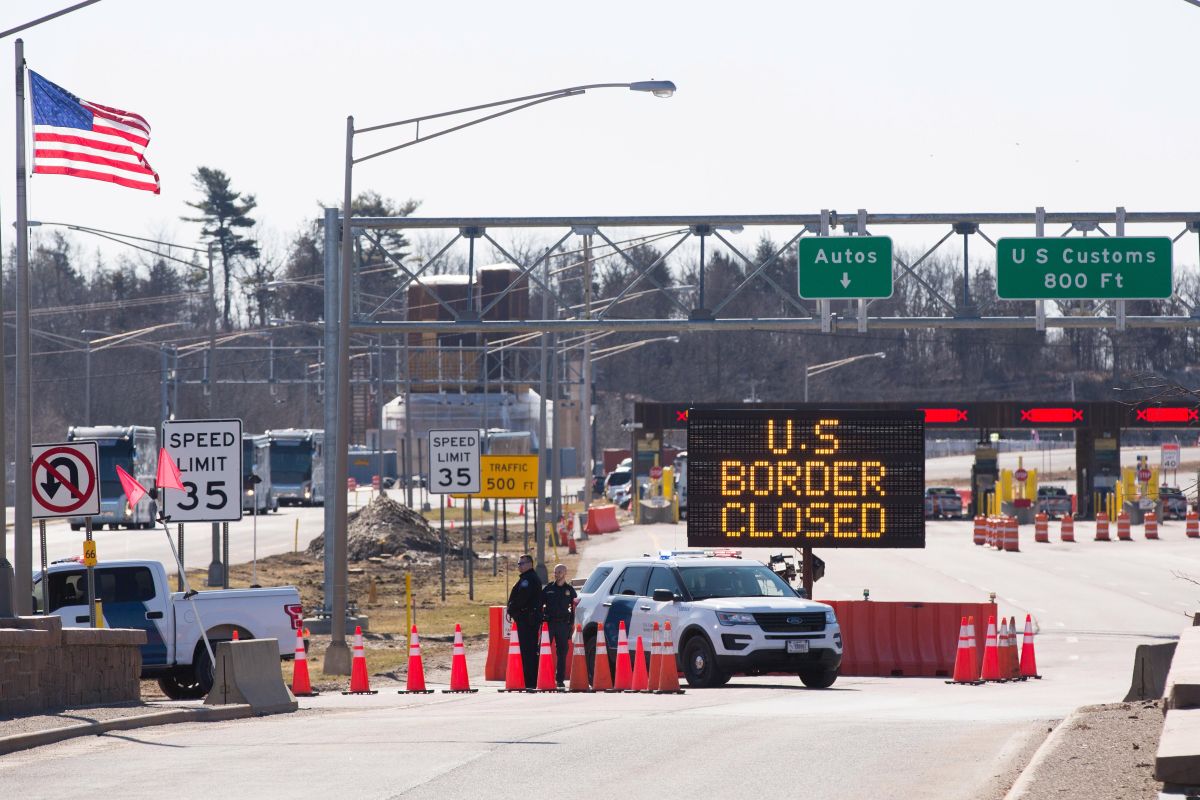 The minors crossed the border alone

Minors who crossed the border alone into the United States were sedated and forcibly injected while in the custody of the government of President Donald Trump, court documents filed in federal court in Los Angeles revealed.

The report presented in the case on the breach of the Federal government to the Flores Agreement, which orders the immigration authorities not to keep immigrant minors in their custody for more than 20 days and guarantee them access to health care and welfare, among others, contains the statements of several adolescents who they claim they were drugged by force.

The court documents, to which Vice magazine had access and were published this Wednesday, contain the testimony of a Mexican teenager admitted in October 2019 in an undocumented way to the country in search of refuge.

The 16-year-old told his lawyer last November that he had been taking around 20 medicine pills per day, and also would have been injected. “I want to leave because when I get angry they give me injections,” he said.

At least five times they would have given him the injections, the last one last month, according to the allegation.

“When they give me an injection, I feel sad. And then I sleep for a day. When I wake up afterwards, I feel desperate. My body feels desperate, ”describes the young man, who came seeking refuge after feeling threatened by gang members in Mexico.

The plaintiffs’ lawyers assured that six minors in the custody of the Office of Refugee Resettlement (ORR) they were held indefinitely at Nexus Children’s Hospital in Houston, and at least three of them received “excessive medication.”

Leecia Welch, Attorney atl National Center for Youth Law, visited the medical facilities on November 13 and discovered that at least three minors appeared stunned, including the Mexican teenager. The minor told the lawyer that he had trouble sleeping, something that did not happen to him in Mexico.

The government of President Donald Trump has tried on several occasions to repeal the Flores Agreement, and has even branded activist to judge Dolly Gee, in charge of reviewing the application of the pact.

Last October, Ken Cuccinelli, the number two of the Department of Homeland Security (DHS), said in a statement that “under President Trump, the Administration is committed to keeping families together, but an activist judge is preparing to order the separation of families in the custody of DHS ”.

The Trump administration’s fierce fight with Gee intensified in 2018 when the Administration decided to evade the application of the Flowers Agreement, which dates back to 1997, considering that the country was experiencing a “migratory emergency”.

The Administration even said that the agreement should be repealed, arguing its age, among other reasons. But he lost an appeal in the Ninth Circuit.

The last battle began after the arrival of the coronavirus and the efforts of activists to denounce the danger to families and unaccompanied minors in detention.

The new report presented to the court also includes the testimonies of recently arrived minors describing the conditions of the centers amid the pandemic.

A 15-year-old Salvadoran woman assured the lawyer that she felt at risk of getting infected in Weslaco Detention Station, Texas, since she was detained in rooms with other minors where social distancing was not respected.

He also assured that they did not have access to soap, and that minors were very close to each other in the lines to go to the bathroom or receive food.