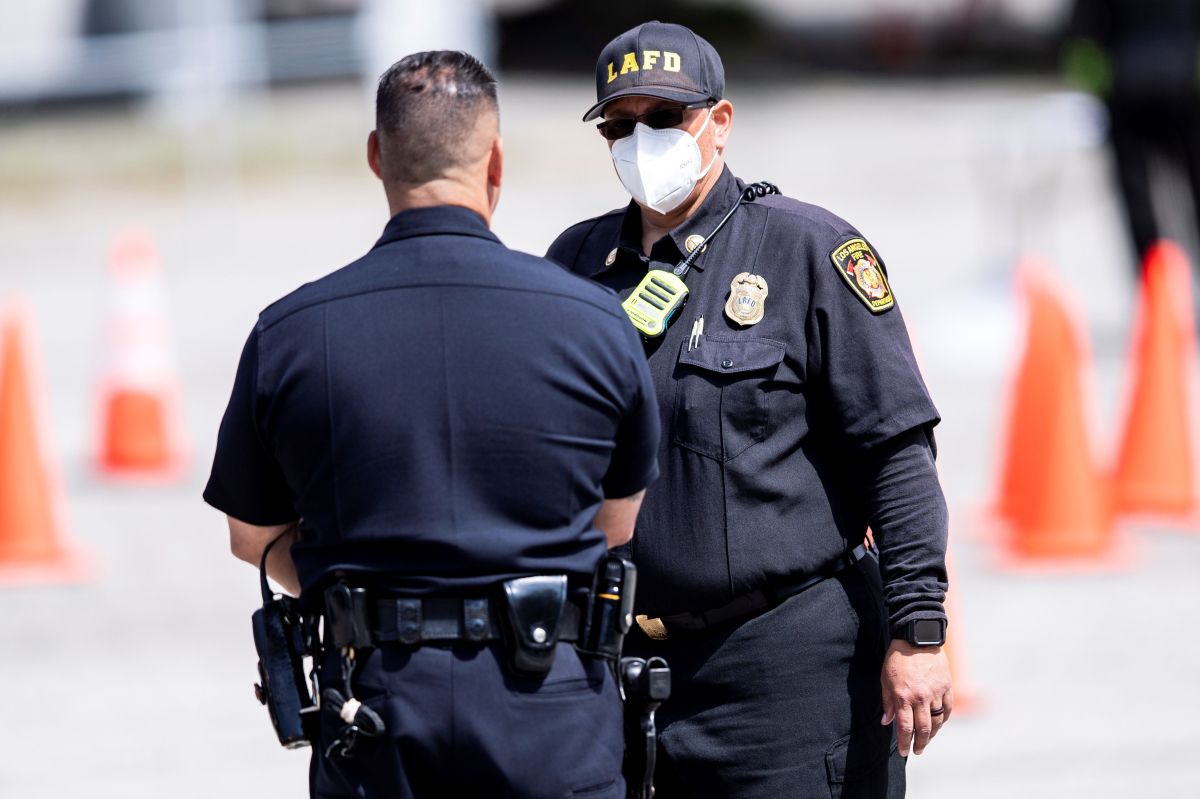 File photo of a Los Angeles County Fire Department officer in conversation with a police officer.

LOS ANGELES – The Los Angeles County Police looking for a 44-year-old Latino suspected of murdering his mother and stepfather with a baseball bat inside a home in the area.

He Los Angeles Sheriff’s Department (LASD) yesterday identified Nelson Fermín Garibay as the suspect in carrying out the brutal attack last Monday on the home of the 73-year-old stepfather and the 65-year-old mother in the city ​​of Hacienda Heights, in the east sector of the county.

According to investigators, Garibay also attacked and injured his 37-year-old brother.

The officers who responded to the emergency call were allegedly greeted by the suspect’s brother, who reported on the violent assault. The wounded man took the agents inside the house, where the two fatal victims were found.

Each of the elderly suffered significant head trauma and were pronounced dead at the scene, the LASD reported.

Garibay allegedly attacked his mother and stepfather with a baseball bat, and then left the area in a Toyota pickup.

The woman was identified by the Los Angeles County Coroner’s Office as Irma Ruiz de Garibay.

The authorities are asking for the collaboration of the public to find the Hispanic, who is considered dangerous and who is armed, for which they asked not to approach him and only report to the police.