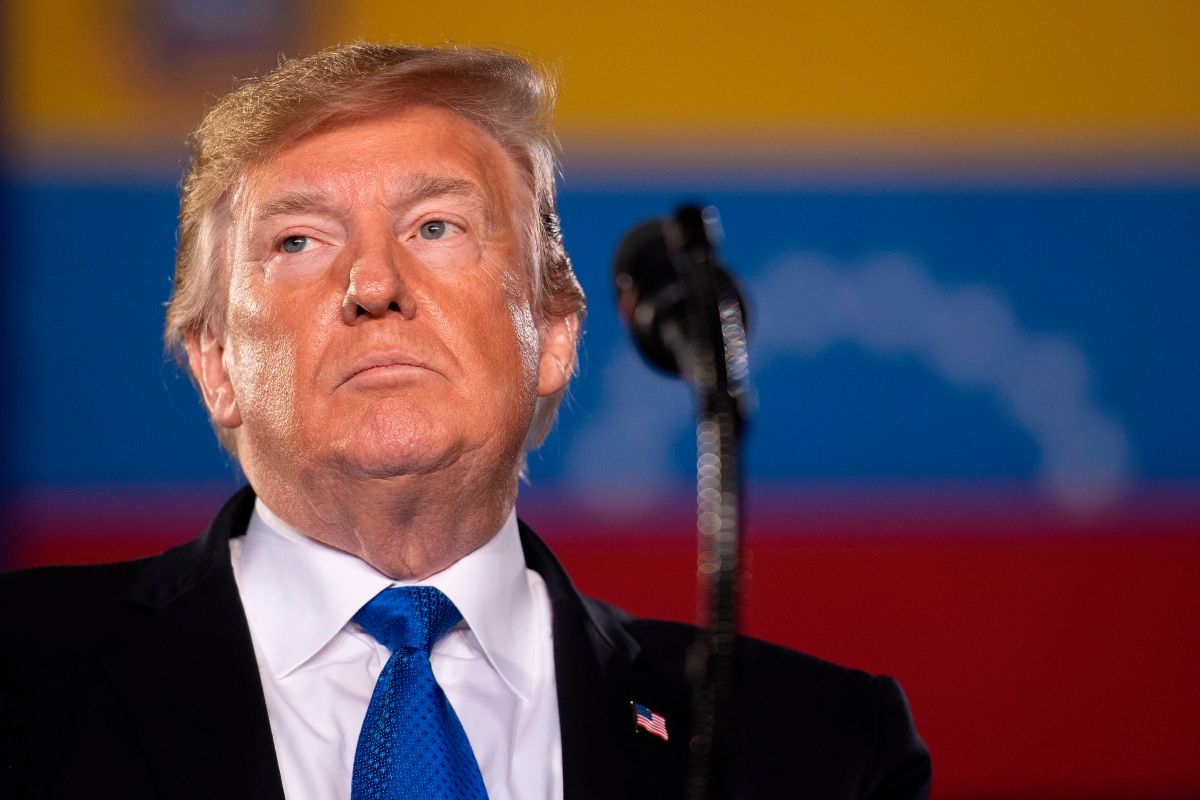 Trump had a strong hand against the Chavista regime.

The government of the President of the United States, Donald Trump, hit with sanctions on Tuesday members of a network allegedly led by Colombian businessman Alex Saab and whose objective was to commercialize Venezuelan crude while evading the penalties that Washington imposed on the state oil company PDVSA in 2019.

The US Administration, which sanctioned for first time to that network in June 2020, decided this Tuesday (one day after Trump leaves the White House) to update his sanctions and imposed reconomic restrictions on three individuals, 14 entities and 6 shipsthe Treasury Department said in a statement.

According to Washington, this criminal network was led by the economic vice president of Venezuela, Tareck El Aissami, and Colombian businessman Alex Saab, alleged front man of Venezuelan President Nicolás Maduro and who is imprisoned in Cape Verde waiting to be extradited to the United States, accused of money laundering.

“Those who facilitate the attempts of the illegitimate Maduro regime to circumvent US sanctions contribute to the corruption that Venezuela consumes,” Treasury Secretary Steven Mnuchin said in a statement.

Among those sanctioned is the Italian Alessandro Bazzoni, who allegedly was in charge of connecting two other sanctioned companies: Element, based in Malta and bought by PDVSA, and Swissoil, based in Switzerland and in charge of transporting Venezuelan crude to the Asian market.

According to the Treasury, after the arrest in June 2020 of Saab in Cape Verde and the sanctions against the Mexican businessman Joaquín Leal, Bazzooni took charge of coordinating the negotiation for the resale of Venezuelan oil from PDVSA and the charter of vessels to transport the crude.

It has also been sanctioned the Spanish-Venezuelan citizen Francisco Javier D’Agostino Casado, who worked with Saab, Leal and Bazzoni to coordinate the purchase and sale of crude oil on behalf of PDVSA.

The other designated by the Treasury is the Swiss Philipp Paul Vartan Apikian, owner and director of Swissoil, who, according to the US, has been involved in the sale and transportation of oil from Venezuela.

As a result of this Washington action, all property and assets that these individuals or companies may have in the US or are in the possession of Americans are blocked, and any transaction of US citizens with them is prohibited.

Since his arrival at the White House in 2017, the Trump administration has imposed numerous rounds of economic sanctions against the Maduro Executive, whom it considers “illegitimate.”

The US has been one of the opposition leader’s most faithful allies Venezuelan Juan Guaidó, recognized in 2019 as interim president of Venezuela by more than fifty countries.

The Government of Venezuela hopes that the new Administration of Democrat Joe Biden, who will assume the US Presidency tomorrow, Wednesday, will have “glimpses of decency”, comply with international law and establish “diplomatic channels of respectful dialogue.”

It remains to be seen what the policy will be about Biden, who is committed to a more pragmatic and less ideological approach.