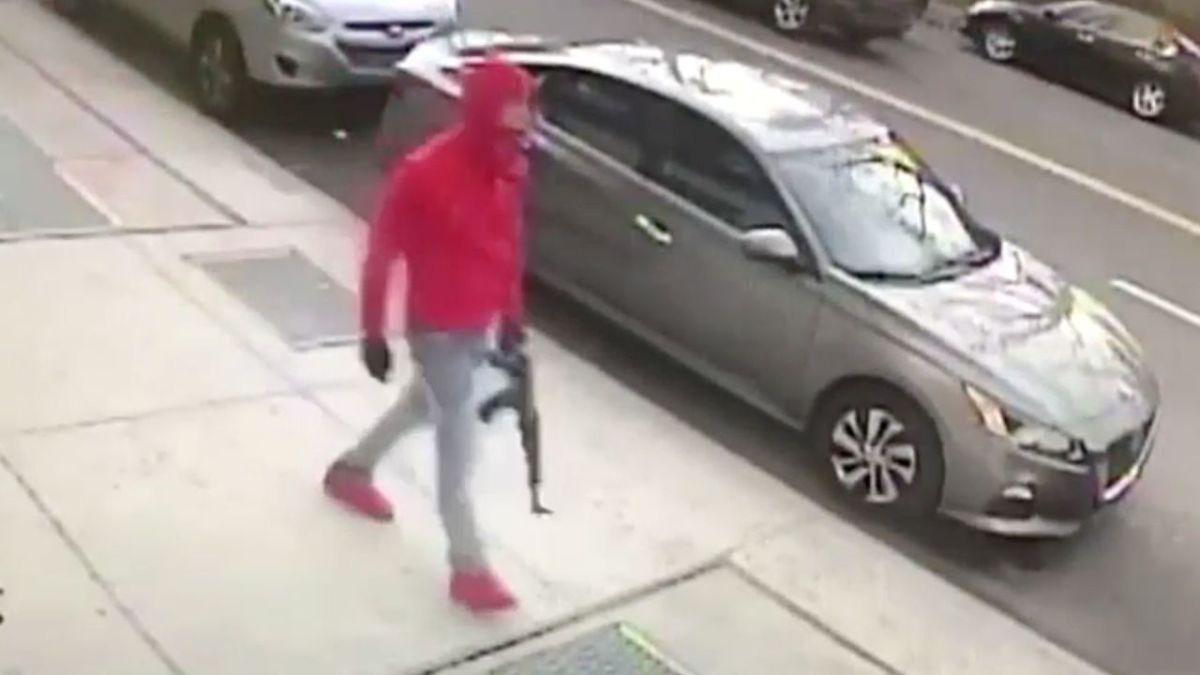 NYPD is searching for a walker seen holding a large assault rifle and wearing a striking red jacket, as he walked in broad daylight on a Bronx street.

A surveillance video caught the audacious gunman walking down Webster Avenue in the Norwood section around 3:30 p.m. Thursday.

Authorities said the man was holding a black assault rifle with a high capacity magazine attached. That unexpected stamp caused fear and alarm among the people in the area. Then the walker disappeared, without being detained by any police.

NYPD described the unidentified man as of medium build, about 6 feet tall and seen this time in a hooded jacket and shoes, both red, it reported. Pix11.