Do you remember Sakuna: Of Rice and Ruin? An independent court title developed by Edelweiss, studio after the critically acclaimed Astebreed, and distributed by Marvelous Europe, in which we take on the role of a little goddess on her crusade against demonic hordes, while developing one of the oldest arts in the Land of the Sun. Nascent, the cultivation of rice. Well, we have statements from your development team and they point to a more than hopeful future for your precious universe.

The last issue of Weekly Famitsu It has left us, as we are used to, a multitude of headlines. One of the most prominent points, precisely, to the title that concerns us here. And it is that part of the development team of Sakuna: Of Rice and Ruin (with the director of the game, Nal, and the CG artist, Koichi at the head) has spoken in said magazine. And not, they do not have, currently, the smallest intention to add paid content in the form of DLC. However, during the talk, both members of Edelweiss spoke about their wish, if given the opportunity, to extend their successful title with a sequel. Of course, it should be pointed out that, currently, there is no concrete plan in this regard, promising that, when the opportunity is given, they will try to live up to the expectations generated. The interview also led to issues criticized by the community as the difficulty of its two mechanics of resource management and dungeon crawler. The answer was clear, “We didn’t want it to be a process that you could finish with the push of a button.”

What do you think of Edelweiss’s statements about the future of Sakuna: Of Rice and Ruin? Have you been able to test the game? If the answer is negative, and if it is positive too, we leave you with our analysis so that you can take a look at it. 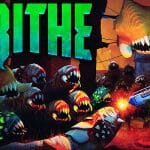