Lebrn and Galn celebrate their third title in a row in Madrid. World Padel Tour

Juan Lebrn and Alejandro Galn continue unstoppable. The Spanish couple, who won this Sunday the Adeslas Open at the Madrid Arena, he continues his winning streak and adds three consecutive titles, something that has not been seen on the circuit since 2017 with Bela and Lima (Granada, Zaragoza and Buenos Aires). Lebrn and Galn they beat Federico Chingotto and Juan Tello by 6-7, 6-1 and 6-4 in the final in a very suffered game that lasted two hours and 20 minutes. They’ve only lost one this season, the final in Marbella against Navarro and Lima. The rest are counted by wins. The stoppage due to the coronavirus pandemic has not taken its toll on them, on the contrary, since their return they have only added titles. First was the Estrella Damm Open, then the Back to Madrid Open and, this Sunday, the Adeslas Open.

“We congratulate Chingotto and Tello for the great game. I’m sure the title will come to them soon. Today we have been able to reconsider when he played. This week we suffered a little, but winning the triplet makes us more willing to continue adding for the team. tournament has been very hard, but we will always be there “, said an exultant Juan Lebrn on the Gol TV microphones as soon as the final was over.

The match could not start more evenly. The first two games were resolved to the point of gold. In the first, Lebrn and Galn managed to maintain their serve, also saving two break balls from their rivals. In the second, with 40-40 on the scoreboard, the Puerto de Santa Mara player’s ball stayed in the net. Each pair held their serve with difficulty, which foreshadowed that to win each point they would have to sweat and fight as if it were the last.. It was a battle and there was no truce.

Chingotto and Tello, what in the semifinals they had given the bell against Navarro and Lima, they achieved the first break of the match with 2-3, but immediately afterwards Lebrn and Galn answered with a counterbreak to tie the sleeve. So even was that they had to go to sudden death to decide which couple would win it and this was Argentina, although by just two points. ‘Sper Ratn ‘and the’ Cat ‘gave the first blow and they showed that they had not reached the final by chance. It was their second World Padel Tour final and they wanted to surprise, like the day before. Claw, fighting spirit and quality are not lacking. 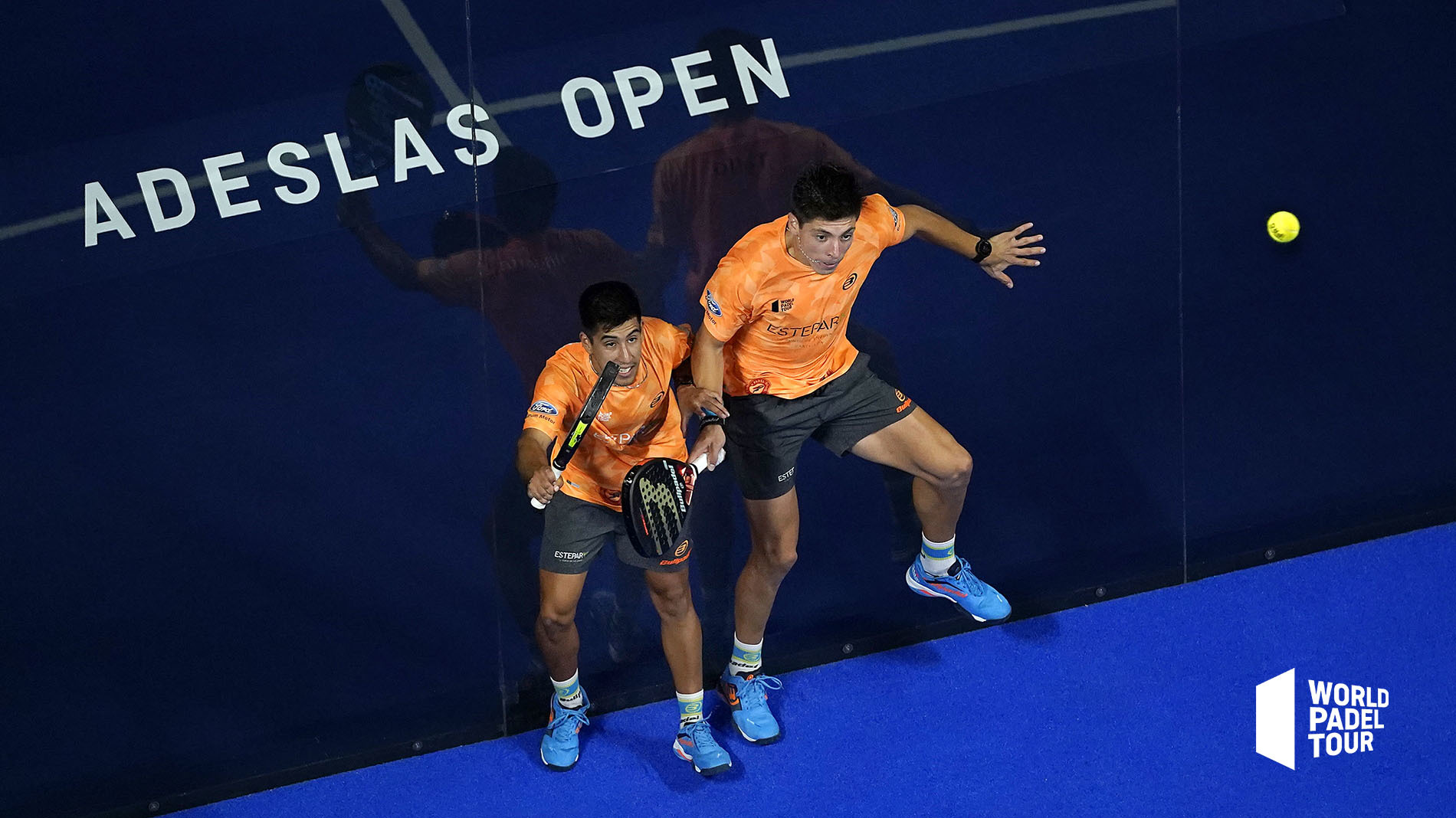 The spanish they were bound to react early if they wanted to force the third set and they did. They dominated the entire sleeve with great superiority. It began with a break in favor of Lebrn and Galn, who scored it to the golden point, and again broke the service of their rivals placing themselves with a 4-0 that gave them some tranquility and put the match on track towards the third set. Although Tello and Chingotto tried to stop the number 1, they had put the direct and they scored the set 6-1.

They were going to play it in the third, as had happened before in the female final. At Chingotto and Tello’s initial break, Lebrn and Galn responded with another in the next game. It was clear that the script was going to be more similar to the first set than the second. The Spaniards wanted their third consecutive title, while the Argentines fought for their first title on the World Padel Tour.

The distance that Lebrn and Galn (3-1) achieved from the start faded until Tello and Chingotto tied the sleeve (3-3) saving four break balls. From there, again, maximum equality. Both couples were running out of room for error, but they maintained their intensity and ambition until the end. The Spanish, the number 1 couple on the circuit and the youngest in history to reach first place, ended up taking the set 6-4 and the match.

“We have very good tuning as teammates and we have a great demand. It has been a tough tournament, it has been difficult for me to adapt to the conditions, it has been slower than the others, but we are very well prepared physically and mentally,” acknowledged Alejandro Galn after the final explaining what is the secret of such good results as a couple. 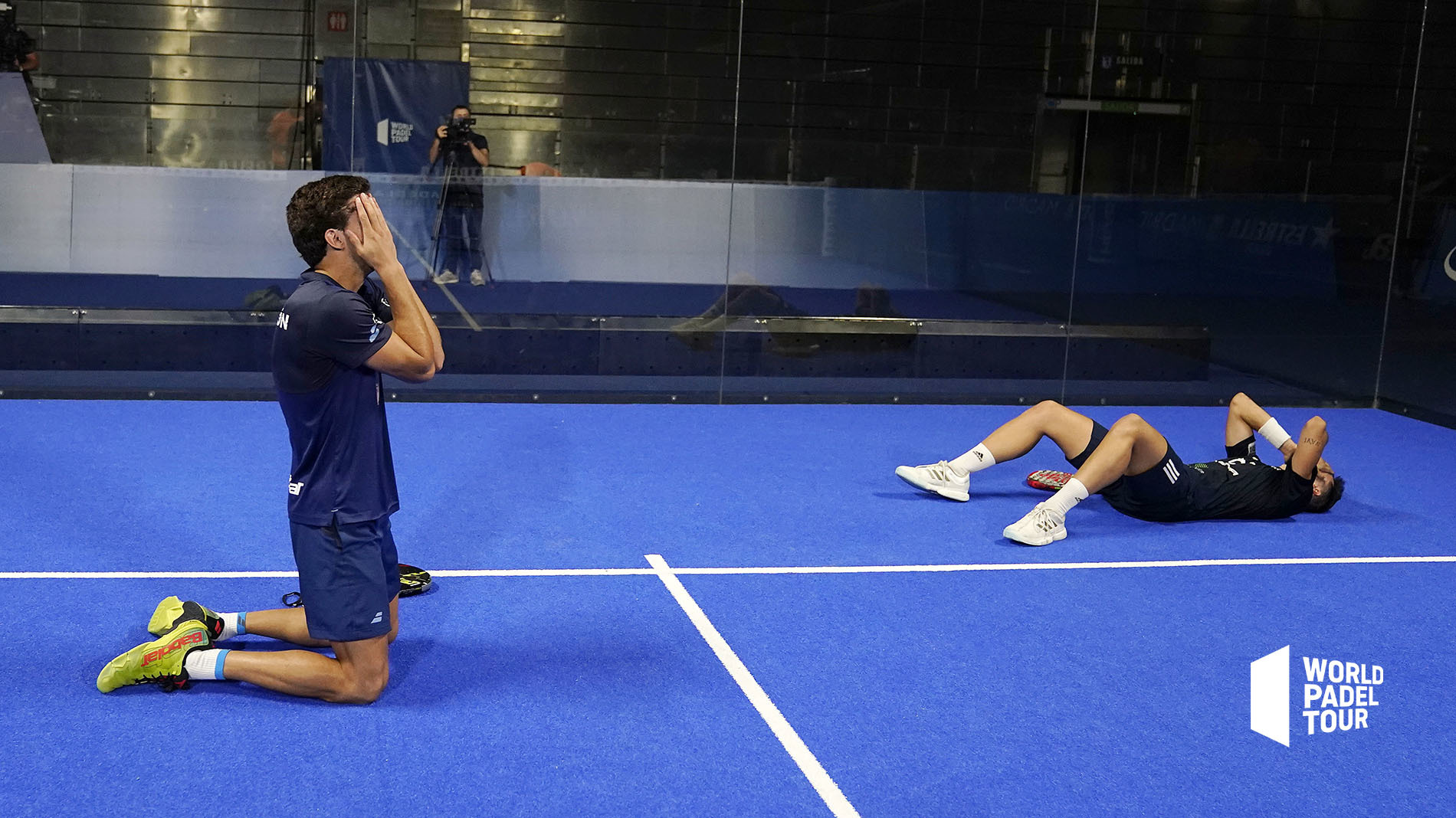 The next appointment will be at the end of the month in the city of Turia. He Estrella Damm Valencia OpenIt will be held from August 31 to September 6 at the Fuente de San Luis pavilion and, for the first time since the pandemic, it will be held with the public, although with limited capacity.

“We want to revalidate the title and we are waiting for you in Valencia,” said Galn, inviting the public, who have missed so much in these three tournaments, to accompany them there. “We look forward to having you with us,” Lebrn added.

Then the World Pdel Tour go to Cagliari, where the first professional tournament in history will be played in Italy, from September 7 to 13. And to close September, the Estrella Damm Menorca Open will take place from 21 to 27 in Mahn.