Malverde: The Patron Saint, Since it was announced, it has not stopped generating a lot of expectation, firstly because it is the first Super Series of Telemundo’s period, and it opens today, Tuesday, September 28 at 10 pm/9c.

Based on true events, the gripping story centers on a boy born in 1870 in Sinaloa named Jesús Malverde, who eventually became a legendary, quasi-religious figure, defender of the people, protector of both the innocent and the poor and dispossessed. In short, one of the most significant and controversial Mexican characters of the last 150 years, loved by many, despised by others, an enigmatic name that we will finally know much more about. 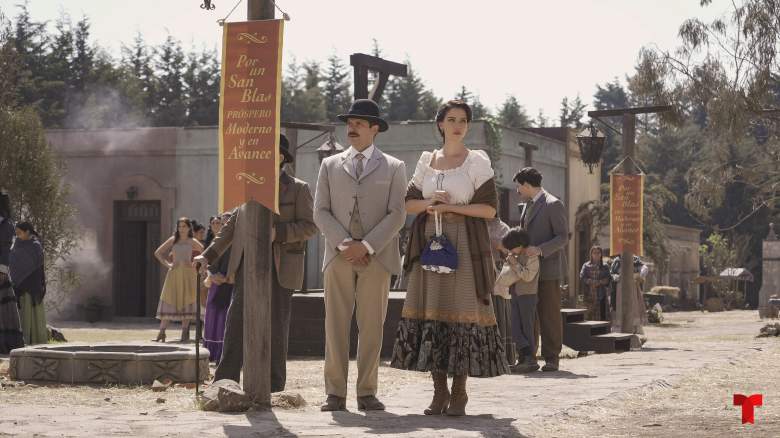 The series has a luxury cast led by Pedro Fernández as Malverde, accompanied by an international cast that includes Carolina Miranda (Señora Acero, Who Killed Sara) and Mark Tacher (La Reina del Sur 2, Papá a toda Madre), With the stellar participation of Alejandro Nones (The Pilot, Who Killed Sara), Luis Felipe Tovar (The Inmate, The Mexican) and Isabella Castillo (The Lord of the Skies, The Inmate).

“In order to tell a story as iconic as ‘Malverde’, we worked on the script as well as the production design, incorporating textures, images, symbolism and representative elements of the era,” said Marcos Santana, president, Telemundo Global Studios. “We worked with a team of more than 190 people to build an entire city from 1910, with large-scale buildings to recreate the atmosphere of those times. Without a doubt, this super series is one of Telemundo’s most ambitious productions and we are sure that our audience will be able to travel back in time while enjoying the story of the legendary ‘Malverde’ ”.

Pedro Fernández: ‘Malverde: The Patron Saint’ is a project that fills me with pride

We were able to talk with the legendary singer and actor about this new project in which he is embarking and from the first moment, showing off his good energy, the talented interpreter had only the best references to talk about the effort that had been made to lead a production like this, where attention had been paid to every detail, not only historical, but also technical, with the aim of making a world-class final product that everyone would be proud of.

“I am very happy with this project. ‘Malverde: El Salto Patron’ is a fantastically realized story, with the intention of achieving that magical world that transports us to another era through an absolutely legendary story. ” Pedro assured about what is presented in this series, which qualifies as a historical document beyond a legend, telling everything as it is.

Pedro Fernández was also very emphatic about the fidelity with which this story was treated, very attached to carefully collected data at a time when many things were happening that shaped Latin America, “it is important that we tell our own stories.”