It’s time to get going and check out the latest additions to the ultimate zoo simulator, with Planet Zoo: North America Animal Pack. In addition, we have included some practical tips to help zookeepers who are just starting out to make sure their animals are happy and comfortable.

First of all we find the Arctic fox, whose thick white fur keeps it warm in extreme temperatures and serves as camouflage in the snow. But did you know that there is another color variant of this adorable animal? The ‘blue’ variant, which provides a grayish coat throughout the year, is also found at the Planet Zoo. Watch as they play with the Skittle feeding accessory and dive headfirst into the snow as they hunt.

The ancestors of the California Sea Lions they actually lived on earth. Over time, they adapted to marine environments with the development of fins and the ability to lower their heart rate, so they could stay underwater longer and catch more fish. Visitors to Planet Zoo will be amazed by its loud and distinctive roar.

The Solitary Cougar, also known as Puma or Mountain Lion, is believed to be repopulating many areas of the US. This fact is also reflected in Planet Zoo: with its ability to adapt to different environments, it has 5 ideal habitats, without He is certainly the greatest of all in the game. Whichever place you choose to place your cougars, keep them entertained in their enclosures with the new Pronghorn piñata.

The Moose They are known for their large size and weight, the largest ever recorded weighs 820 kg, but did you know that they also have a hard time withstanding the heat? The biggest challenge for any zoo keeper will be keeping these giants cool and comfortable on hot days.

One of the most iconic animals in the United States and Canada is the North American beaver. They are so good at gnawing on wood that they can break through even the sturdiest wooden barriers in your enclosure at Planet Zoo. Zoo keepers can keep these hard-working creatures busy by using the Beaver Pool training item to encourage construction rather than destruction.

Inhabiting mainly in the expanses of grass and pastures, the Black-tailed Prairie Dog it is an ideal enclosure companion for the American Bison. Its long claws help it dig in sandy ground, but it can also put them to good use with the Melon Feeder plug-in.

The American crocodiles they are the largest reptile in North America. They grow up to 5 meters long and continue to grow into old age. Zoo keepers will be able to keep their crocodiles happy at Planet Zoo using the Underwater Feeder, and they should keep an eye out for activities as they climb onto the Floating Training Platform.

The American BullfrogAlthough it is native to the US and Canada, it is one of the most widespread amphibian species, and has been found even in southern Mexico; It has even been seen in Europe and Asia.

Planet Zoo: North America Animal Pack is on sale now on Steam for a suggested retail price of € 9.99.

Happy work at the zoo! 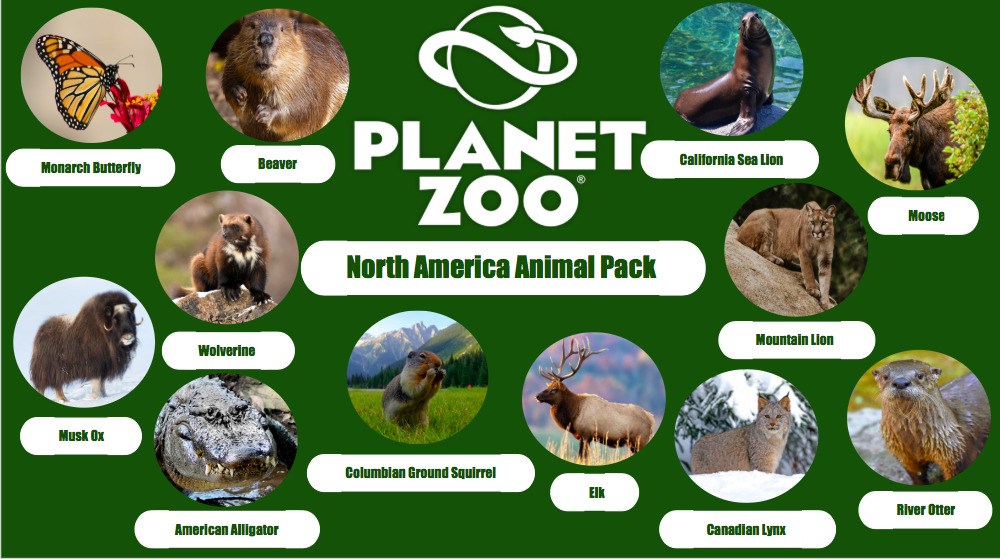