Sony Interactive Entertainment (SIE) announces Tekken 7 *, Killing Floor 2, Final Fantasy VII, Windbound, Pathfinder: Kingmaker – Definitive Edition, Ghost of a Tale and Moonlighter Complete Edition such as the new titles that are added to the catalog of PlayStation Now and that can be enjoyed from tomorrow.

These seven titles are added to the catalog of the PlayStation Now subscription service and can be played both on PlayStation®4 and PlayStation®5 as well as from a PC with a DualShock®4 as well as the more than 700 games already available on PS2 ™, PS3 ™ and PS4 ™. The service’s catalog includes blockbuster hits, PlayStation® exclusives, adventures for the whole family, and indie games.

The user can subscribe to the PlayStation Now service for € 9.99 a month, € 24.99 for three months or € 59.99 a year by purchasing their subscription at the PlayStation ™ Store or at their regular video game store.

Tekken 7 is the seventh installment of the fighting saga, Tekken, in which the player will fight in the final chapter of the Mishima family’s war to discover the hidden motives behind each of their incessant battles.

The player will be able to settle old scores and fight for control of a global empire with a cast of more than 30 playable characters, some of the most popular characters, such as King or Nina Williams, and new additions, such as Lucky Chloe, Shaheen or Akuma, from the Street Fighter series.

Powered by the Unreal Engine 4, Tekken 7 features stunning cinematic battles that tell the story in 3D and intense duels with innovative fighting mechanics.

Killing Floor 2 is a first-person shooter in which players venture into continental Europe to fight the outbreak caused by Horzine Biotech’s failed experiment, which is spreading faster and more forcefully. Such is its magnitude that it has even paralyzed the European Union.

Just a month after what happened on the first Killing Floor, clones of the specimens are everywhere and civilization has been thrown into chaos: communications are down, governments have collapsed, and military bodies have been eradicated.

The inhabitants of Europe know how to survive and protect themselves in such situations, and the most fortunate have managed to hide. But not everyone has given up hope… A group of civilians and mercenaries have joined forces to fight the outbreak and have established privately financed bases of operations across Europe. Once the clone outbreaks of the specimens are located, players will have to fight their way through areas infested with zeds and kill them.

Final Fantasy VII is a critically acclaimed RPG title that revolutionized the world of RPGs. In this installment, the story begins when Cloud Strife, a cold mercenary, is hired by a group of eco-combatants who work in the Mako power reactors and who suspect that these places are eliminating all the life force of the planet. Ready to fight, they begin a series of attacks on such poisonous centers. In the chaos unleashed by these movements, Cloud will make a discovery that will forever change his life … and even the entire world.

Windbound is a rogue-like third-person survival adventure driven by hunting, exploration, and crafting. The player takes on the role of Kara, a warrior who was separated from her tribe by a fierce storm at sea, shipwrecked in an unknown land where she must learn to adapt and survive, while solving the mysteries of a series of forgotten islands. .

With no boat, no food or tools, only with the will and ability to survive, the player must discover the abundant resources of this beautiful island, make tools and weapons to hunt and defend against the wild and fantastic fauna of nature.

Pathfinder: Kingmaker – Definitive Edition is a single player RPG experience based on the Pathfinder series. In this title, the player must explore and conquer with his team the Stolen Lands of Golarion, a world full of history and mysteries, with real-time combat or optional turn-based confrontations.

The player will be able to conquer regions and declare them as his own; customize heroes with over 1000 different abilities, skills and feats; Meet 12 characters including Pathfinder’s own iconic character and expand his kingdom by building cities and communities.

This edition includes the base game, new features, and 6 downloadable content.

Ghost of a Tale

Ghost of a Tale is a story set in a medieval world where rats reign that narrates adventures that are both epic and intimate, combining elements of graphic adventure games, RPG action and exploration with a very immersive visual style.

The player must follow Tilo, a courageous mouse bard, on his perilous quest to escape the dungeons of the High Ruin Fortress and discover what has become of his beloved, Merra. With mousy stealth, agility, costumes, and a bardic talent for music, the player will explore the ruined fortress, from its vast forests and lake to its spider-infested catacombs, trying to evade its many dangers and uncover ancient secrets.

Moonlighter Complete Edition is an RPG title with rogue-lite elements in which the player will play Will, a merchant who dreams of becoming a hero. Your adventure begins when, during an archaeological dig, a series of portals were discovered. People quickly found out that these ancient portals led to different dimensions, giving the most intrepid adventurers the opportunity to obtain unimaginable treasures. Rynoka, a small merchant town, was founded near the excavation, becoming a haven for many adventurers who sold the riches they found there.

This edition contains the full version of Moonligther (the main game) and all free DLC, plus the Moonlighter: Between Dimensions expansion.

You can learn more about the PlayStation Now service at the following LINK. 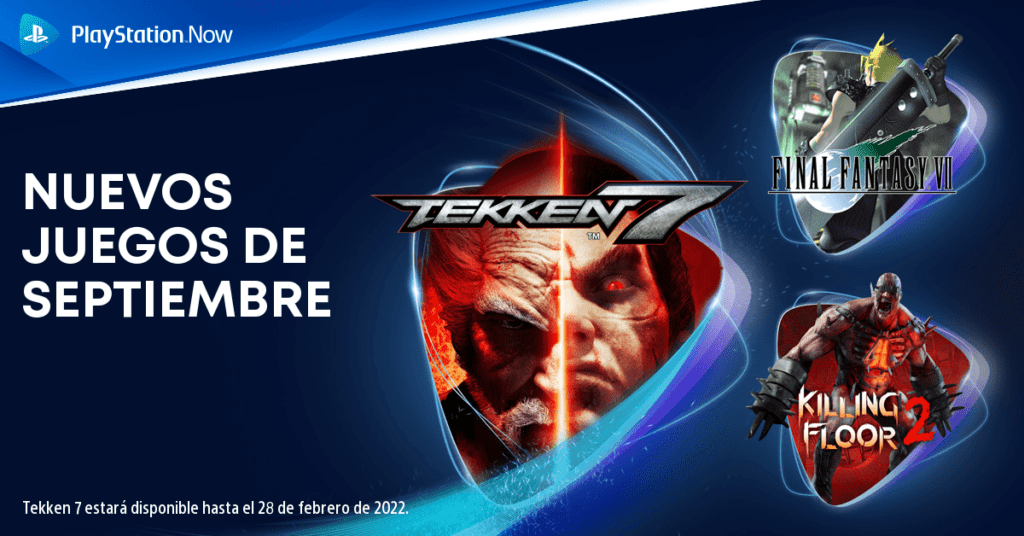