Polaroid or analog fashion is back 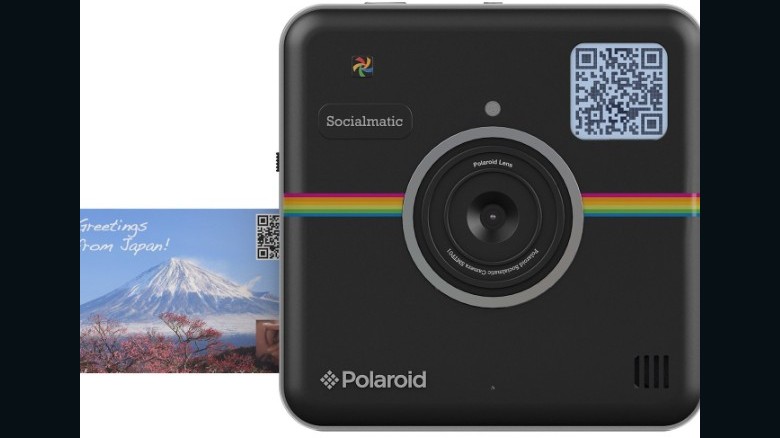 MEXICO CITY (CNNExpansión) – At sight it is a replica of the logo of the Instagram photo application. Made of plastic and with a finish that reminds a bit of the seventies and 29-millimeter film cameras, although that is only in appearance, since this apparently analog box has a touch screen, WiFi, GPS, Bluetooth, as well as a built-in printer .

With the Socialmatic model, Polaroid, makes a bet to mix the digital world with some nostalgic functions of the analog world. Overall, the concept of the mix is ​​nice; However, the recent habit of sharing everything under instant connectivity and in equipment that is always lighter, thinner and more portable, comes to collide with the operation of the equipment, which requires a bit of patience.

When using the Socialmatic for the first time, its format excites and makes you want to print a photo as quickly as possible, but calm down, first you have to turn it on and configure it.

It turns on like any digital camera, with a button on the top; After a couple of minutes, the 4.5-inch touch screen displays a main desktop with the Android operating system, in a tablet version. Just slide the lock on the screen with your finger to unlock and start browsing. Those who are used to iOS devices will take a little longer to get used to the Android menus, those who are familiar with the Google system will have no problem.

Although the camera is designed to navigate like a tablet, its interface tends to be a bit slow to surf the net and even to download applications or upload content to social networks or send them via the Internet. The best option to enjoy it is by taking photos, editing and printing them.

Photos can be taken from the camera or from the Socialmatic application, just like a smartphone. The front camera is 14 megapixels and the rear is 2 megapixels, so don’t expect the sharpest photos on the market; however, the quality when printed does not disappoint. The measurement is 2 x 3 inches.

At the outset, the camera comes with a box of 10 sheets of paper, ZINK.

If you are patient and still want to upload your photos to the network from Socialmatic, just enter your gmail account to download apps like Instagram from Google Play or send them by Gmail. Another option is to send the photos to other devices using bluetooth or download them with a micro SD memory or with a USB cable.

Although the nostalgia caused by Socialmatic when printing the photos can raise a smile or two, it lasts little, due to the lack of battery.

Something that disappoints about the team is that contrary to the battery that any smartphone or digital camera can give you, the Socialmatic battery lasts approximately three hours. It should always be charged to 100% before taking it to a party or on a tour with scenes to capture, as it may happen that when you print the photo, it stays in the middle, wasting half the blank paper.

For nostalgic patients with patience, it is a good option, although a new update would have to be expected for better performance that matches its price of more than 400 dollars, plus accessories.