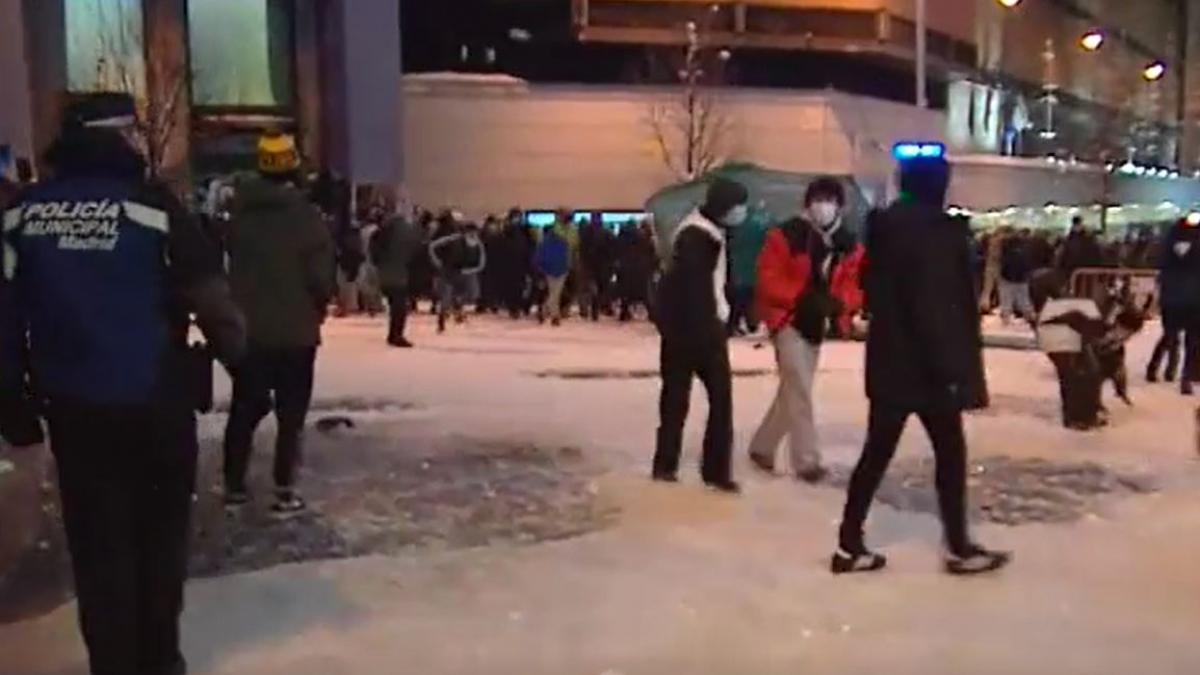 The Municipal Police of Madrid has had to intervene in the Callao square of the capital to evict hundreds of young people starring in a spontaneous snowball battle in the heart of the city.

This Saturday afternoon, after more than 30 hours of intermittent snowing over Madrid, hundreds of people they have crowded the central streets of the city to see, first hand, the effects of the storm Filomena. The images collected by the webcams scattered around the center of Madrid have shown crowded streets despite the recommendations of the Civil Protection of stay at home due to the risk of falling from cornices or tree branches due to the weight of the snow.

In this context, the Plaza de Callao began to gather young people who, without respecting security measures current due to the current coronavirus pandemic, balls began to be thrown like an innocent game.

The participants in the snowball battle formed a giant circle around the square, in which snowballs have been thrown from the ends each other.

However, after several minutes, the atmosphere heated up. When the snow on the ground was no longer enough, they began to tear off furniture and throw it away.

The Municipal Police of Madrid has come quickly to the place and their very presence has deterred the participants in the battle.