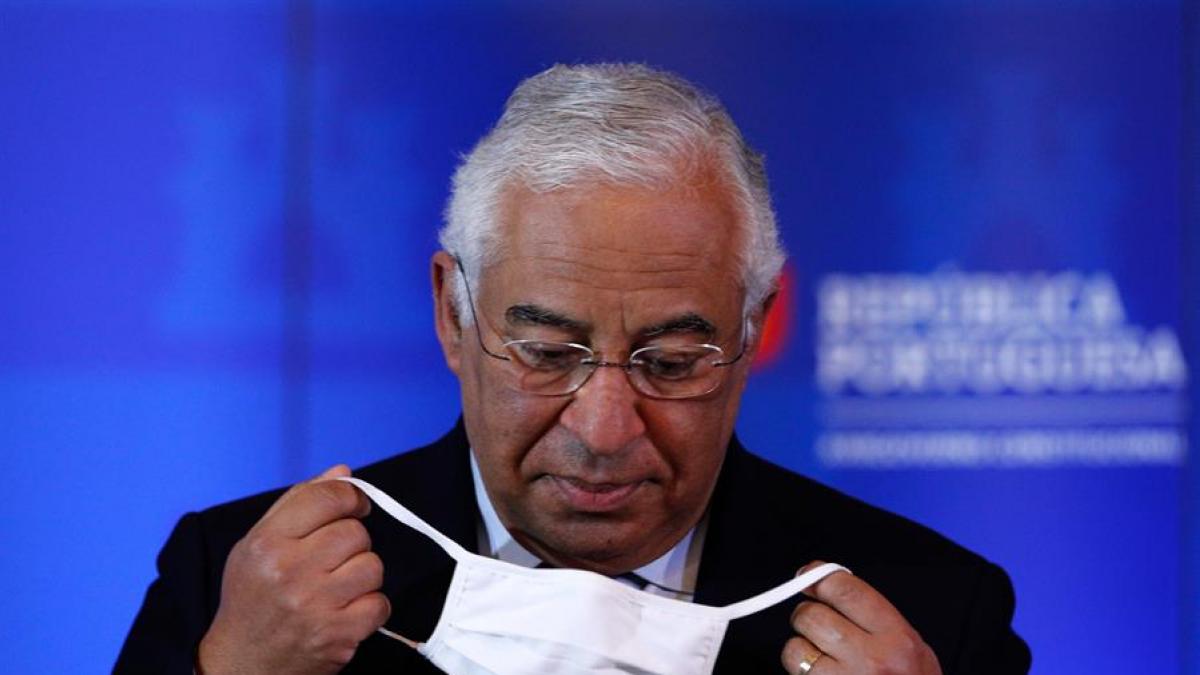 The evolution of the COVID-19 pandemic continues without reaching a ceiling in Portugal, which notified this Wednesday new maximum cases and deaths due to coronavirus, the same day that the Assembly of the Republic gave the green light to a new extension of the state of emergency, which will be in force at least until January 30, and the Government imposed a new confinement.

The new restrictions, which will take effect at 00:00 on Friday, are covered by a new extension of the state of emergency endorsed this Tuesday by parliamentarians from both the Socialist Party and the opposition. The extension is valid until midnight on January 30.

The Portuguese president, Marcelo Rebelo de Sousa, who is precisely in isolation after testing positive for a coronavirus – he has undergone several tests with contradictory results -, has already promulgated the extension, which in his opinion has an objective ” very urgent and precise “,” try contain and reverse the rapid growth of the pandemic. “

“The Council of Ministers has decided that from 00:00 hours on the 15th, the confinement, in a generalized way “, Portuguese Prime Minister António Costa announced, pointing out that in this new closing “the exceptions that already existed in March and April will be maintained.”

“The most dangerous moment”

“We are living the most dangerous moment, but also the most hopeful “, Costa said, before asking citizens to comply with the confinement that will be in force for at least 15 days.

In this sense, he called for containment and stated that “it would be misleading” for the Portuguese to say that in 15 days the restrictions could be relaxed. “I think we should assume them for the next month “, he added, expressing “hope” that the Portuguese authorities will not have to impose additional measures.

In parallel, he recognized that this measure has “huge economic costs”, although he defended the Government’s intention to achieve a “balance” between economy and health. “But there is something we also know: the cost of human life is priceless “, he argued, stressing that Portugal has reached a point where “it is not possible to doubt what to do and, therefore, we have to take a step back and take containment measures. “

Schools will not close

The only exception to the first steps of the pandemic are educational centers, which will remain open and “In full operation”, in Costa’s words, collected by the RTP chain.

Under the new confinement, the Portuguese will have to telework whenever possible and bars, restaurants and cafes may open solely to provide take away products.

In addition, establishments such as hairdressers will be closed again, as well as concert halls. For their part, supermarkets and supply stores will be able to operate, although with a maximum capacity of five people per 100 square meters.

More than half a million cases

Portugal on Wednesday exceeded the threshold of half a million infections by COVID-19, after confirming 507,108 since the start of the pandemic. The data was updated with 10,556 new positives, an unprecedented figure throughout the historical series.

The data of deceased, 156 in a single day, and there are already 8,326 people who have lost their lives in Portuguese territory victims of COVID-19. Almost 600 patients are admitted to intensive care units.

By regions, Only in Lisbon and the Tagus Valley have 3,973 new positives been registered, above the 3,628 confirmed in the North zone. These two areas, in which the two main cities of the country are located, concentrate more than seven out of every ten new infections.