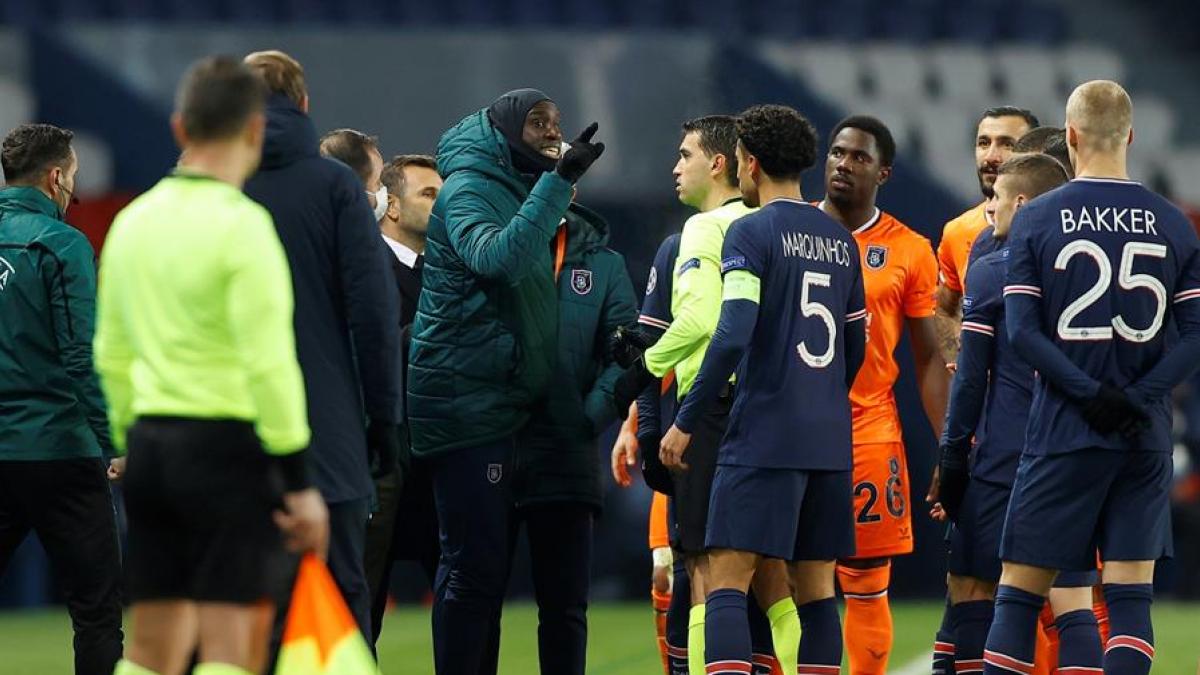 The Champions group stage match between PSG and Istanbul Basaksehir was suspended 10 minutes into the game after the fourth official called one of the Turkish club’s footballers “black”.

Although the serious episode is being investigated and it has not yet been clarified exactly what happened – other versions suggest that the insult was directed at an Istanbul assistant – the truth is that the players, after energetic protests, went to the locker rooms and it is in the air that the game can be resumed this Tuesday.

Pierre Webó, current assistant to the Turkish team and an old acquaintance of the Spanish League, where he played in Mallorca and Osasuna, addressed the assistant after hearing the word “black” and, in Spanish, he reproached him for his attitude before all the players took the decision to leave the field of play.

And PSG joins the squad. This is a big step: the two teams united against racismpic.twitter.com/vBCnWxFG7s