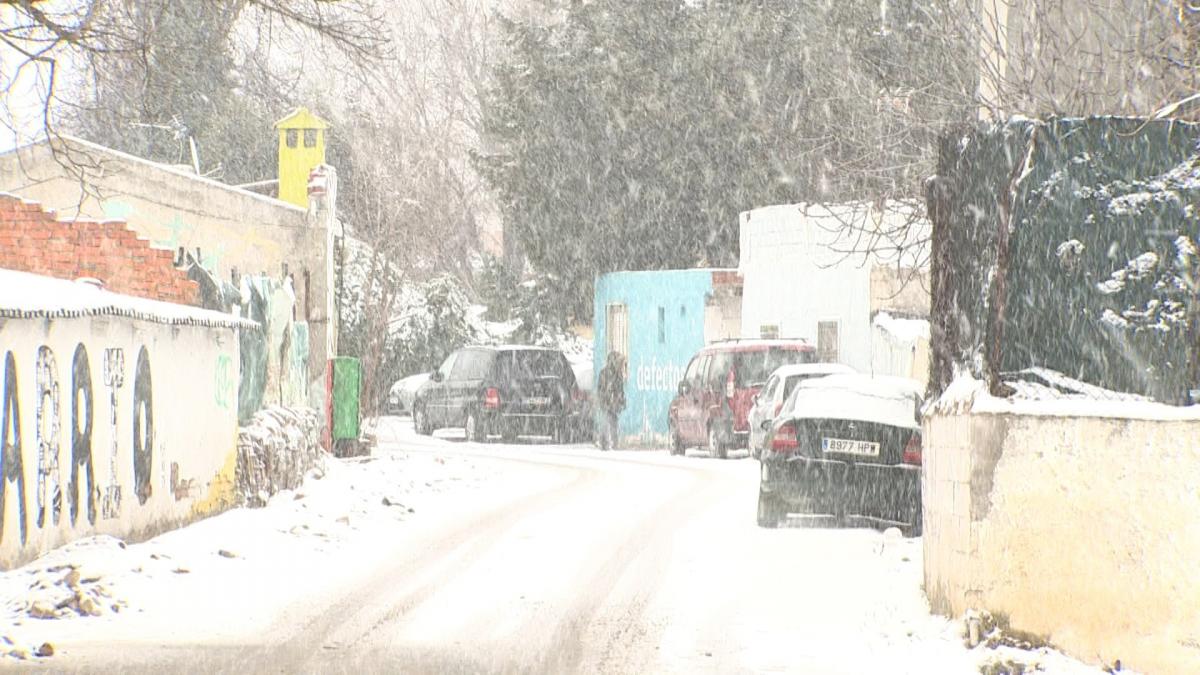 The mayor of Rivas-Vaciamadrid, Pedro del Cura, has issued a decree for UFD, Naturgy’s distributor, to proceed within a maximum period of 48 hours to the removal and disconnection of illegal couplings to the electricity grid of a series of plots in sector IV and V of Cañada Real Galiana, following the report of the Local Police that identifies them as marijuana growing areas.

With this, the Ripense City Council understands that, with these selective disconnections to those plots that take up an oversized consumption, it will be possible to restore electricity supply to affected families, who have been without light for three months,

The decree, already sent to the company, provides the Material security resources of the local administration that the company considers convenient for execute said suspension. Specifically, the Urban Planning, Urban Maintenance and Local Police services are notified to provide assistance for these tasks.

Del Cura specifies that these connections create “a potential risk” for the safety of all the more than 2,000 residents in the area, as it lacks a municipal license or technical supervision.

It also details those parcels to which the suspension is limited, given the damage they generate for the rest of the inhabitants. For this, it is supported by the provisions of the Land Law of the Community of Madrid and other regulations.

The mayor acts like this after the Local Police of Rivas has prepared a report that locate suspicious parcels of the Cañada Real that they carry out illegal connections to the electricity grid for marijuana cultivation. In addition, the UFD had asked the administration to confirm a roadmap endorsing the option of selective cuts and the assistance of members of the Security Forces in this regard.

Before, he asked the Court of the Guard of Arganda del Rey to Cautiously oblige Naturgy to restore the electricity supply in sector V of Cañada Real and demanded the presence of its technical staff from the company to disconnect the illegal hookups related to the production of marijuana.

In a report signed this Saturday by the Chief of the Local Police of the Ripense Consistory, they report data and photos of suspect parcels to locate these plantations in sectors IV and V of the Cañada Real, according to the electrical voltage overload associated with illegal connections made to the network.

“The identification of suspicious parcels what’s up cultivating these types of drugs, which cause serious harm to residents, their families, children, the elderly and the sick “, summarizes the document that uses information provided by the main post of the Civil Guard in Rivas, in addition to testimonies and complaints of neighbors who also point out those signs of marijuana cultivation.

Said parcels where a excessive consumption, something “verified” by Naturgy, correspond to areas where there has been “a clash between clans“based in Cañada, there is a “characteristic odor” of the substance Narcotic and “hundreds” of flowerpots and flowerpots appear periodically, as reported by the local Police.

Naturgy asked for confirmation for an “asymmetric disconnection”

For its part, the distribution company sent this Saturday a letter to the Community of Madrid, the Ministry of Ecological Transition, the Government Delegation and the City Council of Rivas in which analyze the situation in the Cañada Real.

First, the director of UFD, Raúl Suárez, provided a series of data to illustrate the level of overload that occurs in the network, as there are four clients registered in sectors V and VI when there are about 1,400 buildings in both areas, “many of them precarious and with installations that pose a serious risk for the safety of people “.

“The reality shows that most of them are directly and illegally connected to the electrical distribution network and they cause these overloads and consequent automatic disconnections, as this is the result of the aggregate consumption levels registered in these two sectors “, the company continues to also warn of the security problems that these fraudulent connections entail that do not have technical or professional certification .

However and on the situation of families, UFD emphasizes that some of the administrations advocate keep connections with lower consumption, probably “linked” to family situations, in clear allusion to the case of Rivas.

However, the distribution company demanded that its ability to disconnect be confirmed without prior judicial or administrative authorization. Further, demand that “aid” be provided of the Security Forces to execute them and “maintain that there are no reconnections”.

At this point he explained that current regulations empower him to make disconnections from illegal light splices when it is carried out, they are done without the pertinent administrative authorization, and in particular when they are direct hook-ups or dangerous installations.

But he also alluded to the current decree of the central government that prohibits suspension of supply cuts for vulnerable population while the state of alarm for the Covid-19 lasts.

Consequently, he consulted the administrations before the foreseeable presence of people in vulnerable situations in Cañada Real on the criteria to be able to apply an “asymmetric disconnect”. In this sense, to verify that consumption responds to a family situation or illegal activities.

“Once the points that should be disconnected have been determined, the experience of this distribution company shows that it is accompaniment by the public force is essential, because in the past there has been very strong opposition from those who must be disconnected “, UFD collects to trust that this” roadmap “can be executed” immediately “according to the” will “of some administrations to apply this disconnection selective.

The Community of Madrid in collaboration with the electricity distribution company Naturgy-UFD They will deliver this Monday a total of 120 butane bottles and 100 gas stoves for families residing in sectors V and VI of the Cañada Real.

The Vice Presidency of Social Rights led by Pablo Iglesias already urged the regional president, Isabel Díaz Ayuso, last Thursday, the deployment of the Emergency Military Unit (UME) to bring generator sets to Cañada Real of the Ministry of Defense for restore electricity, after three months with supply cuts.

Her counterpart and minister for the Ecological Transition and the Demographic Challenge, Teresa Ribera, considered that the location of the Cañada Real, increased by the cold wave, is of “total immediate emergency” and that it requires “all the resources invested to help a population in a situation of extreme vulnerability.”