With the obvious NATO maneuvers near the Russian border and the interventionism of this armed force in the Ukraine area, Russia has made an unprecedented decision, it will send bombers to regularly patrol the Gulf of Mexico area.

Sergei Shoigu, the Russian defense minister has stated that they have decided to take this decision as a result of “the current situation”.

Meanwhile, NATO accuses Russia of sending more troops to the Ukraine area (you know, eye for an eye and in the end all blind), likewise, Sergei has affirmed that they intend to maintain a military presence in the Caribbean area, next to USA

Obviously, it is a way of saying to the US, “be careful that we also have allies near your borders and we can place a military base 300 km away.”

This situation reminds us of the most dangerous moments of the so-called cold war, when Soviet bombers constantly patrolled the Caribbean waters, we assume that in anticipation of someone pressing the “nuclear button”. 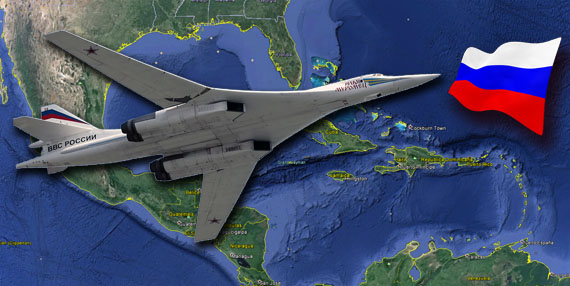 Apparently, the Russians already “tired” of the NATO global troop deployment, has decided to expand their own global deployment in areas of their allies such as Algeria, Cyprus, Seychelles, Vietnam and Singapore.

According to the studies shown by the European Leadership Network released, out of every forty incidents that occur due to violation of airspace, harassment of ships…. Etc. three of them have high chances of unleashing a major international incident

Likewise, analyst Justin Bronk has added that Russia intends to demonstrate to the world that it has the military force to surround NATO.

This does not look good …