Sandor Martín vs. Mikey García and other great fights in Spanish boxing

This Saturday, Spanish boxing is going to experience an important event: Sandor Martin will face Mikey Garcia in a fight that, possibly, will make the winner face a World Cup opportunity.

Mikey García has not only been world champion, he has been in four different weights no less, and it is an honor that a Spanish fighter faces a boxer of that category.

But this is not new; Spanish boxing already had great fights that raised the passion of fans and the world media for the importance of the event. Sandor will have the opportunity to emulate the great Spanish boxers of the past. We remember some great fights.

The first the October 26, 1933, with combat Paulino Uzcudun-Primo Carnera, heavyweight world championship and with the European title also at stake. This is the first time in heavyweight history that two Europeans have faced each other for a world title, and for a long time it was the heaviest match in history. Primo Carnera surpassed the Spaniard by 28 kilos, giving the Basque 93 kilos. The Spanish was 34 years old and the Italian 27. The European media covered the event and 80,000 people attended, a record in Europe.

The November 17, 1969, Jose Legrá he faced the mexican Vicente Saldivar for a knockout fight for the world featherweight title. The warping had a worldwide impact by considering the two fighters as the best feathers of the moment. The victory corresponded to Vicente Saldívar, but the world press denounced the verdict in favor of the Mexican, which he did not deserve at all. 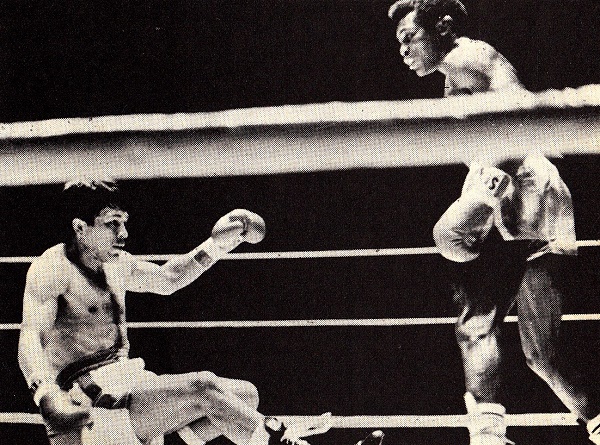 The November 5, 1971, Pedro Carrasco he became the third world champion of Spanish boxing by defeating the North American by disqualification Armando “Mando” Ramos at the Palacio de los Deportes in Madrid.
This fight meant a lot to the Spanish fans. Carrasco had been trying to contest the title for some time, but the fight had been called off several times. Mandó Ramos had already been a world champion and was the golden boy of North American boxing and the protégé of businesswoman Aileen Eaton.

José Manuel Ibar “Urtain” faced the Puerto Rican José “King” Román in dispute of a eliminatory by the world-wide title. The winner should face the world champion George Foreman. The match was held at the Bithorn stadium in San Juan de Puerto Rico on April 3, 1972. Nine thousand fans attended and was attended by former world champion Joe Frazier.
Both Urtain and José Román were the two white hopes, and both in the national and international press aroused great interest. The Puerto Rican would beat the points, but our champion openly criticized the referees. The ring lacked resin and Urtain claimed … “That when he struck, he did not seat his feet well and hit without power”. 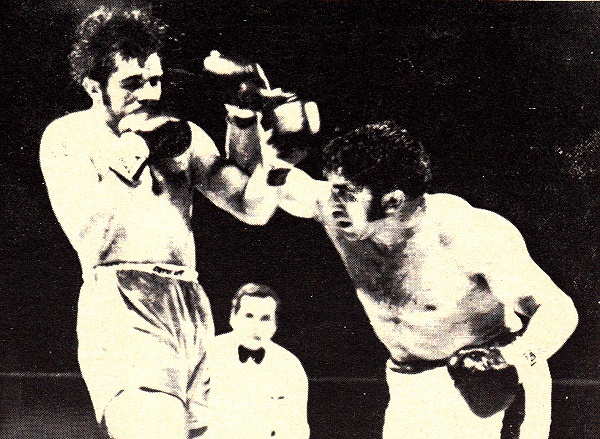 Alfredo Evangelista-Muhammad Ali. The bout was held at the Landover Capitol Center May 16, 1977 and 15,000 spectators witnessed it live. The event was organized by eccentric New York promoter Don King. Few fights in Spain raised so much expectation. Since the times of Paulino Uzcudun, a Spaniard has never contested a world heavyweight title. The fight was broadcast to the world on television and Alfredo became very popular in the United States.

The March 10, 1979, Roberto Castanon had the opportunity to contest the world featherweight title for the first time in front of the most fearsome opponent, who was crowning the WBC featherweight division at that time: the North American Dany “Coloradito” López, that he had the most victories before the limit in his fights. Castañón, European champion and unbeaten in his career, had been ignored by official bodies until he got the long-awaited fight. 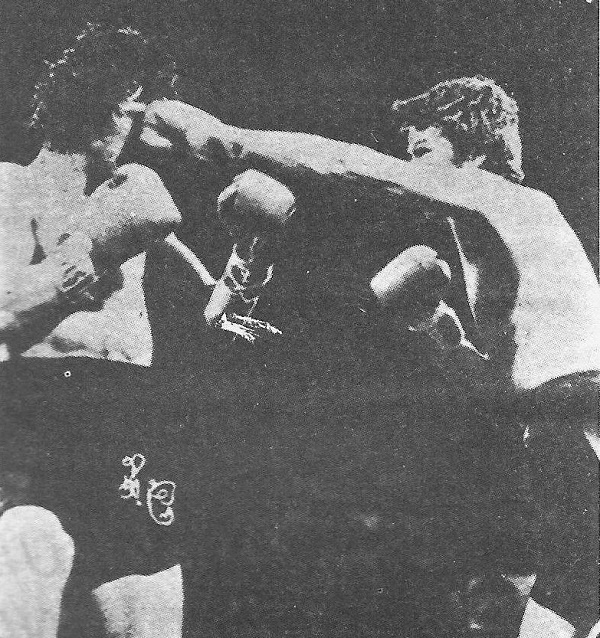 The featherweight world title fight between Roberto Castanon and the mexican Salvador Sanchez, celebrated March 22, 1981, is one of the most important fights disputed by a Spanish fighter. For the second time in his career, Roberto Castañón was on the verge of conquering the world title, after being defeated by TKO in ten rounds.
The fight was made to wait, it was hardly celebrated, because Castañón was about to leave boxing discouraged, despite being number one on the World Council, an agreement was not reached to be able to dispute the title.

At the Scope Arena in the Virginian town of Norfolk the July 27, 1991 the unified lightweight title bout was held. The champion Pernell whitaker retained the world title after twelve rounds in which the champion’s best technique, elegance, and dodging prevailed over the bravery and power of the Spanish challenger Policarpo Diaz.

Javier Castillejo, lost the World Boxing Council super welterweight title to Los Angeles Oscar de la hoya by points in twelve rounds. The scene of the combat was the MGM Grand Hotel in Las Vegas on June 23, 2001. De la Hoya, one of the greatest champions of the last decades, starred in a great fight, with Castillejo enduring all the rounds against the American star. All Spain was attentive in the early morning in front of the televisions.

Javier Castillejo He was crowned world middleweight champion in the version of the World Boxing Association by beating the German by TKO in the tenth round Felix sturm. Castillejo entered the history of our boxing by being the only fighter to win the world title in two different weights: super welterweight and a half. It was July 15, 2006 in Hamburg (Germany).

There is with what! Kyle Schwarber buried the Astros in the second inning