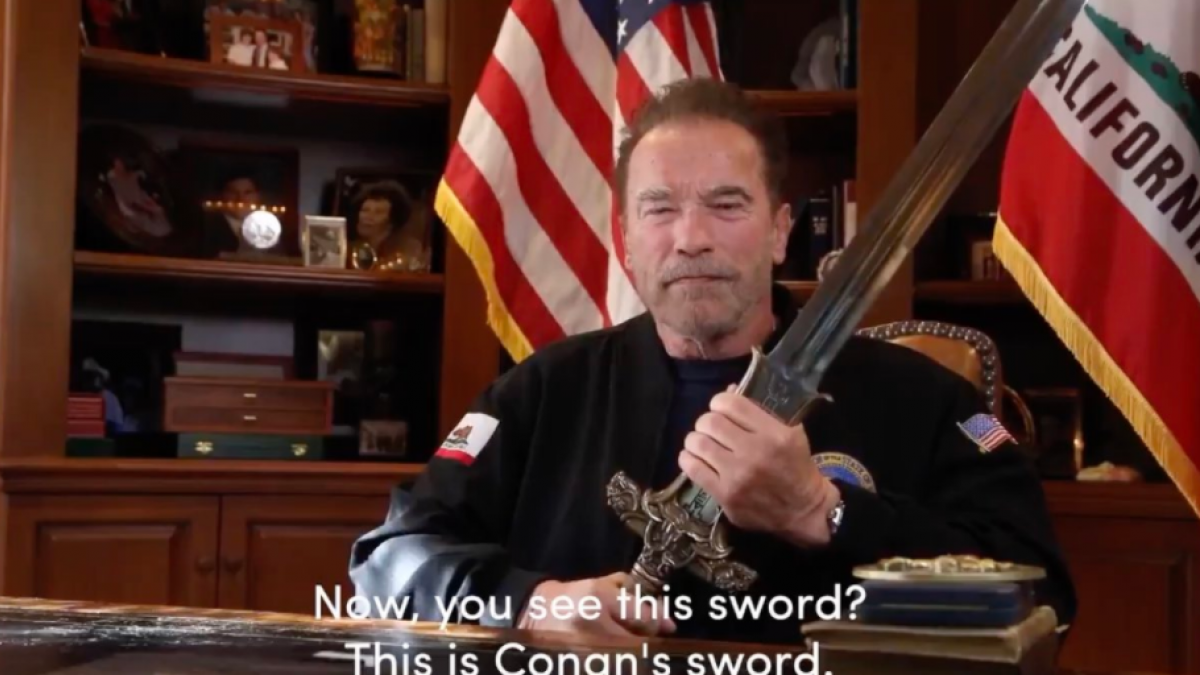 The actor and former Republican Governor of California, Arnold schwarzenegger, He has shared on his Twitter account a video where he is very tough with Donald Trump and with the occupation of the capitol last Wednesday by followers of the now president of the United States.

In his message, in addition, the Austrian-born actor does not hesitate to resort to one of the symbols of his filmography: the sword of Conan the Barbarian.

Schwarzenegger compared the occupation of the Capitol to the Kristallnacht or ‘night of the broken glass’, in November 1938, in which the Nazis vandalized Jewish synagogues and shops in Germany.

Schwarzenegger calls President Trump a “failed leader” who “will go down in history as the worst president in history”.

In his video, he also accuses Trump of attempting a coup. “fooling people with lies”.

The actor and former Republican politician shared the “painful memory” of his father coming home drunk and hitting him due to the trauma of war, establishing a simile with people who follow “a leadership of lies.”

Furthermore, he compared the Nazis to the Proud Boys the United States, a radical group that Trump has supported.

The climax of the actor’s speech came when held the sword before the camera which he wore as the protagonist of the epic fantasy movie Conan the barbarian.

Schwarzenegger compared the steel of the sword to democracy in America, saying, to paraphrase the film, that no matter how many hits it takes, because it will get stronger.

The actor from Thal (Austria) added: “America will return from these dark and will shine our light once more“and wished President-elect Biden” great success. “