Simply NUC is an integrator specialized in mini computers. From its headquarters in Texas, a few years ago it expanded its horizons and also sells its products in Europe. Today we bring two new models: “Topaz” with Intel processors and “Ruby” with AMD hardware. The user can choose between pre-installed Windows 10 (paid) or Ubuntu (free).

Both models share similarities and use the same universal chassis of the firm, which corresponds to the taller version of the Intel NUC. The chassis has replaceable cover expandable functionality and is supported for DIN, VESA plate mounts and also for serial port with a header on the RS 232 plate. Various use cases, consumer desks, living rooms or offices and placement anywhere because of its compact size.

It is delivered with a 65W or 90W power supply depending on the version and its corresponding adapter. Very good both in connectivity, with video output with 4K support, six USB ports (3.2 Type A and Type C) rear and front, dual 1 GbE and 2.5 GbE Ethernet ports and, as well as compatibility with the latest Wi-Fi wireless connectivity standards 6 and Bluetooth 5.0 with Intel AX200 chip.

It can equip up to 64 Gbytes of DDR4-3200 memory in two SODIMM slots and M.2 2280 for internal storage based on NVMe SSD or SATA solid state drives. It has a DisplayPort 1.4 port and HDMI 2.0a by default, although the video outputs can be expanded to another two DP 1.2A DP ++ through the USB 3.2 type C ports. 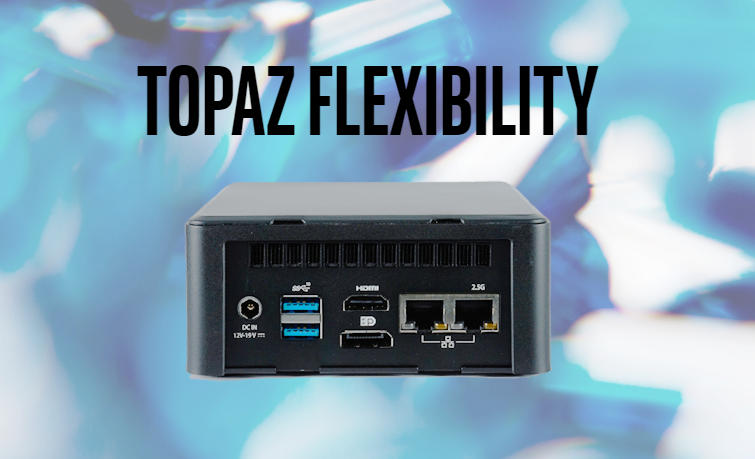 Simply NUC Topaz is offered in three configurations with the following prices: 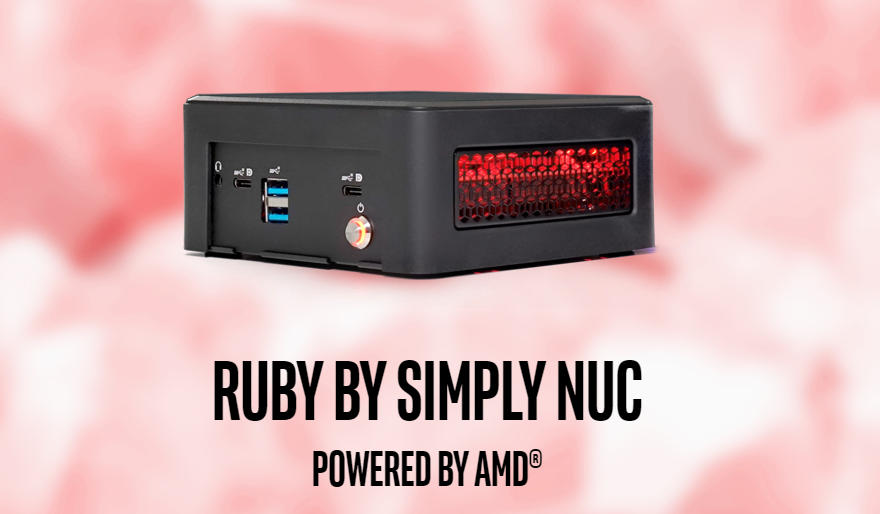 Its memory, storage and connectivity possibilities are the same as those of the Intel version and the manufacturer sells them with the following versions and prices:

Both computers ship with Windows 10 pre-installed (paid) and Ubuntu for free.