Being unfaithful is one of the biggest betrayals. It is not only said by society, it is also said by the “pact” that is “signed” when a relationship begins. Despite the fact that being unfaithful is not something new and it has existed all our life, it is a situation that is not well seen by society; a taboo subject in couple conversations that do not occur because it is understood that this situation is not going to occur.

«An infidelity is frowned upon because it is the breaking of a pact that you make with your partner, and if that pact is broken you feel betrayed. What this betrayal does is that it destroys the trust that had been built ”, explains the psychologist who is an expert in love relationships Lidia Alvarado. And what happens when trust is broken? That it is very difficult to get it back because it is easy to forgive, but not forget.

Many times, it is not only a sexual infidelity that occurs in an isolated way (which would be easier to forgive, according to the psychologist), but on repeated occasions there are cases in which it can already be said that there is a lover… «That happens to a higher degree of infidelity because it may be a parallel relationship. There is not only sex, but also conversations in which there is already an emotional connection with that person.

The fact that this topic is not discussed openly is because it is an “implicit pact” when a relationship begins and, as Lidia Alvarado (@lidia_alvaradolopez) says, “if one of the two breaks it, it is It would be a betrayal. The same does not happen when it is applied to open relationships, where it is allowed to have other affairs with different people: “There is no infidelity there, only the norm that the couple has is followed, which is to be able to be with more people.”

With the confinement that we live in mid-March, cases of infidelity have skyrocketed, and since there are several ways to be unfaithful, the psychologist Lara González differentiates up to seven types of infidelities.

1. Micro-infidelities. This type of infidelity is very subtle and very frequent. For example, you play the game of seduction to someone (implying that you are interested), without saying that you have a partner. Or in imagination you fantasize about another person who is not your partner.

2. Physics. You meet a person you like or are attracted to to “talk” but underneath that innocent stay, there is a desire to merge with that person. «It usually starts here, and then ends up between the sheets and consuming sexual infidelity. Based on repetitive meetings with that other person, all under the umbrella of creating a good and beautiful friendship, the true intentions are camouflaged, ”says psychologist Lara González.

«It is very comfortable since you can connect at any time you want (even if your partner is at home). In fact, 9 out of 10 unfaithful Ashley Madison use their mobile to cheat on their partner. 59% say that thanks to technology it is easier to find someone “, says the expert.

4. The sexual. This infidelity is the most carnal. “Many times your partner does not satisfy you in this area, and 68% of Ashley Madison women say that most of the time they do not reach orgasm with their husband, so you will have to find it outside,” she says.

5. The emotional. This type of infidelity begins with the need to cover a more emotional and affective part. All human beings have very basic emotional needs such as loving and being loved. If you feel that your partner has stopped taking care of you in the emotional field, Lara González says that you will end up being unfaithful.

6. For revenge or spite. There are people who discover that they have been unfaithful and motivated by all this anger and frustration they decide to be unfaithful too. “If you had been unfaithful (before) to your partner, if you found out, you would not have that feeling of revenge or discomfort,” explains Lara González.

7. For forgetting your ex. When you are going through the phases of grief, there are people who do not want to suffer and as an avoidance mechanism what they do is have an affair with another person to fill that void. Technically this would not be considered an infidelity since they are no longer with that person, but in practice they are, as the psychologist González says, since emotionally “they feel that they are still involved with their ex and they have not been able to cut their emotional ties yet. ». 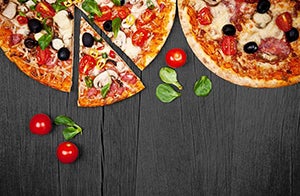