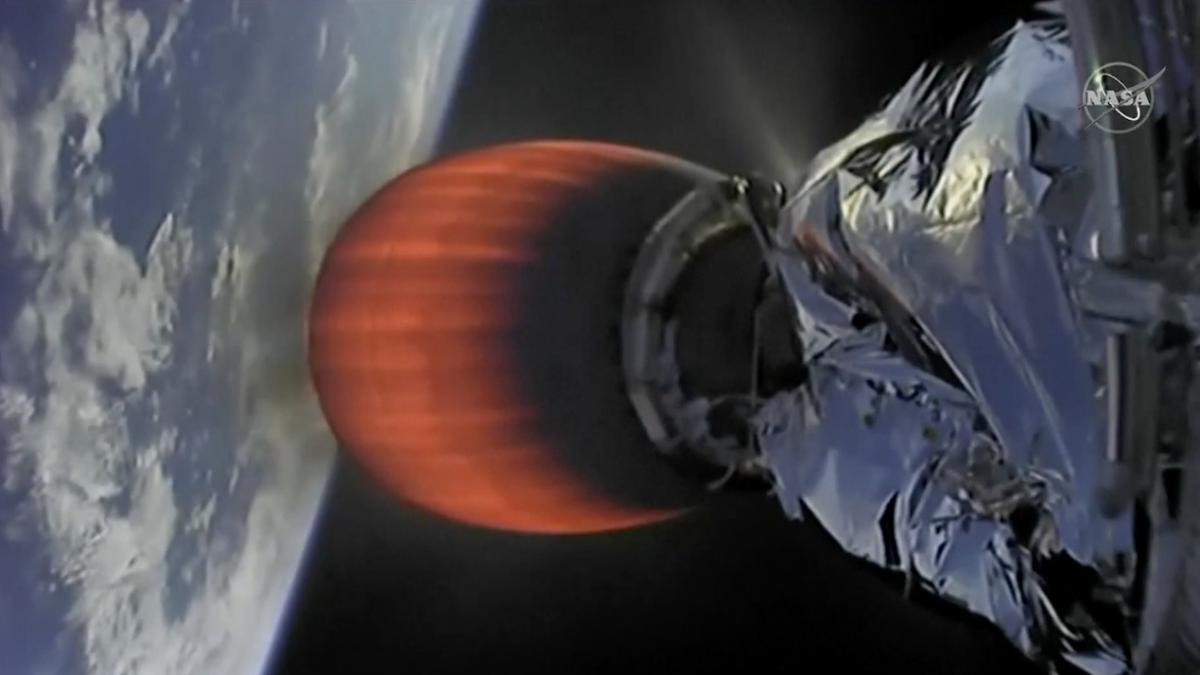 A Falcon 9 rocket from the private aerospace company SpaceX took off this Sunday with a capsule loaded with fresh produce and material and science teams for the International Space Station (ISS) from NASA’s Kennedy Space Center in Cape Canaveral, Florida.

The launch, initially scheduled for Saturday, December 5, occurred at 11.17 local time (16.17 GMT) and approximately 12.17 minutes later the capsule separated from the rocket and continued his own journey to the ISS, where it is expected to arrive on Monday around 1.30 pm local time (6.30 pm GMT).

It’s about the mission resupply number 21 of the ISS that makes a SpaceX Dragon cargo capsule and the first of an improved version of that vehicle that is capable of parking on the ISS automatically.

The trip is part of the 2.6 billion dollar contract signed in 2014 by NASA with SpaceX to transport astronauts and cargo from US soil to the ISS.

This new version of the capsule, carrying about 6,553 pounds (2,972 kilograms) of supplies and equipment for scientific research, can make up to five round trips to the ISS, while the previous one was only certified for three trips, according to information from Spacex.

Among the cargo it carries is a new lock module or “door to space” that will facilitate the entry of materials to the ISS. The Bishop module is owned by the American company Nanoracks.

The reusable part of the Falcon 9 rocket that put the Dragon capsule in space today landed just minutes after lift-off on SpaceX’s “Of Course, I Still Love You” platform in the Atlantic Ocean.

Among the novelties of this mission is that it will be the first time that there will be two Dragon capsules attached to the ISS, where currently there are five transport ships parked.

One of those five ships is the historic Dragon Crew-1, which on 15 November transported the first manned operational mission to the ISS, with the Americans Shannon Walker, Michael Hopkins and Victor Glover, and the Japanese Soichi Noguchi inside.

Likewise, the mission will be the “first automatic docking to the station for a cargo resupply mission” for the firm SpaceX, owned by businessman Elon Musk, who is also the owner of the electric car manufacturer Tesla.

This upgraded version of the Dragon capsule “doubles the capacity of electric lockers that preserve scientific and research samples during transport to or from Earth, “NASA noted on its blog.

Some of the equipment and materials in the capsule will help astronauts monitor the effects of microgravity on the brain, count white blood cells and examine changes in the heart.

The capsule will remain docked to the ISS for about a month and will return to earth with materials and equipment no longer needed there. The capsule will be recovered at sea if everything goes as planned.