Sulem Urbina returns home and will be put to the test 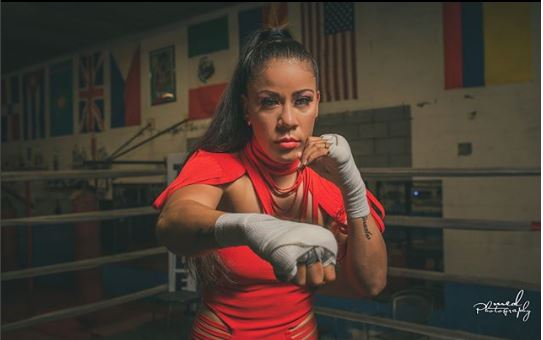 The beautiful Sulem Urbina returns home, and will be part of the Boxing Wednesday experience, next day 20, at the Fairplay Club, within the function that will be co-promoted by 2M Promotions, Zanfer and Golden Boy, and which will be broadcast on I live internationally on ESPN Knock Out.

As a representative of women’s boxing in the month of breast cancer prevention, Urbina (12-2-0, 2 ko’s) will be put to the test by the Mexican Tania Iztel “Zoka” García (6-6-0), in the expect a very competitive fight, with lots of action, 8 rounds at flyweight.

Urbina was undefeated his first 12 fights, and the two losses that appear on his record have been suffered in his two most recent fights. In October of last year she lost her undefeated to Marlen Esparza in Indio, California, in a WBC elimination bout, and in July of this year she played the WBA Fly World Championship against Japan’s Naoko Fujioka in Los Angeles, who overcame her by majority decision. .

He has not fought in Hermosillo since April 2019, when he beat Araceli Palacios on points, but he has had a great preparation because he wants to give his people a great performance.

Her rival, the Mexican Tania Itzel “Zoka” García, is a fighter who usually fights with great rhythm from the first round, who has great resistance and condition and who always seeks to pressure her rival.

It is known that when a high-performance athlete who resides and trains at altitude, goes out to practice his discipline at a venue that is at sea level or at low altitude, his performance and recovery capacity is enhanced, and that is what It can happen with “Zoka” García, and he already demonstrated it last August, precisely in Hermosillo, when he appeared and gave a very close fight to the two-time world champion, Montserrat Alarcón, so in this duel Against Sulem Urbina, the Mexican could go up with that natural advantage of condition, speed, endurance and recovery.

Precisely Sulem Urbina will attend a virtual press conference, this Wednesday at 2:00 p.m. (Central time of the republic), where he will talk about his preparation and the motivation he has for returning home.

The contest between Sulem and Tania Itzel is part of the multi-star boxing evening that will be led by the attractive 10-round Super Bantamweight duel between Víctor “Spock” ​​Méndez (30-4-2, 22 ko’s) and Miguel Ángel Rodríguez Vivanco (16 -2-2, 7 ko’s), in a clash between a true fajador and a boxer of technique, speed and ring travel.

Four preliminary fights will complement the function of Wednesday 20 at the Fairplay Club, which will have public access with seats available on the superboletos.com portal, and which will have the presence of DJ Karen Fierros entertaining and setting the event, in which The indications of the Hermosillo health authorities and the Sonora Box Commission will be followed to follow the respective protocols.

Boxing and the professional K1 return to Vitoria-Gasteiz this Friday, October 22

Fran and Natxo Mendoza this Friday in Vitoria

Euskobox Since March 2020, no boxing matches or professional K1 have been held in Vitoria-Gasteiz. Euskobox It has tried to...