Modus Games and Pixile Studios They release an amazing Halloween update and limited duration event for Super Animal Royale. The celebrations may begin at 9:00 p.m. peninsular time (GMT +2), the time at which the update arrives on all platforms.

The star of the event is the new mode that will be available for a limited time only: Welcome to Clucklesland. Watch the special mini-episode of the animated series
Super Animal Royale Tonight to discover what this mode consists of.

The new Zombie Bird Infection mode allows up to 40 players to play simultaneously, in groups of four. At the start of each game, four random players are unknowingly infected with “the Cluckles,” an incurable disease that will soon transform the unfortunate into ravenous undead chickens. But, although it may not seem like it, the Cluckles also has its advantages: Zombie chickens have supernatural speed and hearing, as well as infectious chicken claws ready to enlist all the Super Animals left on the island in the ranks of the Clucklesland army. . Survivors can loot, shoot, hide, or huddle with other teams to avoid getting infected, catch up with the giant eagle, and escape the chaos on its back.

In addition to the new game mode, this special event introduces a new type of currency: Sweet Corn, which is scattered throughout the island for players to collect and exchange for cosmetics that will be available for a limited time. There are a total of 8 new items this year, and 19 classic items from previous years that will be making a comeback. There are also two new Super Animal breeds that can be unlocked in the lab: the Super Nightmare Horse (an incendiary horse willing to terrorize you in your dreams) and the Super Skullcat Calavera.

Pixile Port is added to the Super Animal World map, replacing the SAW port and providing the east coast with a new point of interest. You can hide behind shipping containers, inside warehouses, fight in the open in parking lots, and visit the lighthouse on the coast. The Super Museum of Modern Art, in the southwest of the island, has also updated its collection to include the winners of the last Super Art Contest. 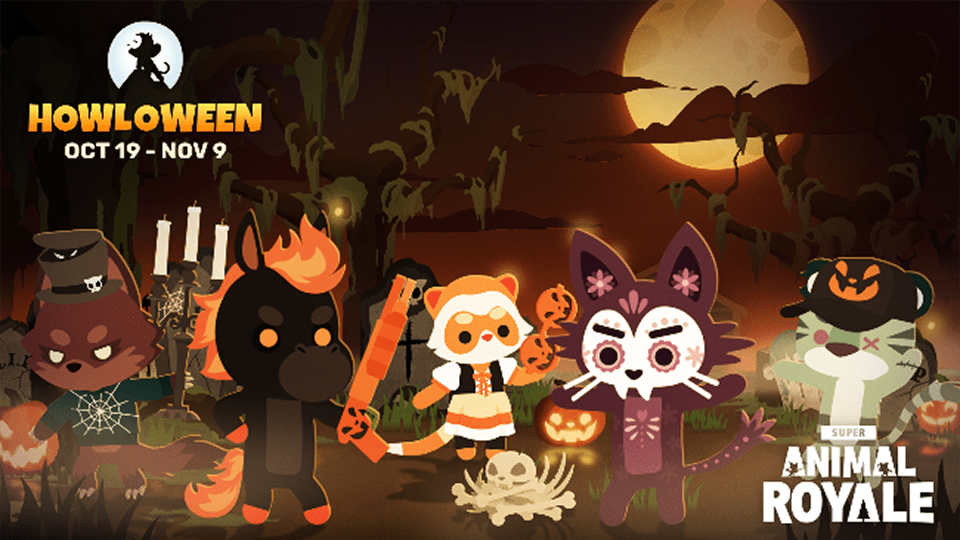