Sad news arrives for the “Survivor” family. The contestant on the Palau edition of the show, Cassandra Anne “Angie” Jacusz, died at the age of 40.

Jacusz passed away after fighting a tough battle with cancer.

The woman’s cause of death has yet to be released, but a GoFundMe page originally created in January 2018 said that in November 2017, Jakusz was diagnosed with “a rare form of squamous cell colorectal cancer.” .

The site said it took “three months to diagnose” Jacusz’s illness and they incurred $ 30,000 in medical bills because she was uninsured. Later, she qualified for insurance, but the family was seeking help to cover the part of her care that was not covered.

Survivor Palau Angie 😭 🏝
I knew she was battling cancer a few years ago but I had no idea this was her end.
So sad. So very sad. https://t.co/bpajqhHlB5

“With a combined chemotherapy and radiation treatment, this form of cancer has an 80 percent success rate among patients,” the site reads. “While her treatment will be exhausting and exhausting on her body, Angie is a strong and healthy 37-year-old woman and we hope she makes a full recovery.”

There it was ensured that the former contestant was born on March 27, 1980 in Waukesha, Wisconsin, and spent time in New York and San Francisco before settling permanently in New Orleans, where she worked as a bartender. She also liked to paint, design, sew, and bake.

Her obituary reads: “Angie was an incredibly passionate person with an extraordinary lust for life. Whether he was sewing, painting, drawing, doing nail art or makeup, dressing, reading, snorkeling, diving, traveling, or just doing whatever, he did it with love and laser precision. She was a founding member of the New Orleans Noise Coalition and had participated in season 10 of Survivor. She is survived by her husband of nine years, Steven Calandra; his parents, Linda and Wayne Jakusz; his brother, Jon Jakusz; a niece, Addison Calandra and a nephew, Leo Robert Probst-Jakusz ”.

Angie’s passage in “Survivor”
Jacusz competed in the 10th season of Survivor, which was filmed in Palau. It was the first season to feature 20 contestants, and it was also the infamous Ulong tribe season, where all members of Ulong were eliminated until only Stephenie LaGrossa was left.

I learned tonight of the passing of my cast mate and tribe mate from Survivor Palau. Gone too soon. 💔

Jacusz was part of the unfortunate Ulong tribe. She was sent off after trying to go after Bobby Jon Drinkard and finished in 13th place.

Her tribe mate Coby Archa wrote on Twitter upon learning of her death: “I knew she was battling cancer a few years ago but had no idea this was her end. Very sad. Very sad”.

Tribemate Kimberly Mullen added: “Tonight I learned of the passing of my castmate and tribemate from Survivor Palau. He left too soon. embraced life. His light went out too soon, the night will now be darker. Rest in peace”.

Archa also told People: “People have to remember that in 2005 women weren’t throwing themselves into Survivor with dreadlocks and tattoos. She broke the casting barrier. Fans were very connected to his story. And many people wanted to see her participate again because of her strength ”.

He continued: “We had heard from her family 3 years ago that she was battling cancer. We raise some money for your treatments. He didn’t like the fame, just the Survivor experience. He came, played and returned to his life in New Orleans. She liked her life that way. “ 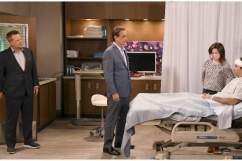