Tablets are in danger of extinction because of smartphones 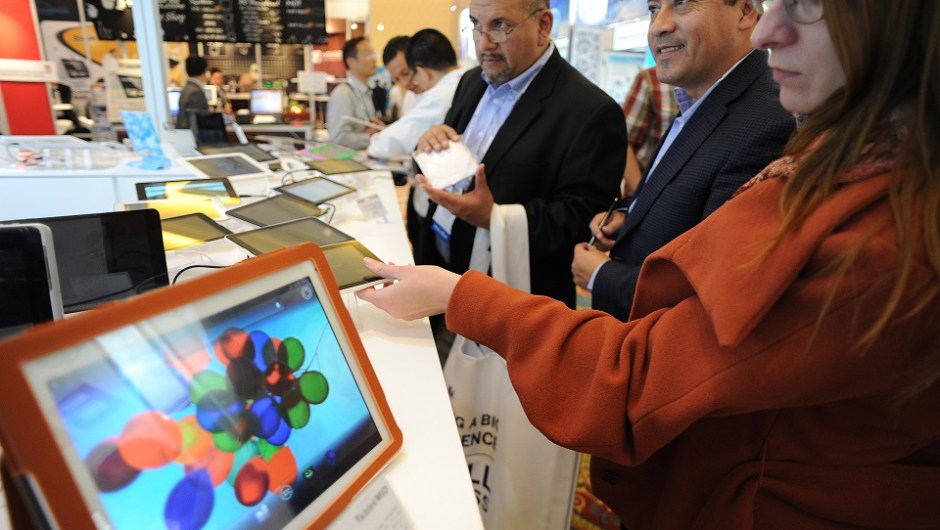 Experts expect the tablet market to slow down in 2016, while cell phones may increase sales this year. (Credit: ROBYN BECK / . / .)

(CNNExpansión) – The constant increase in the size of smartphone screens has brought these gadgets closer and closer to consumers, which is why from 2015 they have become the ideal substitute for tablets.

According to the director of technology analysis of the Consumer Technology Association (CTA), Steve Koening, mobile phones will be the “cannibal” of tablets in the near future. It is even estimated that in 2016, the global market for these devices will shrink 8%.

“In the global market, it is expected that tablets will stop in adoption due to the growth of the size of smartphones, which is expected to end up cannibalizing the category completely in the future. Although they remain stable in market share, there are no longer many reasons for users to choose them over a phone, ”Koening said during his conference on the technology economic environment at the start of CES 2016 press day in Las Vegas.

Contrary to the tablet market, smartphones grew 4% during 2015 and are expected to maintain their growth this year, according to CTA data.

Despite the fact that tablets have dropped in price about 9% in the last 24 months, this has not been enough to stay afloat of the innovation line, in which mobiles have the advantage of better screen resolution, variety prices and more frequent updates in their operating systems.

During CES 2016, it is expected that several models of low-priced tablets and a variety of applications will be presented for these devices, increasingly focused on industry and commerce, gradually moving the category away from the spotlight.

Despite the pessimistic outlook for tablets, in 2015 they were placed alongside smartphones and mobile PCs in the so-called “technology triumvirate”. The three categories accounted for 58% of the world’s technology spending, representing a total of $ 551 billion in market value.

In addition to these three categories, 4K televisions and wearables – devices that are used as an extension of the body – are expected to continue to gain ground in the technology market, especially in developing markets, where spending in this segment has grown consistently resembling the consumption levels of mature markets. Wearables grew 22% throughout 2015.

Although the technology market continues to lead in personal expenses in the world, Koening warned that the current economic environment will impact the adoption of new technologies in the various markets, both mature and developing.

“Adoption will be slower due to the high price of the dollar and above all, due to low expectations in China,” says the expert.

Regarding America, Mexico is seen as a strong player in low-cost manufacturing and is expected to remain at a constant level of adoption, while nations such as Brazil and Argentina will be the most affected by the situations of China and the super dollar.