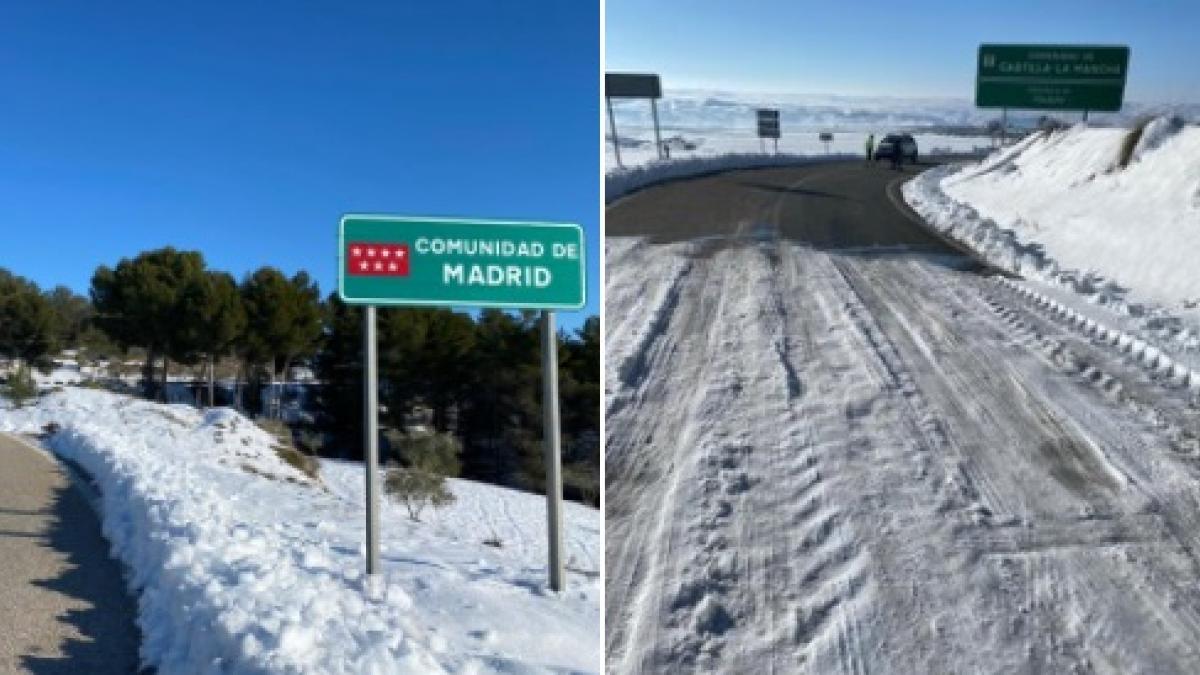 The chaos in which the storm Filomena has plunged the country in the last five days is not limited to essential services and the living conditions of the Spanish, but has also left a rosary of clashes between the different political formations. If the disputes between the central government and the Community of Madrid over the declaration of the region as a catastrophic area were not enough, this controversy is compounded by the hitch between PP and PSOE for the cleaning of the roads.

The malaise began this Tuesday morning when the deputy in the Madrid Assembly and general secretary of the Socialist Youth of the region, Javier Guardiola, shared two photographs on his social networks in which compared the state of the M-322 road in the Community (still with snow) and in Castilla-La Mancha (already clear).

“A friend sends me these two photos where management looks of the Government of Castilla-La Mancha and the management of the Community of Madrid, “Guardiola wrote on Twitter along with the images.

The Regional Minister for Transport, Mobility and Infrastructures, Ángel Garrido, has responded to these words and has described the comparison as “puerile” and “lamentable”. He did it first at the press conference on the consequences caused by Filomena in Madrid, where he stressed that it is not about “a competition of snow plows”, and later on Twitter.

“Let’s stop fooling around and to play with the sweat, with the work and with the effort of so many people who are leaving their lives and their skin, “Garrido said in his appearance, in which he appealed to” common sense. ”

Likewise, it has justified that the one in the images is a local road “with hardly any circulation” which is not “one of the Community’s priorities”. “Obviously many people have sent us photos of contrary cases, such as that of the M-121 between Madrid and Guadalajara, where the exact opposite happens“, has launched the counselor.

In addition, he regretted that these statements came from a Madrid deputy, who “questions the effectiveness in the management of his own Community”, and has indicated that his counterpart in Castilla-La Mancha or the regional president, Emiliano García-Page, they wouldn’t have made those claims.

And he has continued on Twitter, where he has published an image of another road, in which the Madrid part is clear and the Castilian-Manchega covered with snow: “Regrettable that a PSOE deputy for the Community wants to denigrate the effort of our Highway professionals. All Administrations are doing our best to restore normalcy. Less jokes and more help“.

It is unfortunate that a PSOE deputy for the @CommunityMadrid, want to denigrate the effort of our Highway professionals.

All Administrations are doing our best to restore normalcy.

Because there are all kinds of photos 👇 pic.twitter.com/83x1sgVmdB

However, the confrontation between the two has not stopped there. Guardiola responded to Garrido’s tweet with another image, this time, of the Madrid metro crowded with people because of the storm in full pandemic. “Yes, counselor, there are photos of all kinds,” he added.