The brand with the four rings starts the early booking period for the new Audi e-tron GT. The electric sports saloon already has prices in Italy, making the transalpine country the first in Europe in which the third electric Audi is already available under the now usual pre-sale format.

The brand with the four rings has already set prices for what is the third model in the new range of electrics. The Audi e-tron GT begins its commercial journey in Italy, where the German manufacturer will open the books for online reservations and advance sales, starting tomorrow, December 10, anticipating other European markets.

After two SUVs, it is the turn of the new very high-performance sports saloon, the e-tron GT is a model that will be positioned at the same level as the Audi A7 Sportback, and with such suggestive lines in the 4.9 meters in length, but with a much more aggressive design. A lower front, which introduces a new design of the closed Singleframe grill, and with a sinuous roof line that descends with more force at the rear. 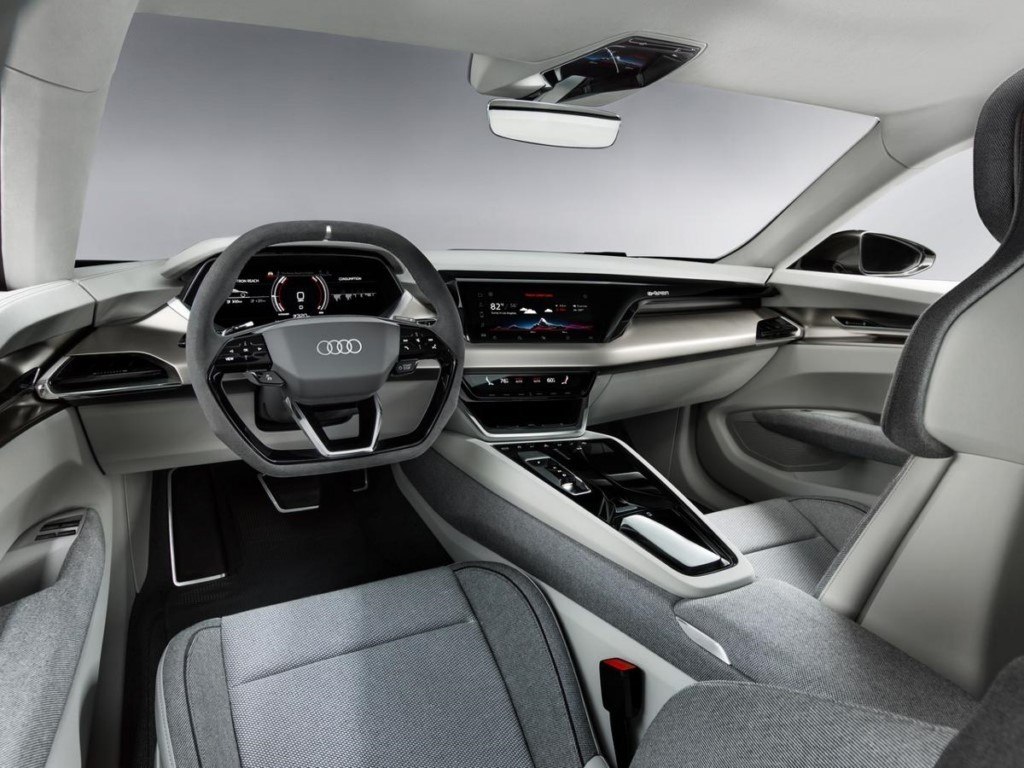 The luxurious and sporty interior of the Audi e-tron GT, the first electric saloon with the four rings

The production Audi e-tron GT inherits virtually all of the advanced design in the concept car, with a few muscular wheel arches that will accommodate 19 to 21 inch alloy wheels, marked shoulders and a rear that, once again, will have the riders joined by a thin horizontal bar. These are the main features of the exterior design, betting on a more luxurious interior, in which large screens will dominate the cabin.

The first electric signed by Audi Sport inherits the J1 platform of the Porsche Taycan, with quattro all-wheel drive versions, thanks to two electric motors, although the arrival of a rear-wheel drive option is also expected. The most powerful will receive the confirmed name of RS e-tron, with a maximum power of 590 hp that will reach 646 hp thanks to the “boost” function for a limited time.

Audi will offer the most advanced technology to bring maximum power to the asphalt, and dose according to the driving style and the grip conditions, for which they will add a LSD limited slip differential, an ECO driving mode to reduce energy consumption, an adaptive suspension with three levels of adjustment and rear direction, the latter of series. 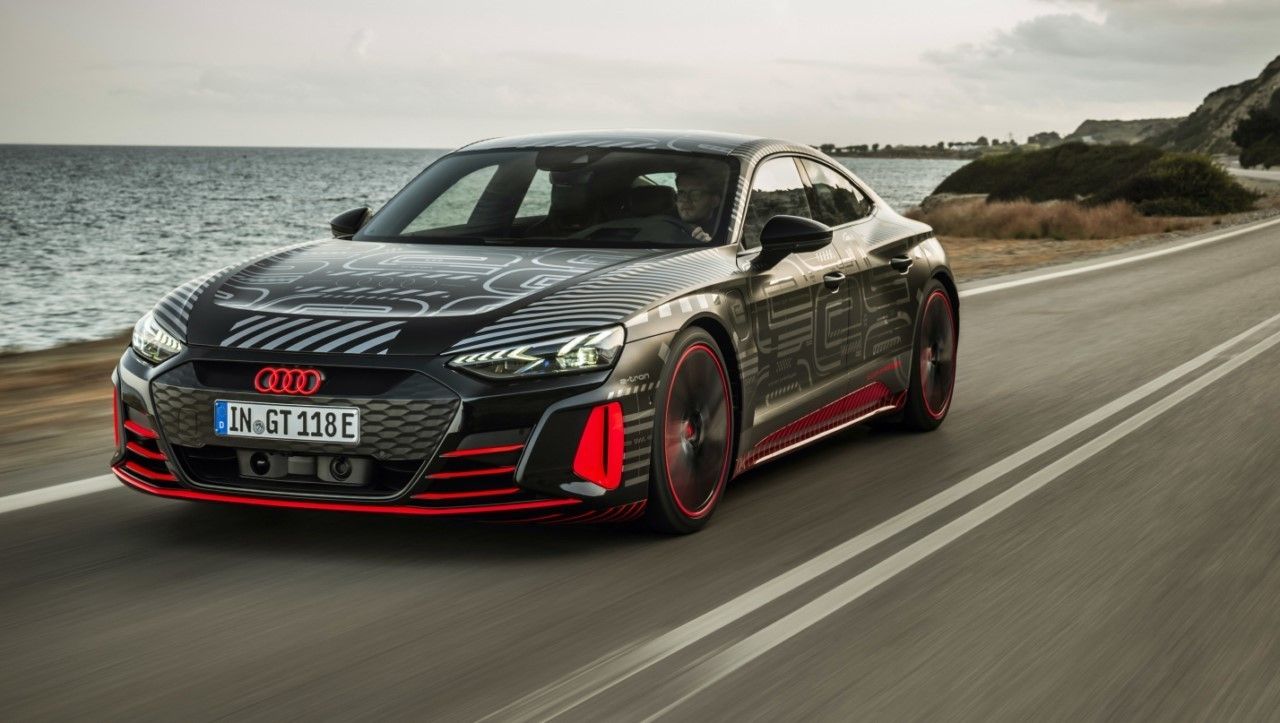 The Audi e-tron GT will be offered in different versions, including the confirmed RS e-tron

The new e-tron GT will also have the battery positioned between the two axles, with a center of gravity that is lower than that of the Audi R8, being the first model of the firm with a weight distribution of 50:50. The German firm has not specified the maximum autonomy of the new model, but it is known that net capacity is 83.7 kWh -Gross of 93.4 kWh-, which augurs an approximate figure of 450 kilometers.

For sale in Spain with a deposit of 2,000 Euros, the price in this market is unknown for now, but it will not be very far from the 138,000 Euros it costs in Italy. The transalpine country is the first in Europe to have a price, and where the reserve deposit increases to 3,000 Euros. The new model will be presented at the end of the year, although unit delivery will be delayed until the second half of 2021.