It was one of the most anticipated fights in boxing. On one side Tyson Fury, on the other Deontay Wilder, and a heavyweight contest that also had the flavor that it was going to be the closing of an epic trilogy. And so it was, because both fighters starred in an evening to remember, where the victory was finally in the hands of the Briton by knockout in the 11th round.

WATCH THE BEST OF THE FIGHT IN THIS VIDEO

The 35-year-old American Wilder will now have to seek other horizons after not having been able to defeat Fury in any of the three times he had him in front of him. It was a draw in the first contest and then two victories for the Briton, both before the limit.

After waiting for his exit to the ring, Wilder started the fight strong, connecting the first blows to the body and head of a Fury that presented the highest weight of his career (125.6 kg).

The Bronze Bomber took the first assault but Fury began to deliver the most accurate blows of the combat. The Briton was picking up pace until in the third round he sent Wilder to the canvas for the first time with a right hook.

The American resisted until the bell and quickly turned it around thanks to his fearsome right hand, with which he sent Fury to the ground twice in the fourth round. With both fighters touched, Wilder and Fury tried to settle back in the ring, granting themselves a small truce in three even rounds.

In the seventh, the British crashed a powerful right hand against Wilder that left him shaking but the American was still on his feet and ready to resist. Wilder, a knockout specialist, hoped to find a winning shot but it was Fury who brought him to the knee again in the 10th round.

The Brit also resented Wilder’s blows but, with 1 minute 10 10 seconds to go in the eleventh round, he managed to land a withering right hook from which Wilder could no longer recover.

The trilogy between Fury and Wilder began in 2018, with a first fight in Los Angeles that ended in a draw, after the Briton survived two falls, one of them in the 12th round.

Fury knocked out Wilder in the seventh round of the second fight, which took place in February 2020 in Las Vegas, Nevada, the last time both fighters had stepped into a ring.

Rather than face the American again, Fury had planned a heavyweight belt unification bout this year against compatriot Anthony Joshua, but an independent referee ordered him to concede Wilder a third rematch bout.

Saturday’s fight was scheduled for July but was postponed after Fury and members of his team tested positive for coronavirus.

THE BEST PHOTOS OF THE FIGHT 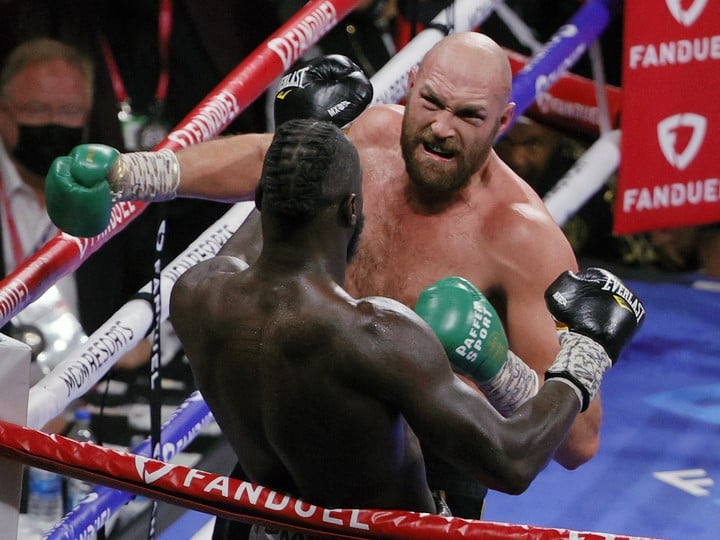 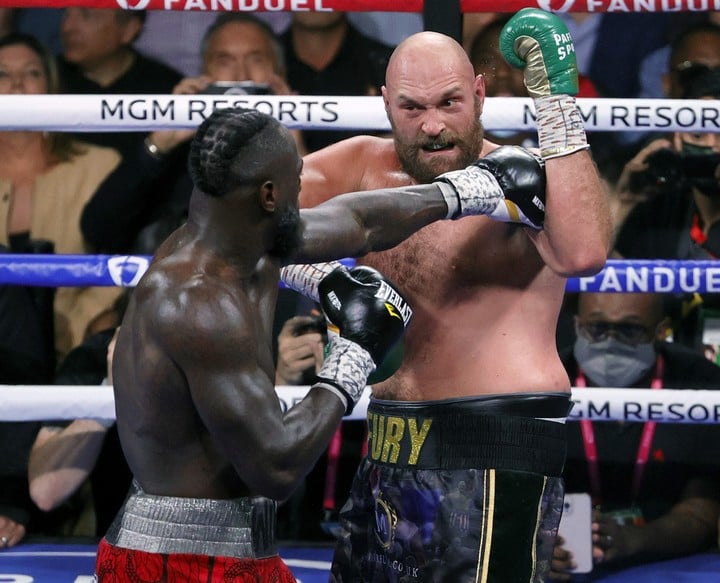 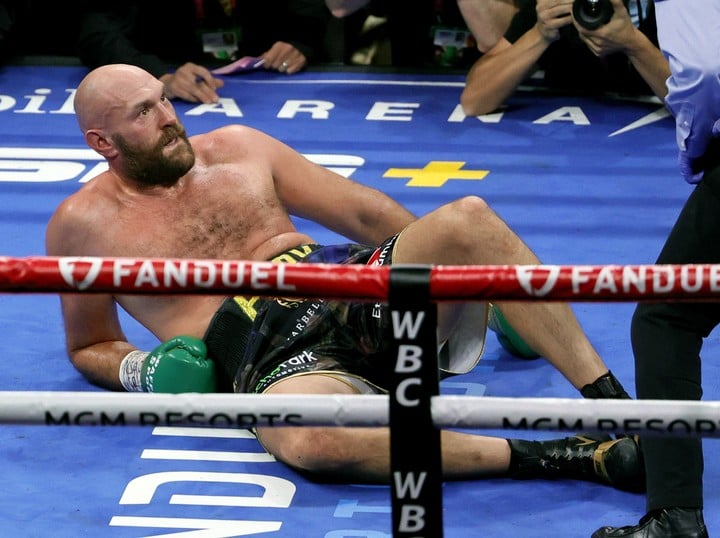 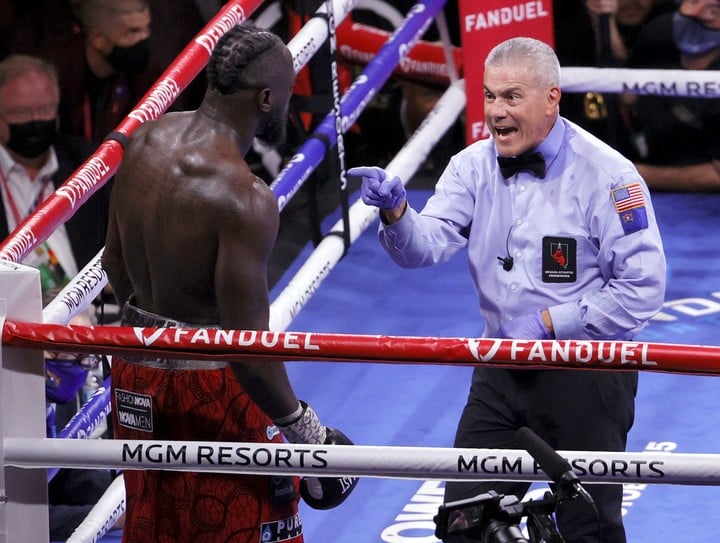 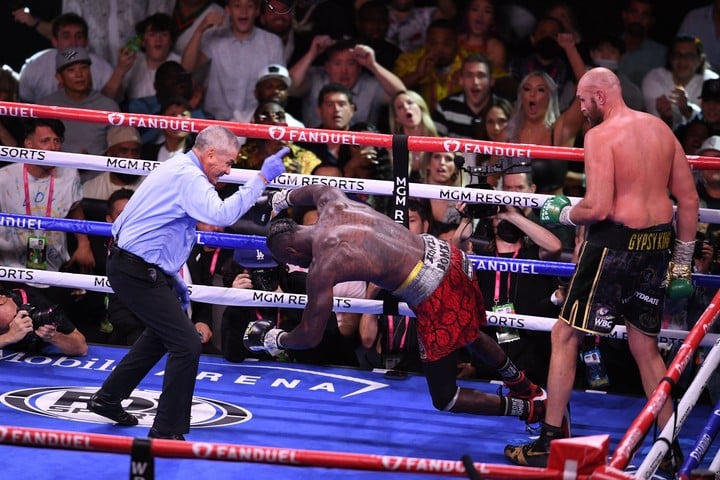 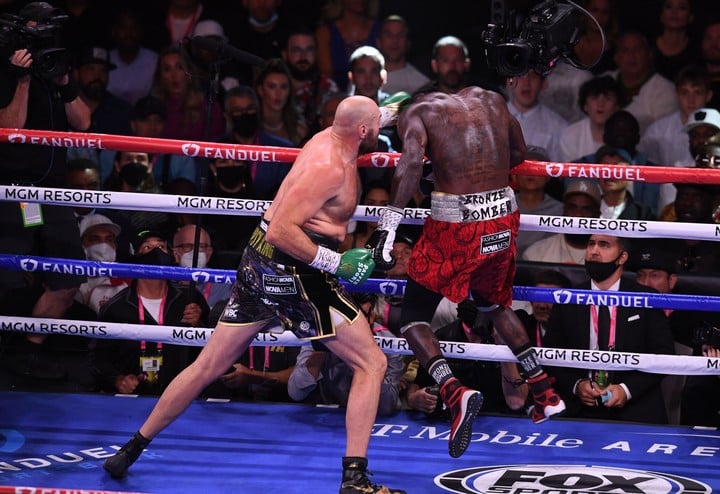 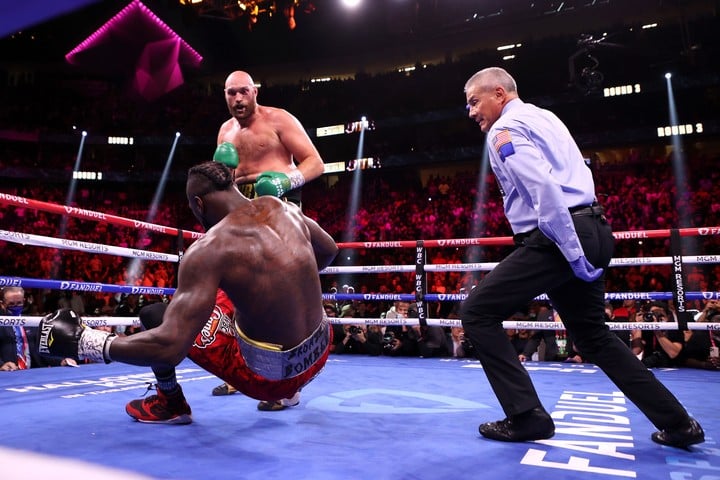 Tyson Fury revalidated his World Boxing Council (WBC) maximum weight title by defeating American Deontay Wilder by knockout in the eleventh round, who came to knock him down twice. “It was one of the most important victories of my life. I am the best, but Wilder is the second best in the world. I know it because I beat him three times. Whoever came to see great boxing left happy They will surely remember October 10, 2021 “stated Fury.

The so-called “Gypsy King”, 33, dropped Wilder in the first round, but the American sent Fury to the canvas twice during the fourth round of the fight in Las Vegas. But the victor bounced back and knocked the 35-year-old American down again before knocking him out in the 11th round to celebrate his second win in this trilogy.

“I am grateful to my team, without which I would not have reached where I am today. It made me grow in myself and I continued on its way. I am the king and I am still here,” said Fury, who now hopes to fight Ukrainian Oleksandr Usyk, the WBA, WBO and IBF heavyweight champion. In any case, the latter must first give the rematch to fellow Briton Anthony Joshua, whom he stripped of his crowns in September.