The NBA jerseys They are one of the essential garments for basketball lovers. The element that It can not be missing in the closet to show the passion for this sport and support the different franchises and stars. Among them, there is a series of player jerseys that stand out for being among the best sellers of the 2018/2019 season as the league itself points out. We are going to tell you which are the ones that sweep the official NBA store, all of them are made with the highest quality fabric so that they are comfortable, breathable and have all the embroidered details. A ‘must’ for collectors and NBA fans.

Of legend, team and player

One of the great attractions of the season was seeing LeBron James, one of the biggest stars in the league and one of the best players of all time, in your new franchise, the legendary Lakers. The combination is enough to become one of the sexiest t-shirts that no fan can miss: on the 23rd of James in the yellow and purple garment. Will this be the beginning of a new golden age in California? 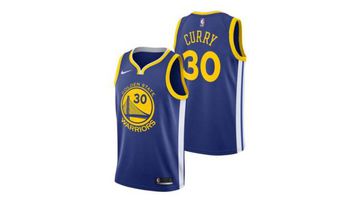 The fashion team in the North American league in recent years have been the Warriors, after winning three rings in the last four years (2015, 2017 and 2018) and being one of the candidates to repeat in 2019. Stephen Curry, the great star of the team, he has a good fault for it and his shirt is already a reference for any basketball lover. No wonder I’m in the ranked number 2 of the NBA’s best-selling jerseys. Perfect to remind one of the players that is marking an era. 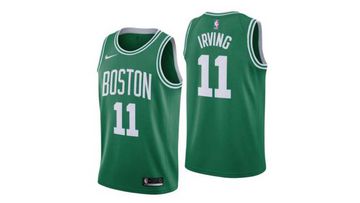 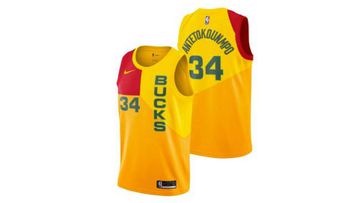 This year’s sensation has a first and last name: Giannis Antetokounmpo

The Milwaukee bucks have been one of the sensations of the season thanks to Giannis Antetokounmpo, the young Greek player who is sweeping. This has been his year and the shirts with his name have skyrocketed to be placed in the fourth place of the best sellers. To support this beast of basketball and a team that has once again sneaked into the favorites, the official NBA store sells the Nike City Edition version, an ideal garment for collectors thanks to the unique design it has and because it bears the name of the one known also as ‘The Greek Freak’. 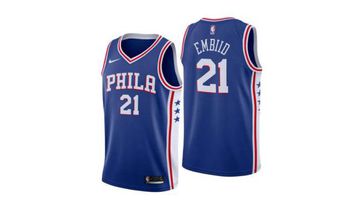 The jersey of the young Philadelphia center 76ers has crept into the top of the best sellers after the great season that the Philadelphia franchise has made with him as team leader. After years of rebuilding, the club has built a young and hungry squad in which it is the star thanks to its ability to score, rebound, assist and block. Your shirt is a reminder of what can be the beginning of a glorious time for him and the 76ers. 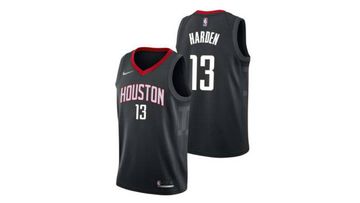 Few players have the scoring ability of James Harden

James harden has been one of the most prominent players in recent years and the Houston Rockets they always enter the pools of favorites thanks to him. In the 2018/2019 season, the shooting guard has shown that he wants to win the ring by scoring more than ever. AND his shirt is already, on its own merits, a garment essential for the followers of the Houston franchise for belonging to a single player. 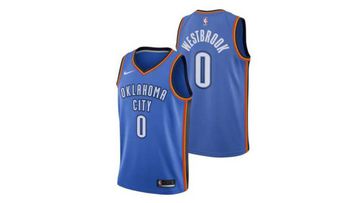 ‘Mr. Triple-Double ‘is the nickname that reflects that Russell westbrook he is a special athlete. One more year, it is still in the Oklahoma city thunder offering a performance that few players have achieved in history. His numbers guarantee him and make his teams always candidates for the title. Special mention for his attitude, which makes him be one of the most charismatic athletes in the competition (For better and for worse). Who wouldn’t want the shirt of a star like that? 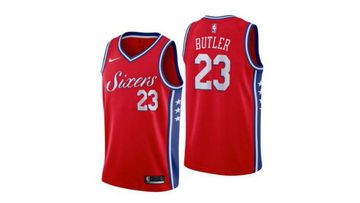 After a rough few years and a troubled departure from the Minnesota Timberwolves, Jimmy Butler seems to have found your equipment in the Philadelphia 76ers. Since his arrival, the Philadelphia team have stepped up and Jimmy has become one of the most popular players in the league, as his jersey is one of the best-selling of the season. 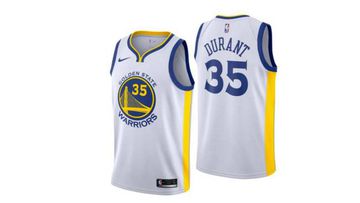 After the titleless stint with the Thunder, Durant has found glory with the Warriors

Kevint durant signed by Golden state warriors to win and already showed in the play-offs of the 2017/2018 season that he can be a great leader alongside Curry. His quality is beyond question and he continues to be one of the most capable players in the league to dominate. A) Yes, his t-shirt continues to be a reference to support one of the great franchises already one of the best athletes in recent years. 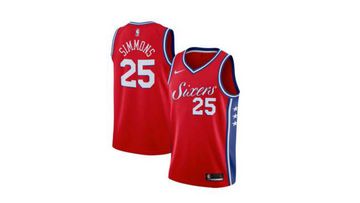 Again, a t-shirt of the Philadelphia 76ers sneaks into the top 10 one of the best-selling in the NBA. This time it is about Ben Simmons, the other young and big star of the franchise. The australian, with 22 years of age, is called to be one of the best players in the league North American and in its second season it has shown that it has the wood for it. It is no coincidence that it was compared to LeBron James or Magic Johnson for his quality and for playing as a point guard measuring more than two meters high.

This is the best-selling list, but if you are looking for a shirt of a special player you can find it in the official NBA store at discounted prices.

Disaster for the Nuggets: Porter will be out the entire course

The Nuggets are in crisis. And not exactly sports, a part of the entity that is suffering. Rather for the...

New opportunity for Garuba: return to the NBA with the Rockets

Usman Garuba will have a new opportunity. On November 16, the former Real Madrid player was relegated to the Rio...

It should not be easy at all to become the great leader of a franchise like Boston Celtics just 23...

What can we expect from the Terra (LUNA) token for the remainder of 2021?