The moment has finally arrived, and thousands of fans will be able to know the story directed by Ridley Scott, “House of Gucci”, which tells the tragic death of the heir to the most important fashion empire in the world.

The story is led by the singer and actress Lady Gaga, who has dazzled in each of her appearances with her spectacular outfits full of glamor and sensuality.

The 35-year-old star has been trending in recent weeks on platforms, fishnet stockings, see-throughs and coats throughout Milan, New York, London and Los Angeles.

The singer prepares for the premiere of the most anticipated fashion production, “House of Gucci.” Photo: IG / ladygaga

Like a superstar, Gaga opened the “House of Gucci” promotion in London, wearing a flowing purple tulle design from the Italian firm, which she combined with fishnet stockings, sequined gloves, platform ankle boots and Tiffany & jewelry. Co. 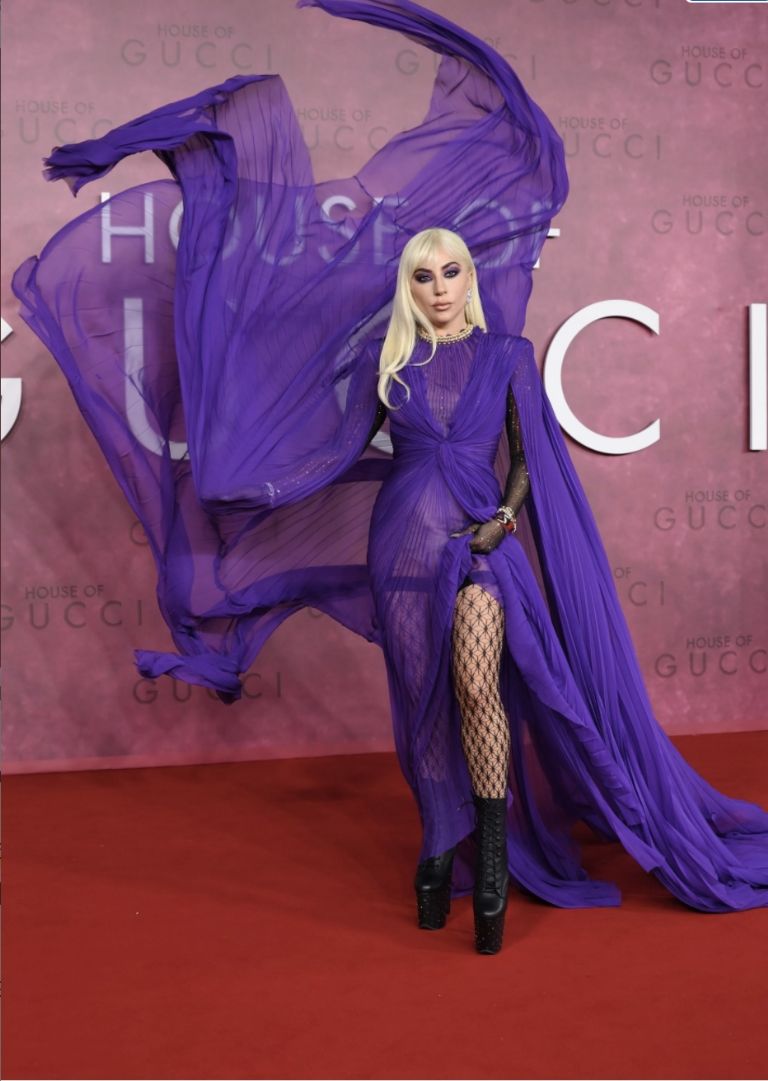 The actress reminisced about her flamboyant past with this outfit. Photo: .

Once she crossed the sea, the Big Apple was the one for the black carpet, where the singer surprised again by showing off her charms with a fitted black velvet dress with halter neck, transparent top and tulle bow, designed to measure by Armani Privé. 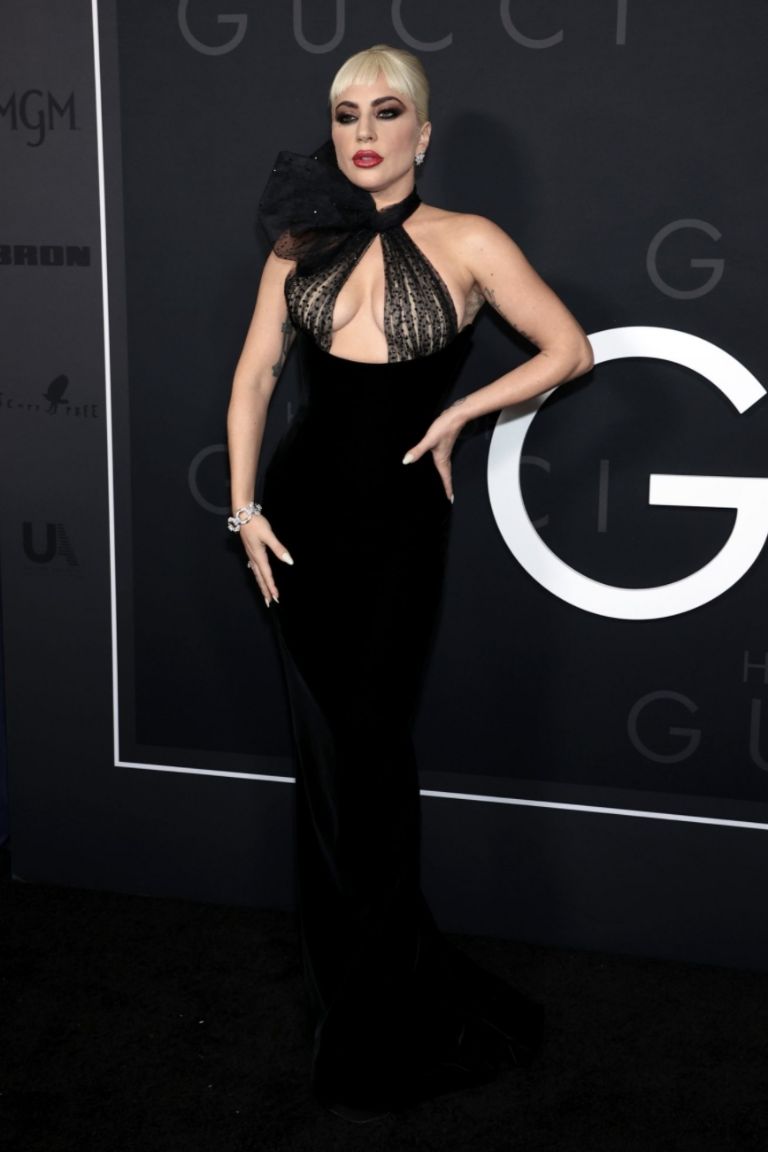 The “Mother Monster” wasted sensuality and talent in NY. Photo: .

Still in New York, the “Bad Romance” singer returned to her flamboyant style and opted for an original Alexander McQueen ensemble of a slit dress, fishnet stockings and knee-high boots, all covered in sparkly rhinestones. 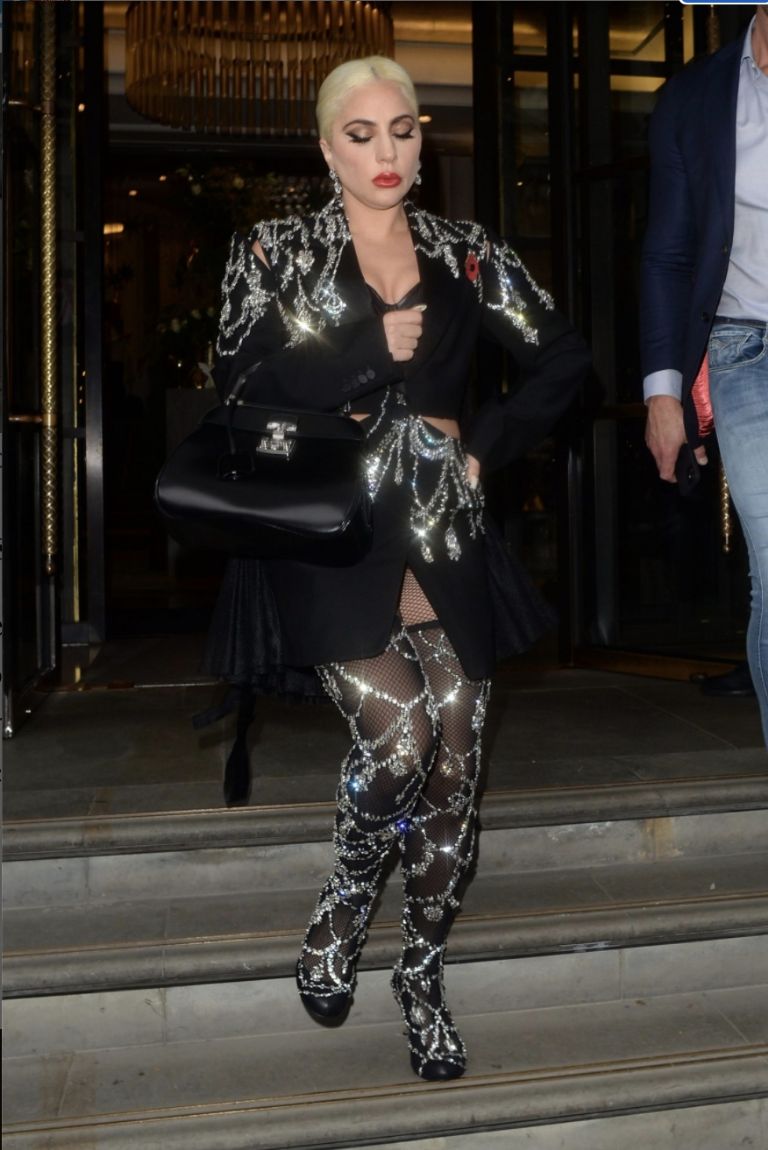 Gaga knows very well how to be fashionable at all times. Photo: .

The pop music star, returned to fashion his characteristic heels with high platforms, and in the British capital he was seen at the latest fashion trend with the traditional Gucci logo.

“Patrizia Reggiani” opted for a look with the Gucci logo made up of an embroidered midi dress and a cape with leather details, and her well-known high platform ankle boots completed her outfit. 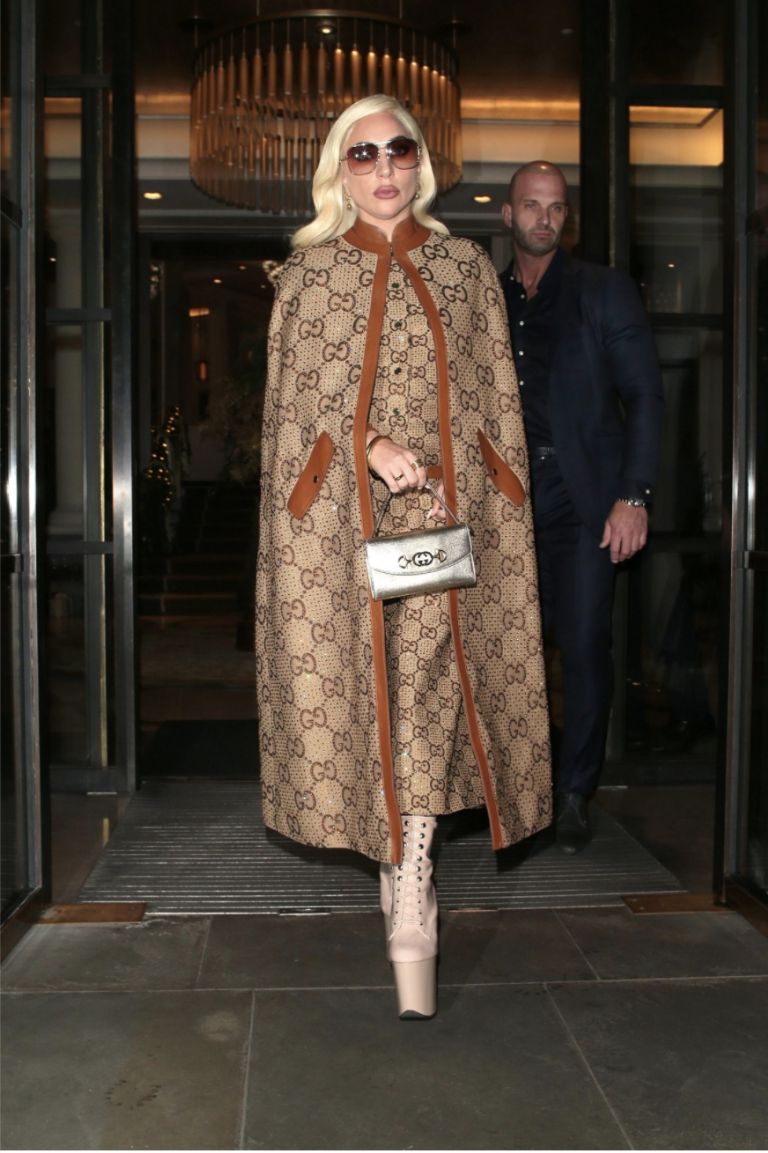 Honoring the production was how it was seen in London. Photo: . 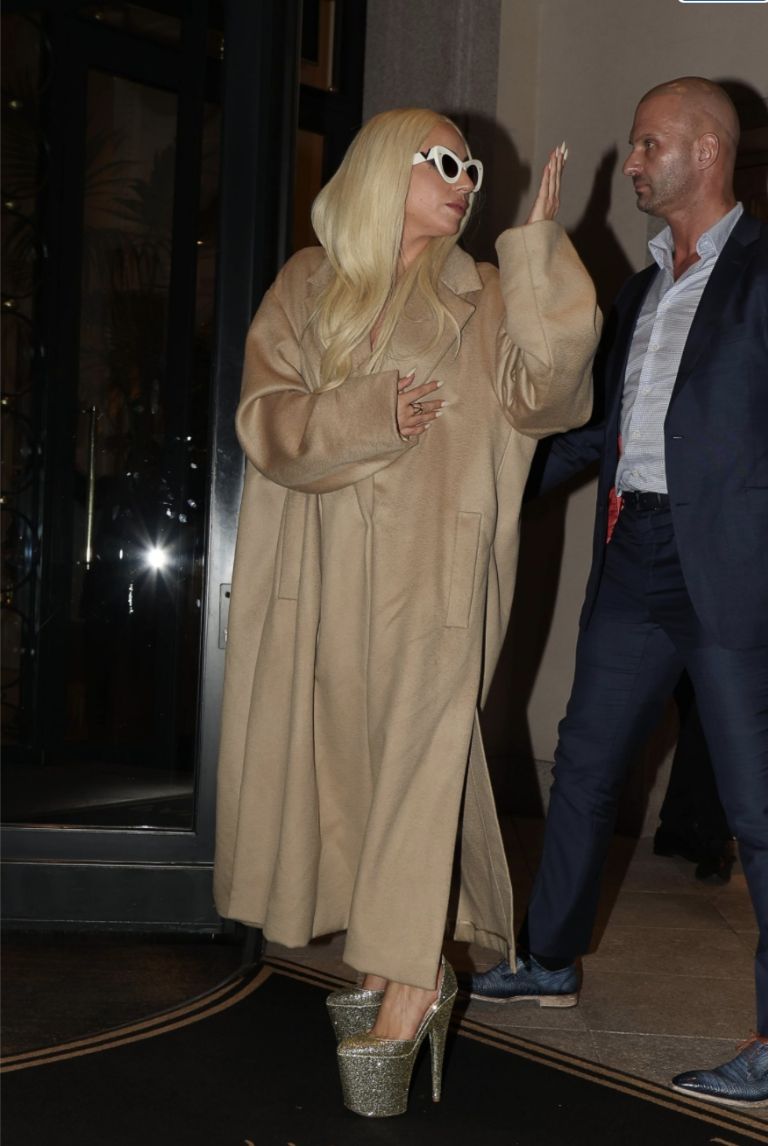 With a vintage touch, the singer was seen in the promotion of the film. Photo: .

As expected, the 35-year-old star also added sensuality to each of her outfits, as in London she was seen in a sensual chocolate brown cut-out dress by Et Ochs, with metallic platform sandals. 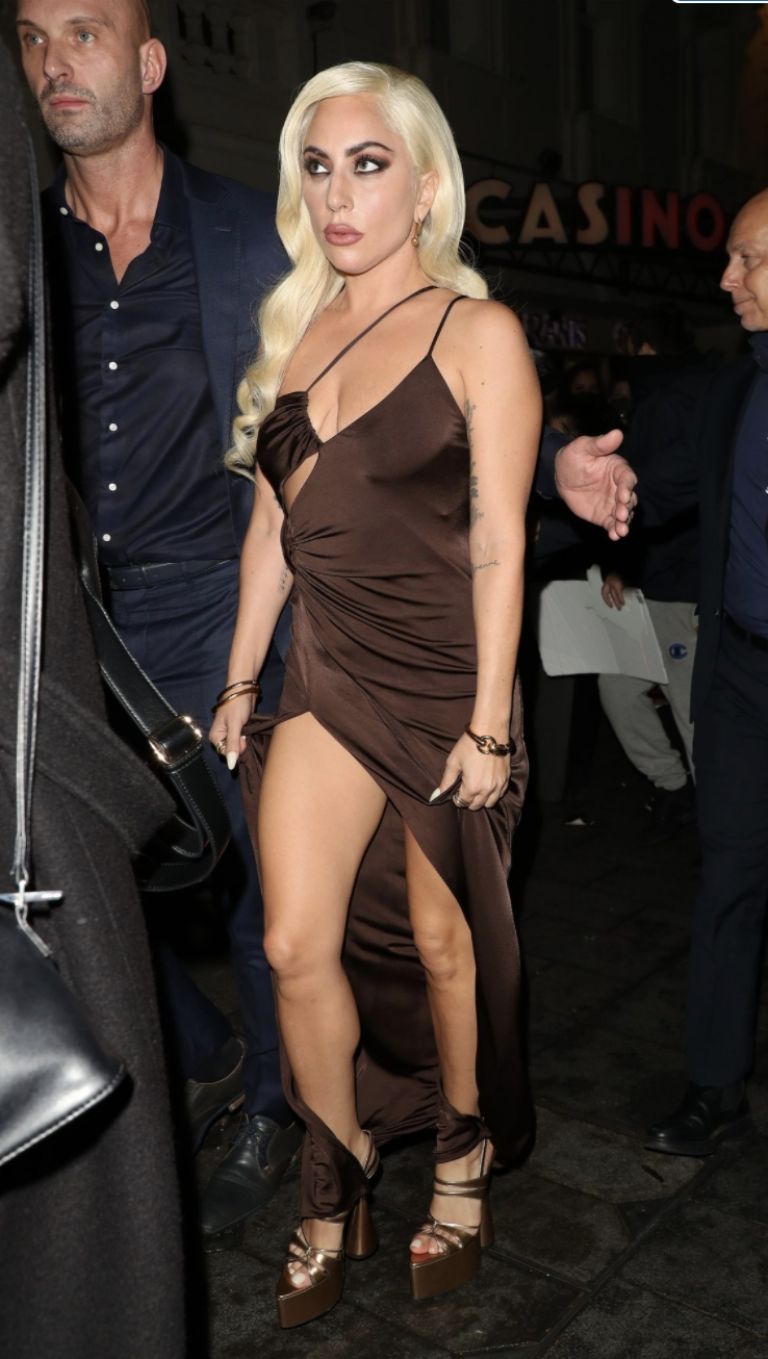 Sensuality and talent in one person. Photo: .

Like a true Diva, the star arrived at the premiere of the film in the Italian city with a red tailored design by Atelier Versace, with a corset-style bodice and skirt with a large opening that accompanied by jewelry from Tiffany & Co. and shoes. satin platform.

The red star is as it was shown in Los Angeles. Photo: .

It should be noted that elegance could be Gaga’s middle name, as it was reminiscent of the iconic, Marilyn Monroe in a very chic black slit dress, flowing one-shoulder skirt from Valentino, and gold pointy shoes. 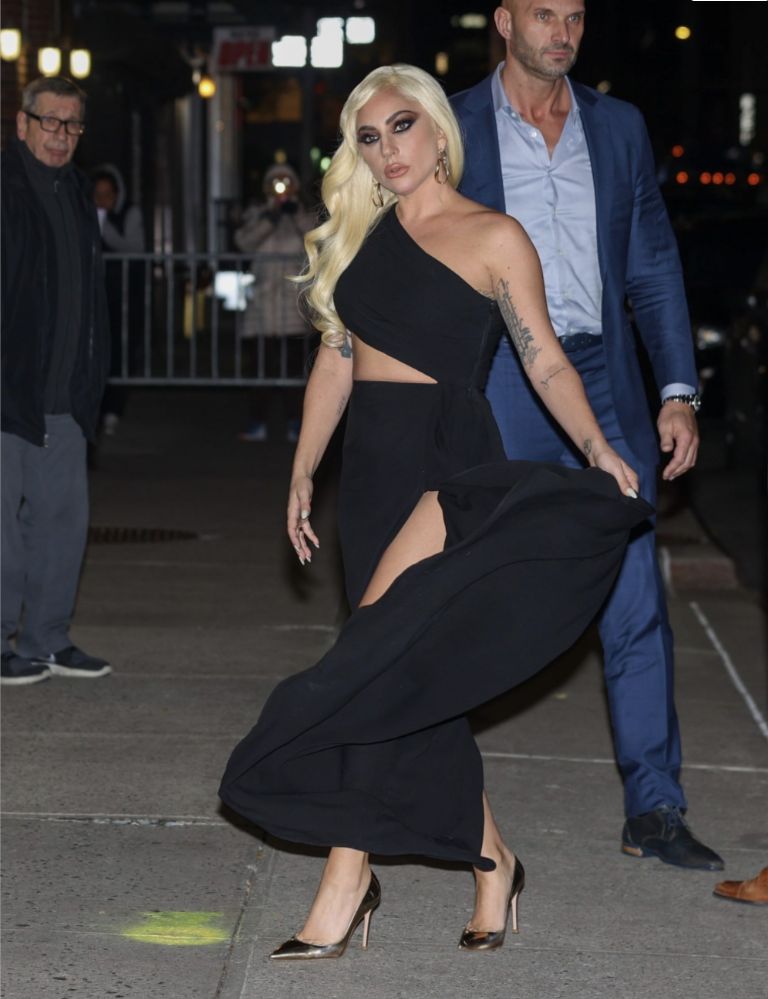 One of her most sensual and elegant outfits. Photo: .

Standing out as usual, the “Poker face” singer and performer visited The Late Show with Stephen Colbert in New York in an oversized gray animal print trench coat with metallic glitter from Lanvin. 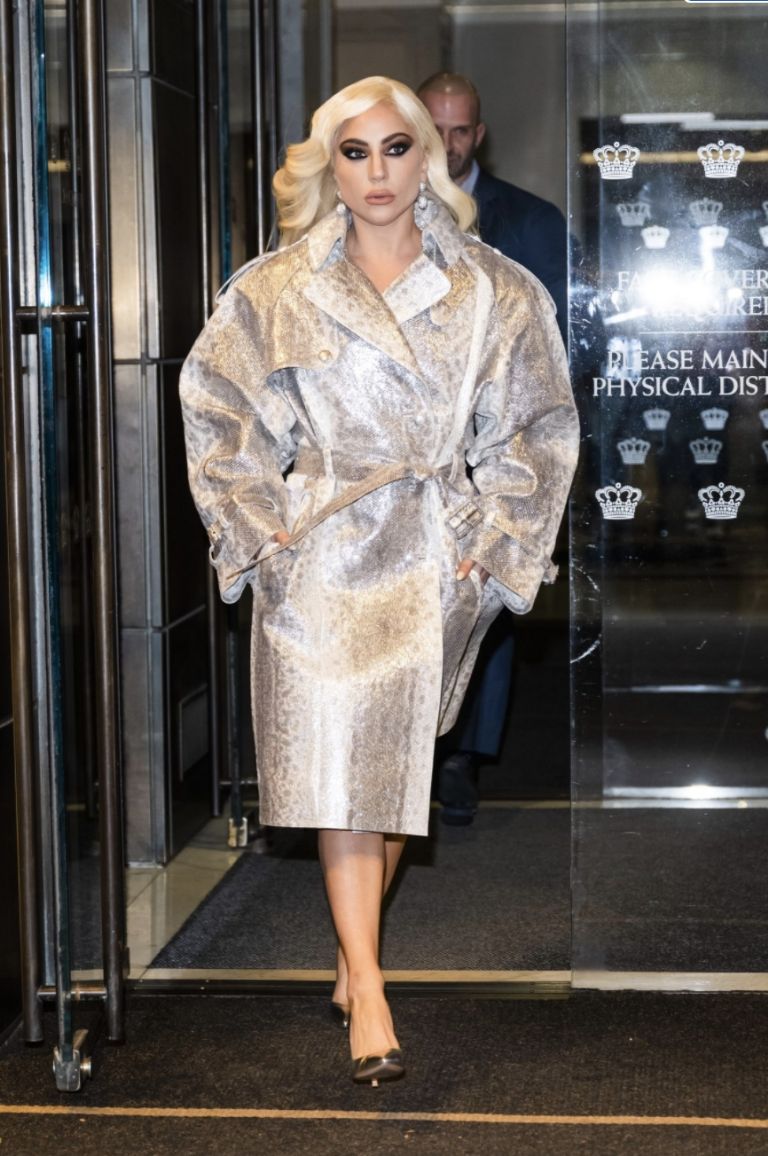 The singer has been characterized by her own light. Photo: .

Like a true queen of the snow, Lady Gaga dazzled with an ideal winter outfit, because in London, she wore a beautiful coat with simple lines in cream color with a belt from Céline by Hedi Slimane with a white Hermès Birkin wallet and gold pointed shoes . 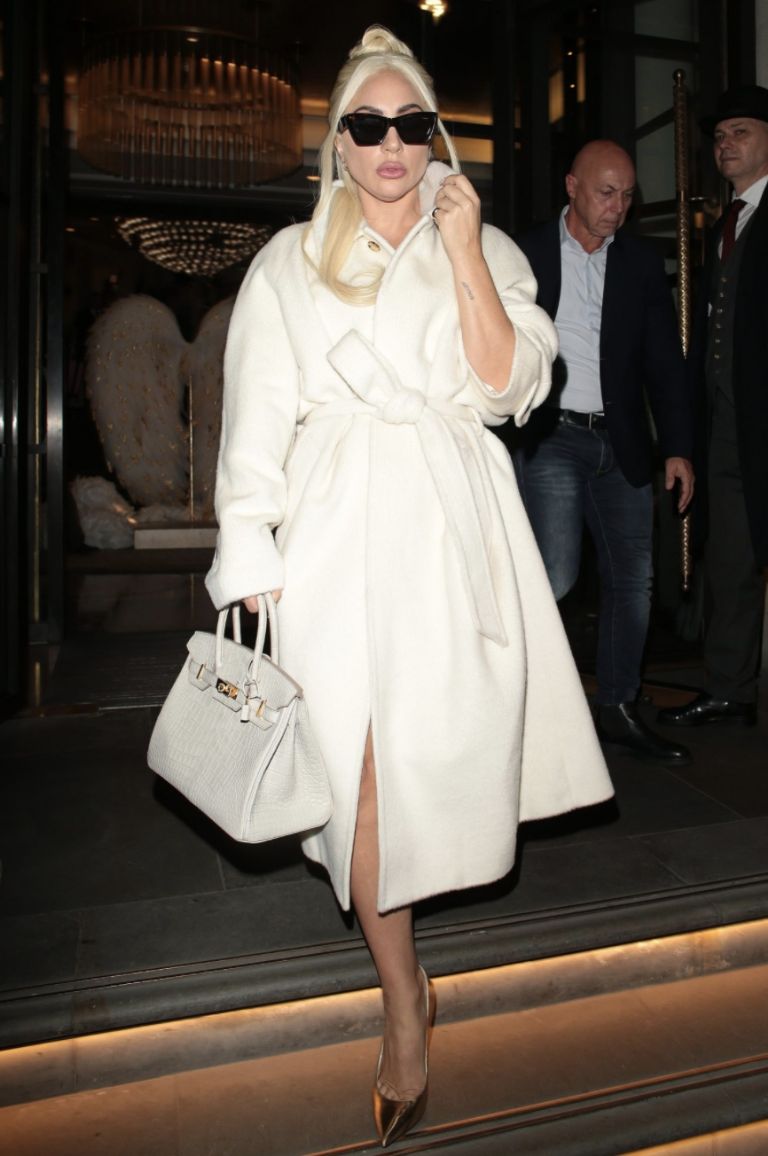 Without a doubt one of the most striking and elegant outfits. Photo: .

What better way to close your promotion in Los Angeles with a flourish than with a spectacular strapless dress with greenish and silver glitters, a column cut and a Valentino train. 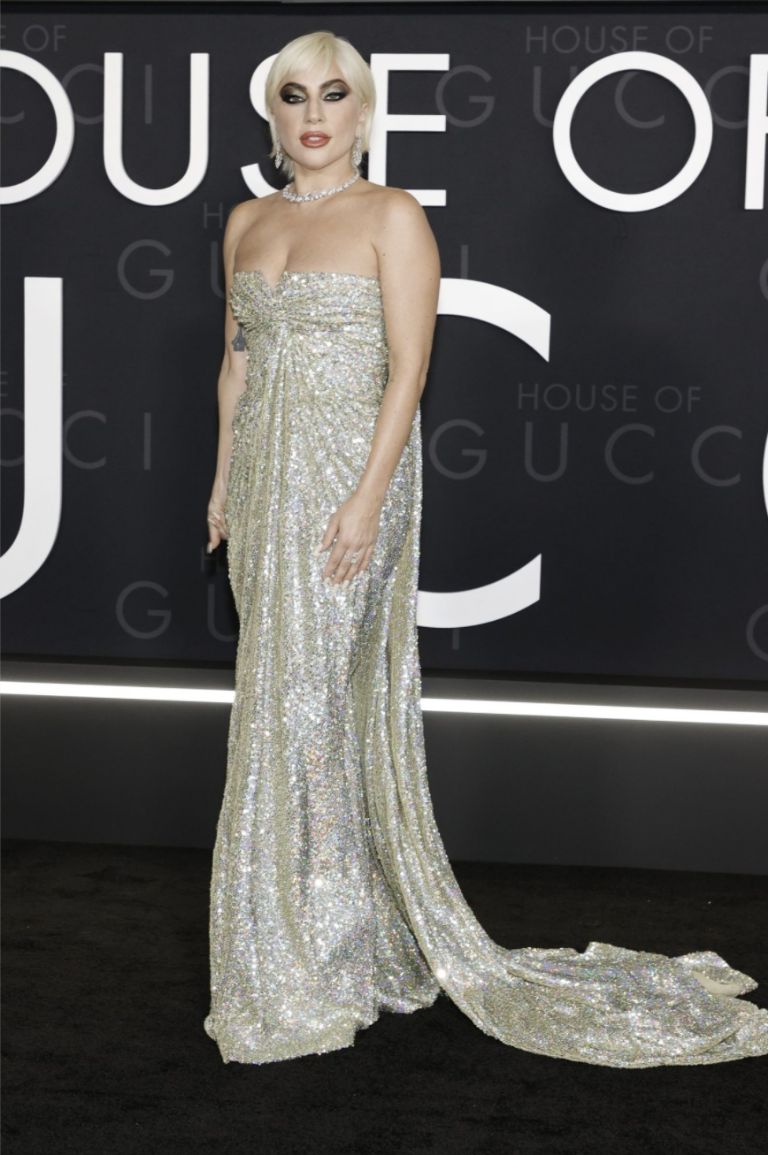 Shining like always is how Gaga closed the promotional tour. Photo: .

NASA Announces New Astronaut Candidates; there is a Puerto Rican in the selected ones

For what could be the best job in the world, the POT has chosen 10 new astronaut candidates among more...

Galilea Montijo: how much is the FORTUNE of the controversial driver?

Galilea Montijo He is one of the best known and most loved television personalities in Mexico, so after years of...

Paris Hilton and Lindsay Lohan could reopen their friendship | Instagram Everything seems to indicate that now that the socialite...

Carmen Villalobos and Fabián Ríos, from hatred to love? This is their true relationship

One of the most controversial relationships of the hit telenovela The end of paradise (continuation of Without breasts, there is...