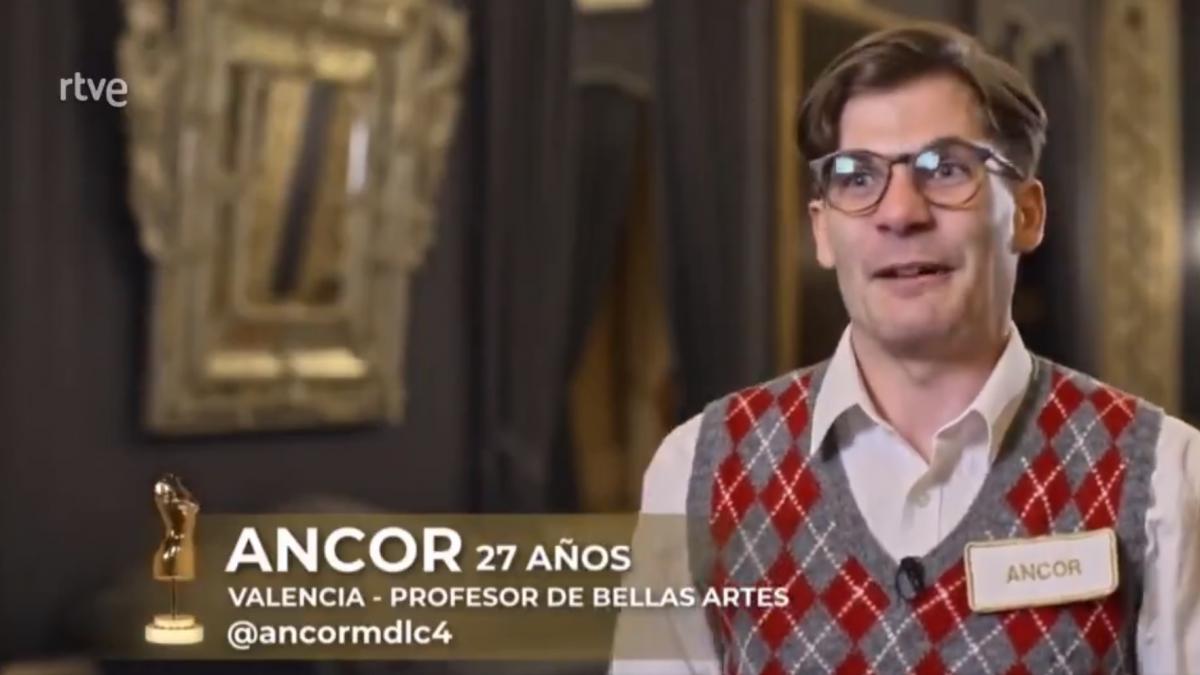 Last week, the audience of Masters of sewing was devastated after unexpected changes in the mechanics of the program ended with the expulsion of little Yves Saint Laurent, Ancor. And it is that, the young man was one of the favorites for judges and spectators from the beginning.

Nevertheless, the trap could with him, and he left after a test of urban clothing that left much to be desired in a gala that also charged Nani, the military. But Ancor has been able to patch up its mistake quickly, and it has only lasted a week outside the talent.

In the last installment of the format, which aired on Monday, February 23 at the prime time of La 1 de Televisión Española, there was a play-off. This was held in the Royal Theater of Madrid. From there, the Valencian had to convince Lorenzo Caprile, María Escoté and Palomo Spain while, simultaneously, the apprentices who were still in the competition created their team suits.

This did not harm the repechage, and the judges commented: “You can tell that you have references, fashion culture. Everything fits: the era, the line, the pattern, the fabric, the colors … you have nailed it by wearing the dress to the setting of the time “. In addition, they added that their proposal, alone, had no nothing to envy those of the contestants, performed as a team.

After the pertinent assessment, he was informed of his return to the program: “I cannot be happier, I am not happy. The trap sentenced me to expulsion and the glamor and elegance of the theater It has given me back my essence and they have given me the energy to come back here with all the strength to be able to give everything, “he commented, excited.