The eternal bride: These are the wedding dresses that Jennifer Lpez has worn

If anyone knows what it is to wear a real wedding dress, that is undoubtedly the American actress and singer Jennifer Lopez, because in real life she has reached the altar three times, while on the big screen she has been married several times.

Undoubtedly, the 52-year-old American star has taught on more than one occasion what it is to wear a dignified wedding dress with a lot of poise and style.

The former partner of the major league baseball player, Alex Rodriguez has come to the altar three times and almost a fourth with the athlete of Dominican origin.

It was in 1997, when she joined her life to that of Ojani Noa, when she wore her first white suit, which, although it was a simple piece, made her look just as radiant as ever.

JLo was 28 years old when she wore a beautiful dress, a dress with spaghetti straps and a floral print, but the happiness only lasted a year because in January 1998 she would be announcing her divorce.

His first marriage lasted only one year. Photo: ..

Three years later, life gave her a new opportunity to rebuild her life, so she decided to marry the American actor and choreographer Cris Judd.

The star appeared in a Valentino dress with an ivory design, and Chantilly lace, which was completed by a silk train, but only two years later she would divorce again. 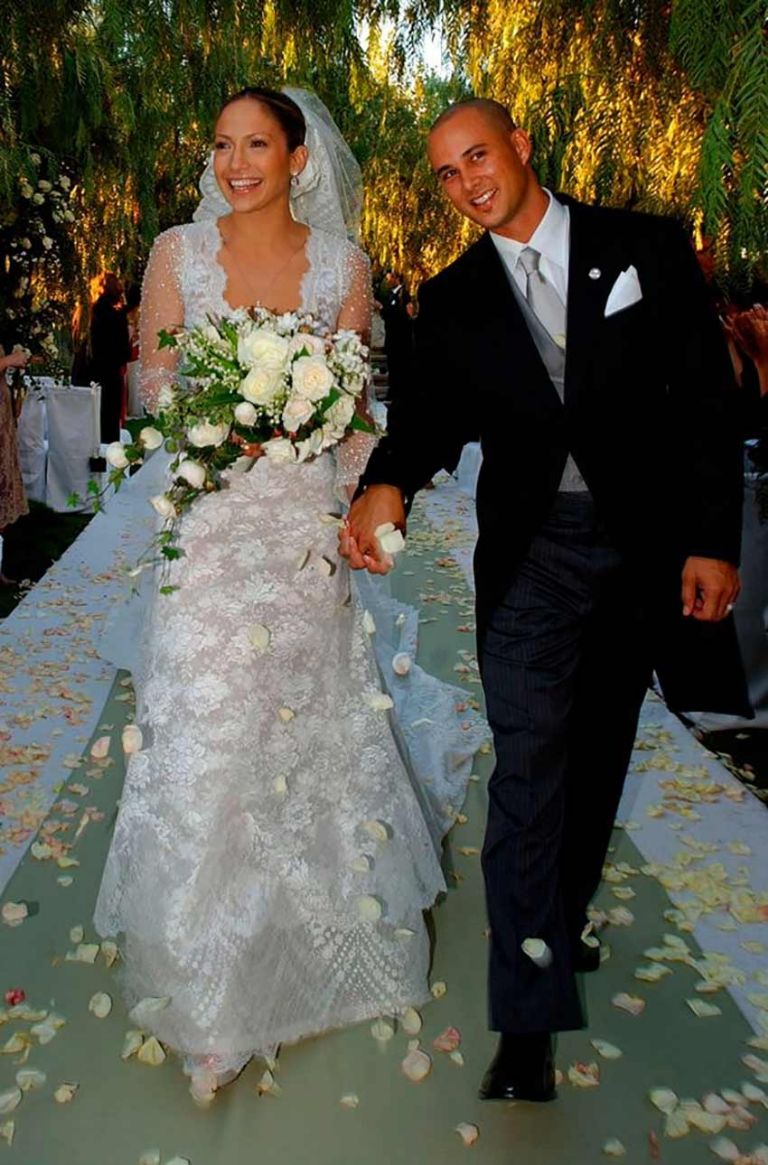 But in 2004, he not only found stability and the love of his life, but also began a new stage with his best friend, the actor and singer, Marc Anthony.

The American star and the singer arrived at the altar in a secret ceremony and JLo wore a Vera Wang design, a garment that is on the list of the cursed dresses of Vera Wang.

However, 10 years later and two children together, the couple decided to divorce and continue their cordial treatment for the good of their family in 2014. 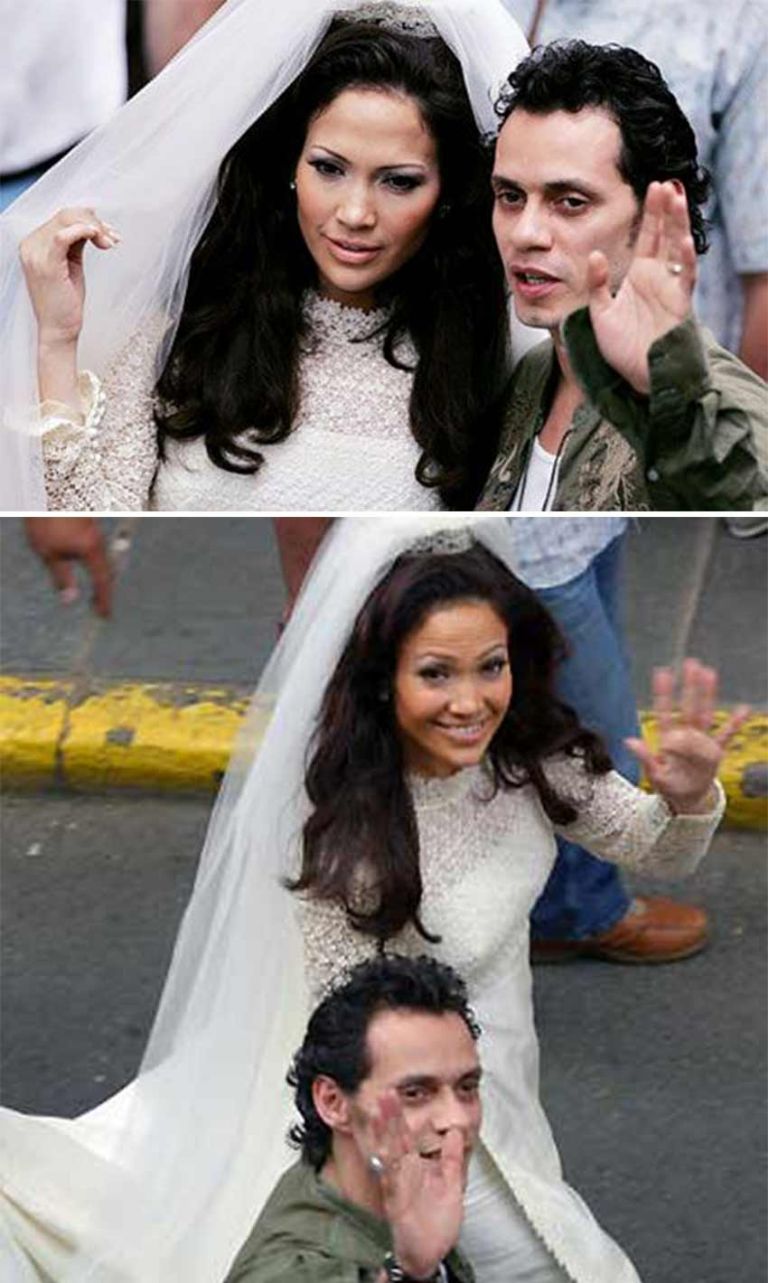 It is worth mentioning that the wedding with the Latin singer was secret. Photo: YouTube.

The bride of the big screen

It is worth mentioning that on more than one occasion JLo has surprised with his beautiful bridal designs that he has shown in the movies, as he has shown that fairy tales exist.

One of the looks that has surprised the most is the one that will be seen in her next film Marry me, and she was even seen on the streets of New York with a lot of style.

It is a princess cut design by Lebanese designer Zuhair Murad, which breaks with the traditional white for a golden color, with a strapless neckline, a skirt full of volume and flower brocade details. 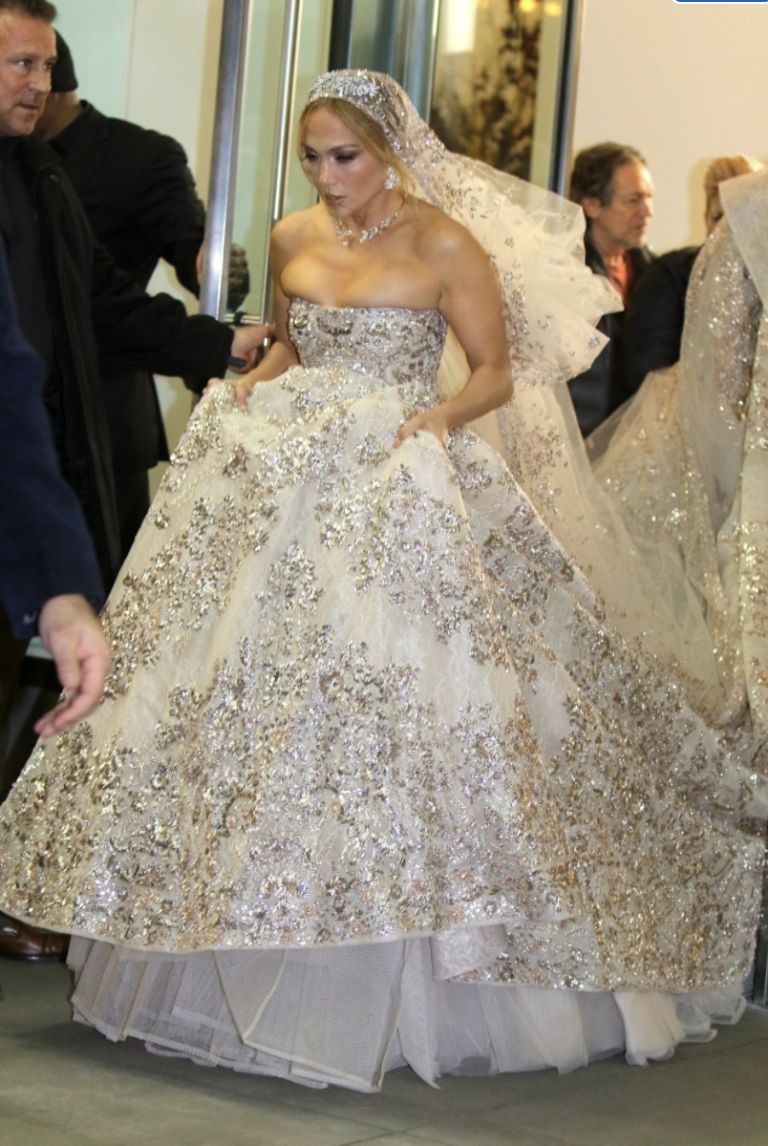 The star is ready to get dressed as a bride at the movies again. Photo: .

The beautiful veil is a matching tulle garment with the same embroidered motifs and a white fur stole completed the beautiful design.

Andres Valencia He is only 10 years old, but he is already considered a infant prodigy of painting, and this...

Demi Rose shows off curves in a corset, flirtatious from the desert

Demi Rose shows off curves in a corset, flirtatious from the desert | INSTAGRAM The beauty british model, Demi Rose,...

A judge posted a bond of 1 million dollars for the parents of the adolescent Michigan Charged with killing four...

“We are in the good way”

These tech gifts will be the bomb this Christmas

Priyanka Chopra talks about her marriage to Nick Jonas