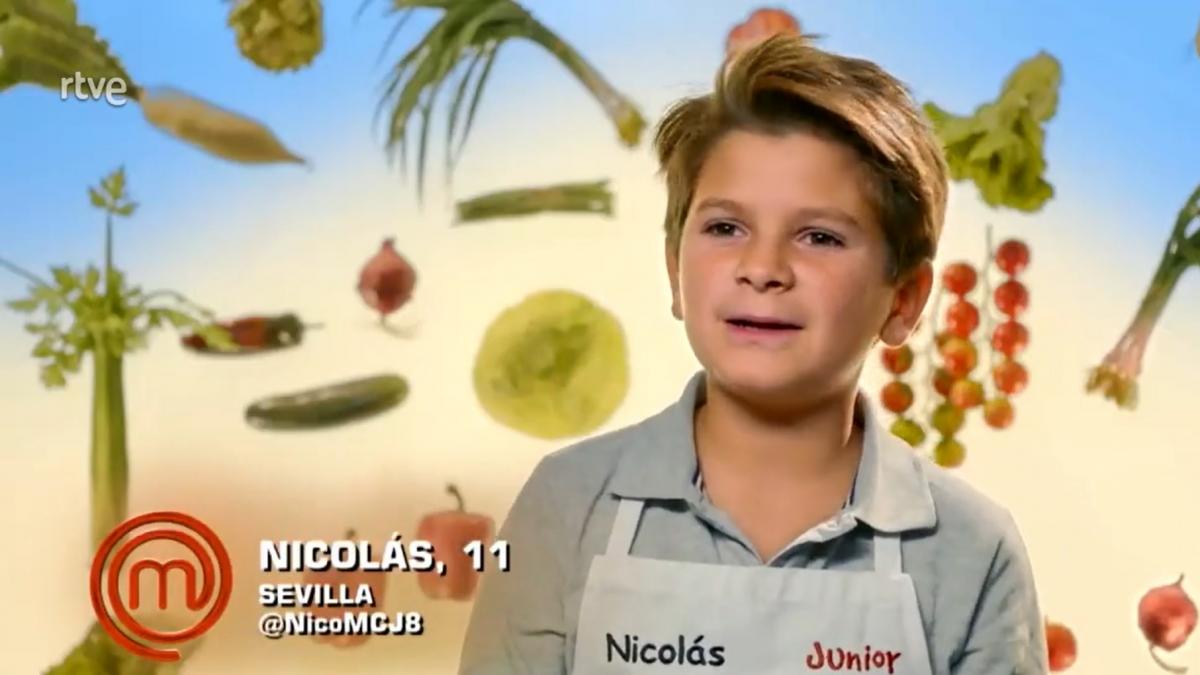 MasterChef Junior 8 it already has its finalists! This Tuesday, La 1 de Televisión Española broadcast its penultimate gala, which was the sweetest for Nicolás. The Sevillian became the first finalist of the talent. And he did so despite a very suffered outdoor test, in which the boy ended up crying because of the frustration caused by Javier, the youngest of the group.

However, he was the one who obtained a higher score, so he avoided cooking in the final test, which ended with the expulsion of Adriana, Antony and Manel. And it is that, at 11 years old, he was also valued very positively in the first test of the gala, so he got the best score.

In her, the grandparents of the little ones came to the set to help her grandchildren cook. The meeting between them was very emotional, but they quickly had to get down to work: they had to prepare a traditional dish, but modernizing it with avant-garde techniques.

Nicolás’s grandmother, called Apolonia, arrived with an unexpected piece of information that had not come to light until now. Adriana Ugarte, actress of Sewing time Among many other productions, she is Nicolás’s cousin. The boy’s grandmother lives in Madrid and he in Seville, so they see each other less than they would like.

The 84-year-old woman revealed it after Samantha Vallejo-Nágera asked her about it. According to him, he has “five or six more grandchildren, and a great-grandson.”

The actress would have already mentioned her grandmother as the main inspiration for her role in The time between seams. Talking about MasterChef Junior, Apolonia catapulted her grandson to the final, because the monkfish they cooked between them it improved remarkably with his advice: add crushed basil.

The contribution of the little one to the plate, called The drift to the fine herbs, was to add clams and some potatoes dipped in egg. “Although it has micro defects, it is a great job,” said Jordi Cruz. For his part, Pepe Rodríguez recommended that, from now on, he always listen to his grandmother.