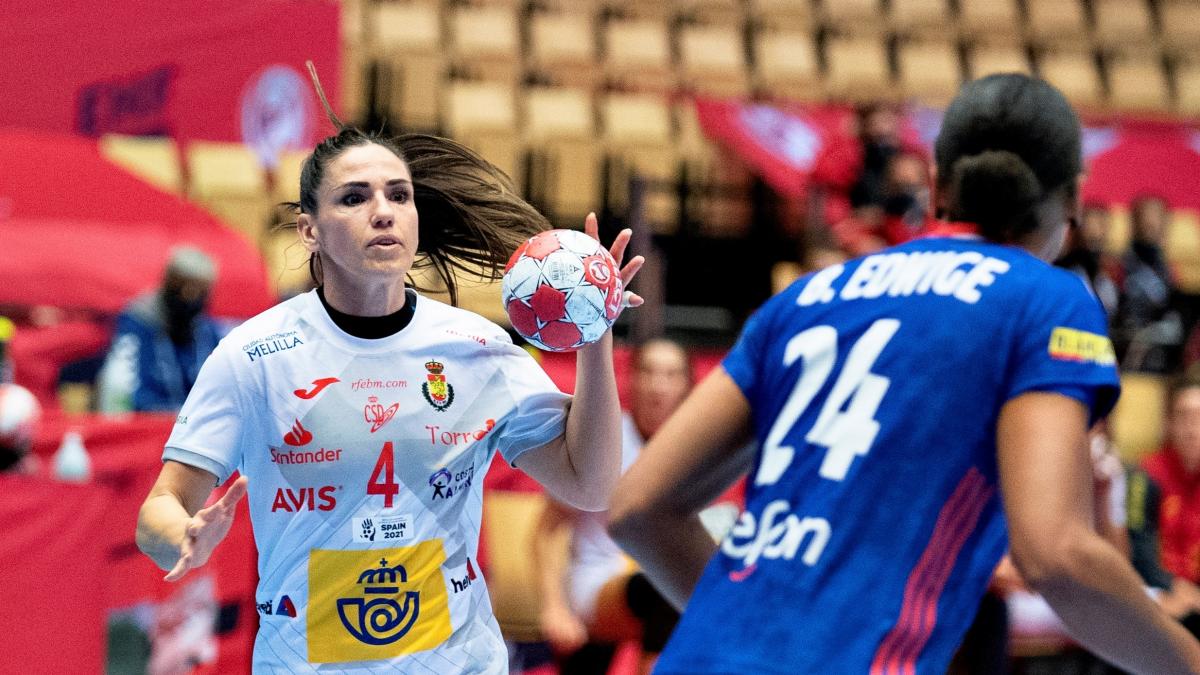 The Spanish women’s handball team said goodbye to any mathematical possibility of being able to fight for the medals in the European Championship in Denmark, after falling this Thursday by 26-25 against France, in a clash in which the Warriors could not complete the comeback they starred in the second half.

A reaction that came largely due to the excess of relaxation in which the French team fell in the second thirty minutes, thinking about the momentous clash that will play this Friday against Russia, terminated the crash ahead of time.

This circumstance was not missed by the Guerreras, who lost by up to seven goals (18-11) to reach just one goal (21-20) with ten minutes to go.

But if the vast majority of the Gallic players seemed to disconnect from the match prematurely, it was the goalkeeper who never did. Amandine Leynaud, which with its stops finally prevented the Spanish miracle.

A possibility of victory that seemed like a real chimera given the superiority of the French team, which completely overwhelmed the Spanish internationals with their defensive aggressiveness.

Aware of the physical superiority of the French team, the Spanish coach Carlos Viver He did not hesitate to align the very young woman from the beginning Lysa Tchaptchet in search of alleviating the deficit of kilos and centimeters.

But the problem of Spain was not a simple anthropometric question, since the Guerreras were overwhelmed at all times by the defensive intensity of their rivals.

Constantly caught, displaced when not shaken by their rivals, the Spanish internationals suffered the unspeakable to circulate the ball.

A circumstance that not only prevented Spain from providing the least fluidity to its offensive game, but also led to endless losses of the ball, which allowed France to open a dangerous gap (5-2) on the scoreboard.

But even so, those of Carlos Viver did not give up, who at the moment that they began to limit the turnovers, they were able to approach the scoreboard.

If in the ten minutes of play Spain shot up to five turnovers, in the next nine they did not concede any, allowing the comeback of the Spanish team that was only slightly (8-7) behind the French.

And it is that at the moment that the Guerreras stopped “giving away” balls in attack, the Spanish defense could begin to control the attack of a French team, which despite the lashes of Kalidiatou Niakate, was always much more comfortable when he was able to reach the Spanish area in his second wave of counterattack.

As happened in the final ten minutes of the first half, in which Spain once again multiplied its offensive errors, allowing players like Alexandra Lacrabere could reach the Spanish goal without the defense formed.

A fact that made possible the definitive takeoff of the French team, which went to rest with an income of six goals (16-10), which forced Spain to a real feat in the second half if it wanted to stay alive in the fight to gain access to the semifinals.

But unlike what happened on the last day against the Czech Republic, against whom he managed to overcome a disadvantage of six goals, this time the Spanish team could not work the miracle.

And that France, which even had a maximum advantage of up to seven goals (18-11), was about to pay the excess of relaxation in which it fell in the second half.

Convinced of victory and already thinking about the momentous match that will be played against Russia in less than 24 hours, in which the galas will be played not only the ticket to the semifinals, but the possibility of avoid the fearsome Norway at the crossroads, France seemed to resign from the meeting.

A panorama that Spain did not miss, led by the hat trick formed by the central Silvia Arderuis, the side Carmen Campos and the pivot Kaba gassama, to achieve the unthinkable, only (21-20) to ten minutes to the conclusion.

Time in which the imposing figure of French goalkeeper Amadine Leynaud burst in, who with his stops in the final minutes deprived Spain of any real possibility of winning, despite the 26-25 final.