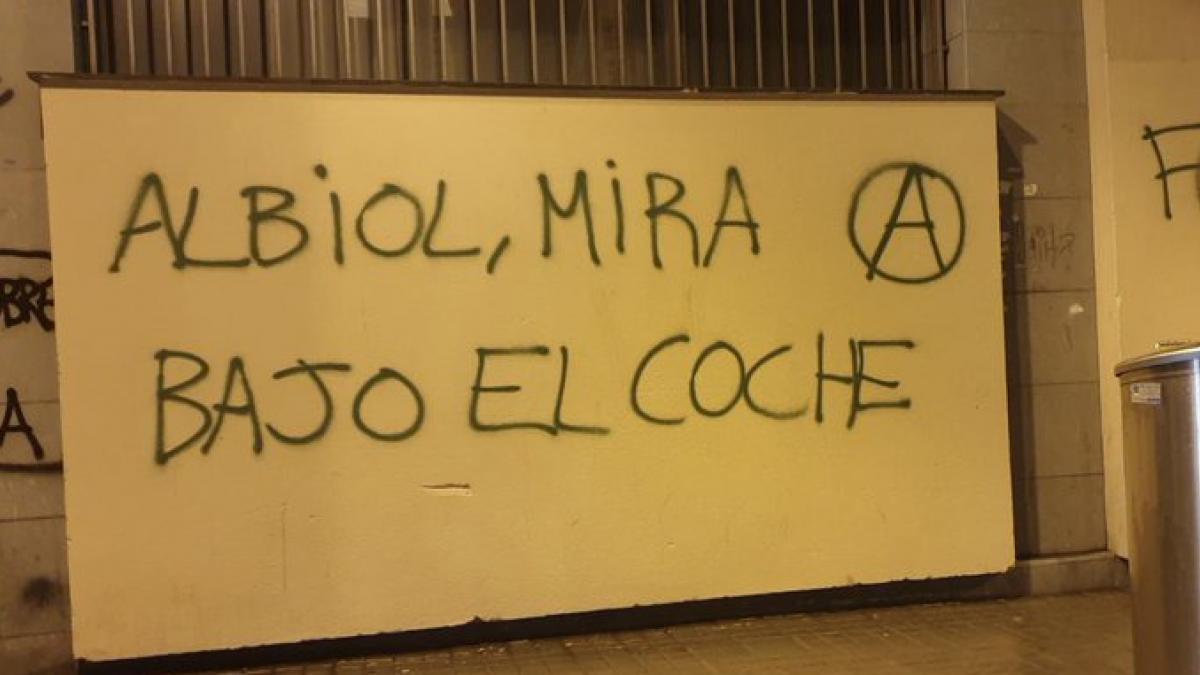 The mayor of Badalona, ​​Xavier García Albiol, filed a complaint with the Mossos d’Esquadra on Tuesday for a graffiti that has appeared on a street in the municipality threatening him with death on which you could read ‘Albiol, look under the car’.

In his Twitter account, the mayor has criticized that if the person who painted the threat “had read a newspaper in his life” he would know that “For many years these threats were no joke.”

If the character who has painted this threat in one of the main streets d #Badalona had read a newspaper in his life and for that it would be advisable to get out of bed before 12 noon, he would know that for many years these threats were not a joke pic.twitter.com/zNbSzBWPY7

Albiol, what It is not the first time that he has reported receiving death threats, He has been calm and has assured that “in the face of the intolerable threats made by a minority, it is necessary to have firm ideas and to continue working to improve Badalona and the quality of life of all the neighbors.”

Garcia Albiol has thanked all the samples of support received from civil society and from most of the political parties that have reached him in the last few hours.