For more than a year, causes of persistent COVID they have been one of the biggest unknowns of the pandemic. A few months after the first cases were detected, it was found that some people were not fully cured. Even when the virus was no longer in their body, they still had symptom. It was hoped that it would be something specific and brief, but there are still patients who were infected in March and continue to have shortness of breath, memory lapses, or tiredness, among other symptoms. Over time, studies began to be carried out, which established, for example, which patients were most likely to develop it. But the causes and, unfortunately, the treatment, remained a mystery.

In fact, they are linked phenomena. Know how the Persistent COVID it is key to find out how to treat it. Therefore, many scientists began to work in search of an explanation.

Many theories have been launched, but none are robust enough to begin developing treatments from them. Now, this could change, thanks to the results of a study that was recently published in PLOS ONE. In it, a team of scientists from the University of Arkansas for Medical Sciences he made a very interesting hypothesis. It cannot yet be considered as safe, it will have to be confirmed with new research. However, if they prove to be right, they could be opening the door to that long-awaited treatment that would end the nightmare of thousands of people.

What is persistent COVID?

Before we begin, it is worth remembering what persistent COVID is. Broadly speaking, this is how the multi-organ symptom complex that affects those patients who have suffered from COVID-19, with or without a confirmed diagnosis, and who remain with symptoms after the considered acute phase of the disease. In summary, although they no longer test positive for coronavirus in PCR, they still have symptom.

It has been proven that it is more common in middle-aged women, although no one is free from it. Treatments can relieve symptoms. For example, antipyretics for fever or pain relievers for headaches. But there is no cure. Patients can only wait. Some see their symptoms subside in a few weeks or months, but others continue to suffer a year after infection. The situation for them is desperate. That is why they wait like May water for a treatment to be found.

When a pathogen enters our body, the entire defensive battalion that makes up our immune system lunges towards him, starting a bloody battle. This can kill the virus or bacteria in question, yes, but it can also damage healthy cells. We can visualize it as a battle of Game of Thrones. After the fight, one of the sides is usually victorious, but both will have generated victims and, what is worse, the battlefield itself will have been destroyed by the enraged gallop of the horses. And in this case, our cells are that battlefield, which will be greatly damaged by the inflammation.

To keep things from getting out of hand, we have tools, like a protein called ACE2; which, among other things, is responsible for breaking down a protein belonging to the immune system, allowing it to continue working, but cushioning the footfalls of horses.

In order for ACE2 to carry out its function, it must first join a receiver located in cells. And this is where SARS-CoV-2, the cause of COVID-19, makes it difficult, since its gateway to cells it is precisely that receiver. If they block it, the beneficial protein that binds to it will no longer be able to do so and the battle will become especially fierce.

But what does all this have to do with Persistent COVID? The key is in the autoantibodies.

The authors of this recent study raised the possibility that in people with persistent COVID their own body generated antibodies against the ACE2 protein, reducing its effects, with the terrible consequences that this entails. And not only against the coronavirus. In general, we would be facing a overactive immune system.

To see if they were correct, they took plasma or serum from 80 patients. 67 had a history of coronavirus infection and the rest did not. They found that none of the 13 who had not passed the infection had autoantibodies against ACE2. In addition, when analyzing the case of patients who had received a positive PCR for SARS-CoV-2 in samples taken in the hospital in the week after the infection, they found that only 1 in 20 had these autoantibodies. But they were in greater numbers in samples collected two weeks after infection and in acute patients.

Therefore, these autoantibodies appeared to be related to severe cases and also to persistent COVID, as they are generated long after infection. And it seems that they can persist for a long time.

Finally, they found that although there were similar levels of ACE2 in plasma, its function was reduced in those who had high levels of autoantibodies. And indeed, if the plasma of one of the latter were brought into contact with those that did not contain these treacherous antibodies, the function of the beneficial protein was immediately disrupted.

We will have to continue studying this, but there is hope, as explained in a statement from the University, the main researcher of the study, John arthur: “If we show that the whole hypothesis is correct, that this ACE2 interference actually causes persistent COVID, then it will open up many potential treatments.”

Although this focuses primarily on linking specific autoantibodies to persistent COVID, other studies have found the relationship between autoantibodies and the severity of the disease.

Other autoantibodies, unrelated to ACE2, are associated with severe disease

For example, one was published today in Nature Communications. In it, a team of scientists from the Stanford University analyzes the role of antibodies directed against certain cytokines during coronavirus infection. Cytokines are proteins that regulate the function of certain cells, for example those belonging to the immune system.

In this case, as explained by the study authors, it seems that during the fight of the immune system against SARS-CoV-2As it breaks down into the proteins that compose it, some confusion can be generated, so that the immune system identifies some of its own proteins as virus proteins, making antibodies against them.

Returning to the simile of the battles of Game of Thrones, in the fight against the White Walkers it was easy to differentiate some opponents from others, but in the Battle of the Bastards they are still human against human, all dressed in a similar way. How did they differentiate their enemies? Could be generated some confusion. And that is what happens to the immune system when faced with a large protein display. 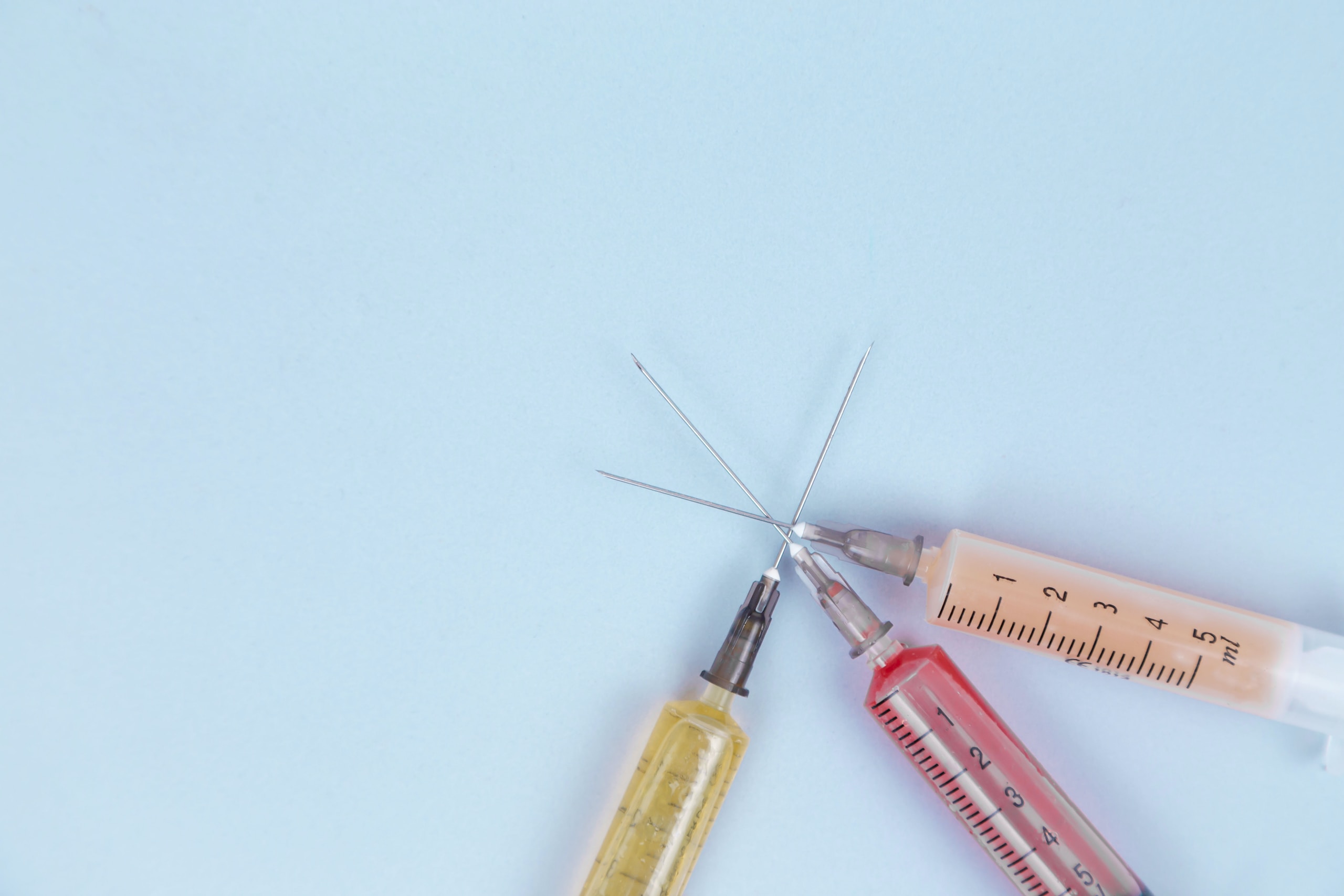 Photo by Diana Polekhina on Unsplash

Why should we get vaccinated?

This study does not focus so much on persistent COVID, but it also provides very useful information, such as why we must get vaccinated.

The vaccine does not introduce as many proteins as the virus, so there is no confusion

One way or another, what coronavirus vaccines do is introduce a SARS-CoV-2 protein into our body. Usually only one. Some vaccines introducing two are in development, but still far fewer than those introducing the complete virus during infection.

Therefore, confusion is not generated in the immune system, which will be very clear about what to fight. In fact, although vaccination also generates side effects through the inflammation, this is usually much lower than in natural infection.

So this study is another new reason to get vaccinated. And the previous one, a reason for hope among patients with Persistent COVID. It is clear that studying autoantibodies is key to better understanding this virus that has changed our lives so much.

Pensions 2022: questions and answers to the sum of the CPI and the goodbye of the pay