Ciudad Real produces an average of 45,000 tons of this high-quality food that, along with table olives and wine, is one of the products weighed down by the increase in tariffs imposed a year ago by Donald Trump of up to 25% .

The provincial oil sector has valued the new foreign scenario at the commercial level that opens in the American administration with the arrival of the new president Joe Biden.

Ciudad Real produces an average of 45,000 tons of this high-quality food that, along with table olives and wine, is one of the products weighed down by the increase in tariffs imposed a year ago by Donald Trump of up to 25% .

In the midst of harvesting green olives and early varieties such as Arbequina, producers and operators expect a reduction in these taxes at the border, which caused a 44% drop in olive oil sales in the region until May.

Consumption increases in the US

José Luis Amores, director of Montes Norte, one of the large olive oil groups in the province of Ciudad Real, with 7,500 members and a production of between 10 and 15 million kilos of oil, has indicated that the effects of the last US elections in the international commercial sphere are more beyond the change of president.

“Presidents, according to Amores, do not change foreign policy,” since, in his opinion, the regulatory system itself contemplates State policies, also in agriculture and foreign trade, which vary depending on geopolitical circumstances and relations with other blocks.

All in all, Amores has celebrated the oil’s success with North American consumers. “Consumption has exceeded 300 million and has reached 320”, including Spanish, partly introduced indirectly from countries not subject to tariff increases. “The channels have been reorganized”, through operators in territories such as Portugal.

For example, Montes Norte has sold its oil on American soil through “collaborating clients” such as Italians, one of the suppliers for the Americans.

Part of its average production of about 15 million kilos of extra virgin olive oil (EVOO) is commercialized in Spain, France, Italy or Germany.

The oelícola sector, Amores recalled, has “a lot of fluctuation” due to the influence of the weather on the harvests, which drags down prices and makes their values ​​very volatile.

For this reason, these types of groups have asked the Ministry of Agriculture to correct “the ups and downs in the markets” to maintain “uniform” prices.

For now and for two years, prices “do not cover the prospects of the farmer”, having prices of 2.5 euros per kilo of extra virgin olive oil, 2.10 euros for virgin oil and below two euros for of lampantes.

These values, he clarified, do not respond to the current scenario, because the market is moving and there has been a good campaign link. Nor will the collection at the national level have the volumes expected in spring, when 1.8 million tons were estimated.

Specifically, due to the effects of the drought, it will remain, according to Amores, at 1.4 million tons, an amount that may contribute to meeting world demand, due to the drop in production in countries with an olive-growing tradition such as Italy, Greece , Tunisia or Portugal.

“Worldwide, the harvest continues to decline, and Spain is a great potential” for a market “that lasts twelve months of the year”, although now coinciding with the harvest there is a concentrated supply that harms “from the olive grower to the processor” .
However, Amores trusts that outside the campaign prices will “rebound”.

Drop in exports to the US

The manager of the DO Campo Calatrava, César Cólliga, has said to hope that the “new American administration does not continue to hold us hostage in a trade war that is not ours.”

The 25% rise in taxes on oil, a leading food in this market, “has made a dent” in exports (also in those of olives and wine). According to the Association of Oil Exporters, Spanish oil shipments to the United States have fallen by 70%.

For this reason, we “hope” that the new White House policy “respects the rules of the game and the free market”, when it comes to continuing to position this quality food among North American consumers and in a market “interesting and with sustained growth ”. In this way, the producing entities and operators will be able to “continue to have growth opportunities”.

The DO, which this year expects a “round number” production of about 20 million kilos of olives and four million kilos of “potentially certifiable” oil, has its main customer base in Southeast Asia and Europe. They are their “natural” destinations, although they do not rule out more diversification.

The harvesting campaign, Cólliga recalled, is underway and “in full production”, with yields of around 20%, and as every year they bet in the beginning for the selection of green olives for highly qualified oils. 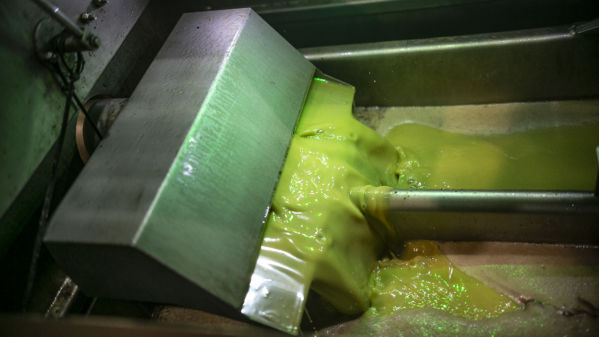 Producers must be compensated

In the same line Juan Luis Ávila, Head of Olivar at COAG Andalusia, has said to hope that the new US president “has a different attitude from the previous one.”

In his opinion, regardless of whether the European Union has applied tax increases to American products imported by countries of the old continent such as Spain, “we must seek agreements” between the two blocs or, if it continues, “compensate the producers due to the situation we live without eating or drinking it ”. “It is an issue of the aeronautical sector, he added, and it has nothing to do with us.”

Ávila has urged to promote contacts as soon as possible to be able to repair the “unjustified” damages suffered by the producer sector.

Profitability continues to be weighed down, he recalled, because oil prices, including the rise at the beginning of the season, are still “below production costs.”

The product from last year’s stock is paid at 1.80 euros per kilo of lampante and 2.20 euros at most for the extra virgin, while the new ones from this year “of exceptional quality” such as the “Si la autorregulación Premium green are paid at between 2.40 and 2.50 euros.

Regarding the harvest, already widespread in many points, Ávila has argued that it will be above the estimated in the territorial capacity, and will be above 1.4 million tons at the national level.

For this reason and to fight for worthy prices, in oil mills with large volumes, in his opinion, market measures should be applied, such as the voluntary withdrawal of part of the new production, to prevent price volatility, control outflows and adjust demand to supply.

“If really, the COAG spokesman explained, the self-regulation that the Ministry of Agriculture has on the table is applied in a coherent way and if we go to the estimated harvest, these measures would have to be applied.”