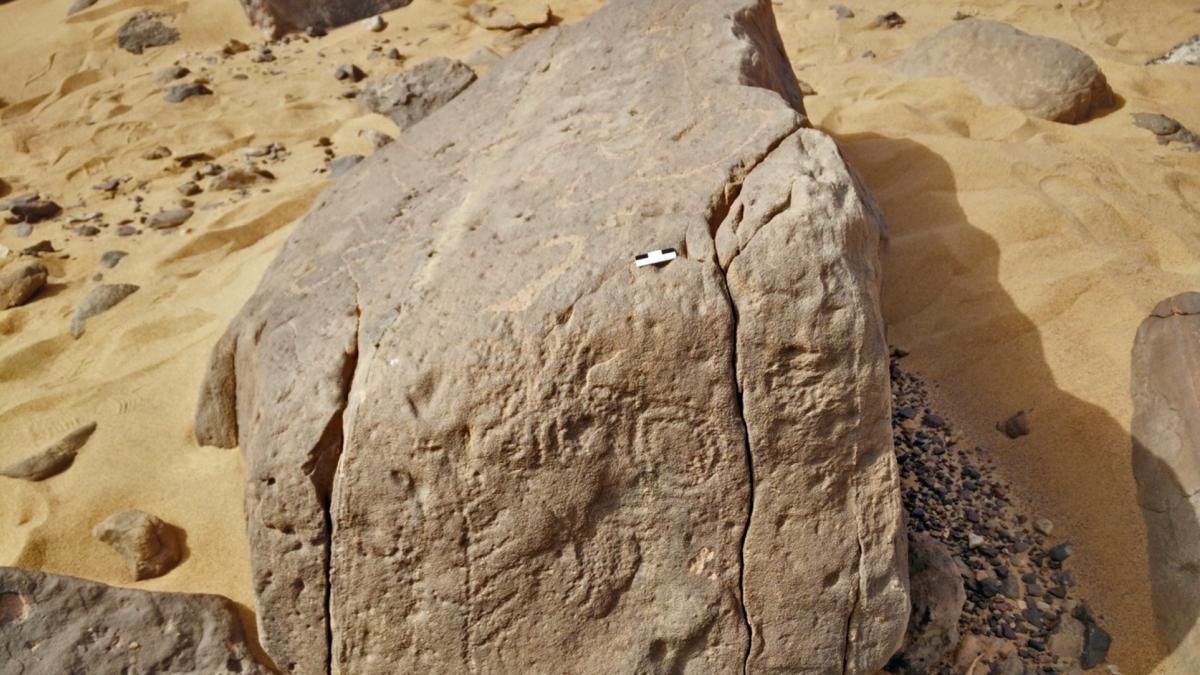 Researchers at the University of Bonn (Germany), in collaboration with the Egyptian Ministry of Antiquities, have discovered the oldest place name in history after deciphering the hieroglyph on a rock found in a recent excavation in the bed of an ancient river in Egypt.

The inscription consists of four hieroglyphs carved more than 5,000 years ago and in which it reads ‘Domain of King Horus Scorpion’.

According to the Egyptologist Ludwig D. Morenz, of the University of Bonn, “this ruler called ‘Scorpion’ was a prominent figure in the phase of the birth of the first territorial state in the history of the world “.

In a statement, Morenz added that “lived around 3070 BC”, although “his exact dates and the duration of his reign are unknown.”

The inscription on the stone was discovered more than two years ago in the area of Wadi Abu Subeira, east of Aswan, a little explored place. Since then, scientists from the Department of Egyptology at the University of Bonn have been working with the Egyptian Ministry of Antiquities to find out what message the hieroglyphs contained.

The name ‘Scorpion’ appeared alongside the other three hieroglyphs. One of them, in the upper right corner, presents a circular design which revealed that the stone was actually a sign with the name of a place. “This makes it the name of the oldest known place in the world,” says Morenz.

What makes this discovery even more valuable is that there are very little written information on the political, social and economic conditions in which people lived more than 5,000 years ago. For Morenz, this finding opens a window into the world of how the egyptian state arose and all the culture that surrounds him.