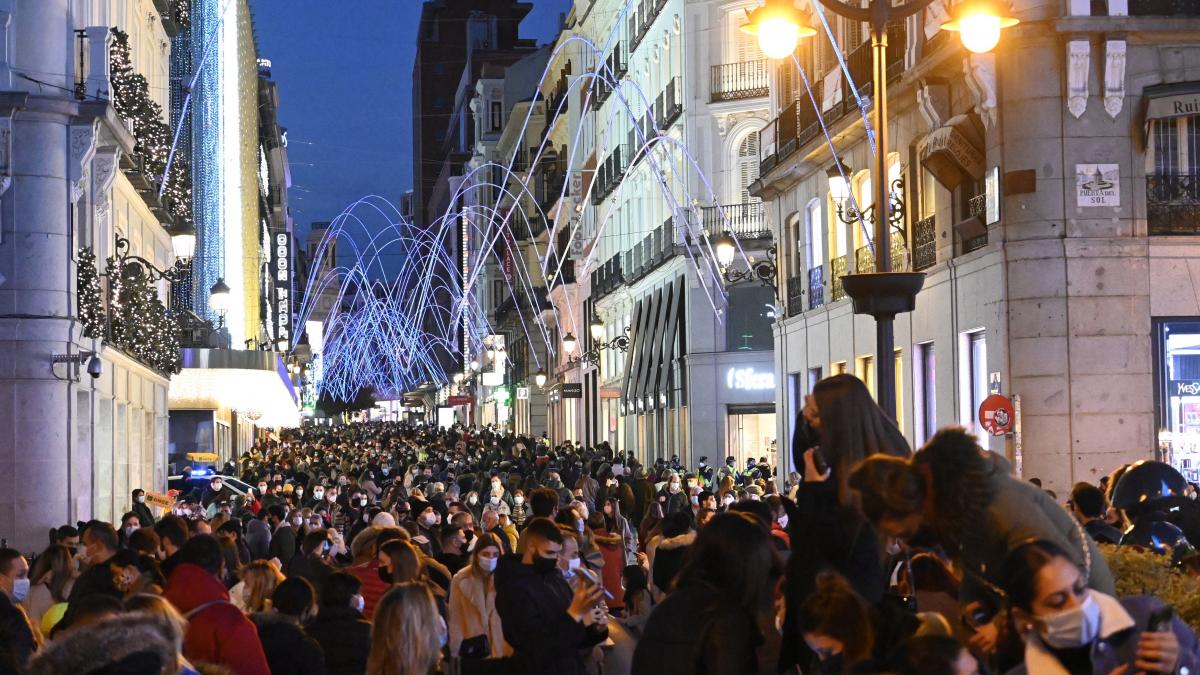 The Municipal Police, given the influx of pedestrians in Puerta del Sol taking advantage of the third holiday of the Constitution Bridge, has been forced to temporarily block access to the central Madrid square, according to Telemadrid.

These days about 200 agents monitor the streets surrounding Sol so that there are no crowds during Christmas days. The concentration has also forced the closure of the Sol metro station earlier than planned. “If they say at seven, it is at seven,” protests a citizen surprised by the advance of the cut.

The Police recall that the downtown area where the most attractive Christmas spots are (shops, nativity scenes, markets, etc.) occupies an area equivalent to 14 hectares, where “many people fit”, but in reality it is not the capacity that worries the Police: “What worries us is that people do not gather excessively.”